Home » Politics » Labour storms ahead in polls during Starmer isolation – what does this mean for party? 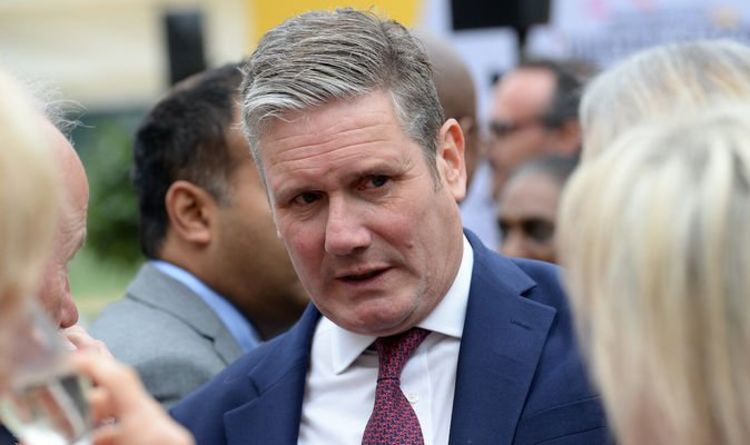 Recent polling from Deltapoll conducted between November 3 and November 5 found the Conservatives have only gained ground on Labour. Tories have added two percent to their vote share, now at a prospective 40 percent compared to 38 percent in October. Labour is level with its position last month, on 37 percent, and some people believe they have identified why.

Writing in the Times on Friday, commenter Matt Chorley declared he had “crunched the numbers” on Labour’s most pronounced poll gains.

He found that one variable – whether or not Keir Starmer was self-isolating – gave them a reliable boost.

Every time the Labour leader took time off after receiving orders to isolate, his party made fresh gains.

Sir Keir had to isolate for the first time on September 14, 2020, during which time his party – then four points lower than their primary rivals – levelled the playing field.

By September 17, the two had matched up at 40 percent of the prospective vote each.

The trend continued during another two isolations in December and January and again this month.

The leader’s latest and fifth isolation period started on October 27, when he received a positive Covid test.

During his time off, Labour has sped forwards, whittling down a six-point Tory lead to one, according to a YouGov poll.

Sir Keir’s isolation, if he waits the recommended 10 days, comes to an end tomorrow.

While there is likely no connection between his impending return and the latest Tory gain, there may be an explanation for earlier movements.

His previous times off have forced him to miss one or two appearances at Parliament’s despatch box during Prime Minister’s Questions.

Last week, she even earned some praise from the Prime Minister himself.

He said she had a “gigawatt more energy” than “her friend from Holborn”.

Mr Milliband is amongst the most popular Labour members, according to YouGov.

The pollsters currently rank him fourth most popular Labour figure, 25 percent in favour of respondents.

Sir Keir and Ms Rayner are leagues below him on the same table, in 21st and 32nd place.

Mr Milliband has several years of Labour leadership behind him and has delivered excoriating speeches against Mr Johnson from his new position in the shadow cabinet.

These reasons could explain why the party becomes more favourable during the current leader’s downtime.

Alternatively, the polls may be catching up to current events.

Some pollsters conduct fieldwork (going out to ask respondents for their views) before notable political events.

When they come out, they often don’t include people’s adjusted views.