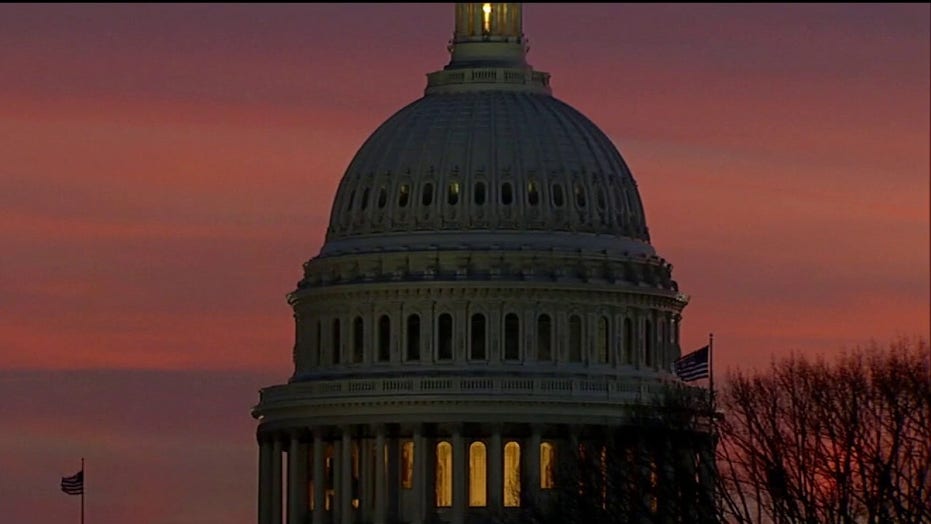 President Biden on Saturday hailed the passing of what he called a “long overdue” infrastructure bill after it passed the House with Republican votes a day earlier — and said “we’re just getting started.”

“Folks, yesterday I don’t think it’s an exaggeration to suggest that we took a monumental step forward as a nation,” a clearly delighted Biden said at a press conference.

The $1.2 trillion bill passed late Friday 228-206 after days of wrangling by Democratic leaders to try and secure votes of progressives — who had wanted it to be coupled with a separate $1.75 trillion spending bill. Democrats and the White House said the bill includes much needed investments in transit, roads and bridges and job creation.

Ultimately, six progressive Democrats voted against it — including members of the Squad such as Reps. Alexandria Ocasio-Cortez, D-N.Y., and Rashida Tlaib, D-Mich. 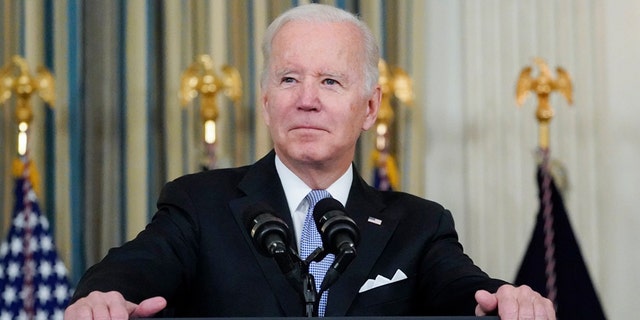 But House Speaker Nancy Pelosi was saved by 13 Republicans, many of whom are retiring, who carried it over the finish line — sparking anger from conservatives who said the bill was wasteful and packed with pork. Having already passed the Senate on a bipartisan vote, it now goes to Biden’s desk for signature.

Biden touted 5.6 million jobs since he took office and an unemployment rate of 4.6%.

“And we’re just getting started, we did something that’s been long overdue, that long has been talked about in Washington, but never actually been done,” he said, calling it a “once in a generation investment.”

Biden said the legislation will “turn the climate crisis into an opportunity,” create union jobs that can’t be outsourced, invest in passenger rail, modernize ports and airports and ease inflation. 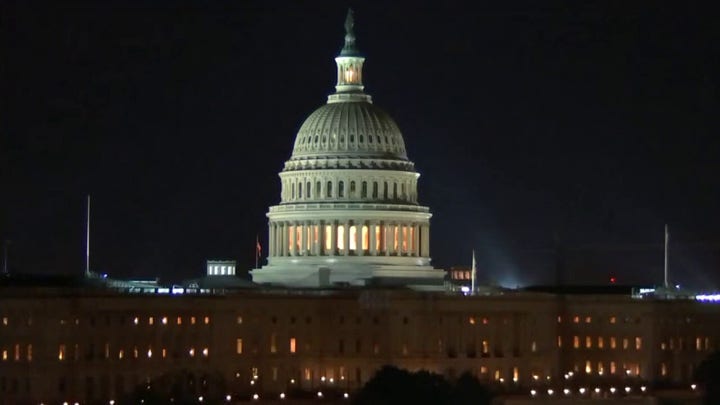 “We’re looking more forward to having shovels in the ground to begin rebuilding America,” he said.

The passage of the bill hands Biden a much-needed win after months of headlines involving the crisis in Afghanistan, the crisis at the southern border as well as escalating concerns about supply shortages and increasing inflation — as well as infighting within the Democratic party about various pieces of legislation. It also comes days after Democrats suffered a major defeat in the Virginia gubernatorial race, and barely held on to the governor’s seat in New Jersey.

Meanwhile, some conservative Republicans focused their anger on the members who had voted for the legislation, promising to support primary challengers to those eligible.

Rep. Marjorie Taylor Greene, R-Ga., listed the names of the 13 Republicans who in her words “handed over their voting cards to Nancy Pelosi to pass Joe Biden’s Communist takeover of America via so-called infrastructure.”

Those who voted for it defended their decision, with Rep. Nicole Malliotakis, R-N.Y., arguing that the funding “will be used by states and cities to modernize roads, highways, bridges, sewer systems, and flood resiliency projects, including right here on Staten Island and in Southern Brooklyn.” She also said that the passage of the bill would weaken efforts by Democrats to pass the separate spending package.

“It is my hope that now that the bipartisan infrastructure bill has passed, we have weakened the socialist’s negotiating hand and perhaps even killed this radical socialist spending spree once and for all,” she said.

But on Saturday, Biden doubled down and turned his focus toward the package that Democrats are trying to pass without Republican votes via the budget reconciliation process in the Senate. Moderate Democrats have balked at the size of the package, as well as various inclusions such as amnesty for illegal immigrants, massive climate provisions and tax increases. 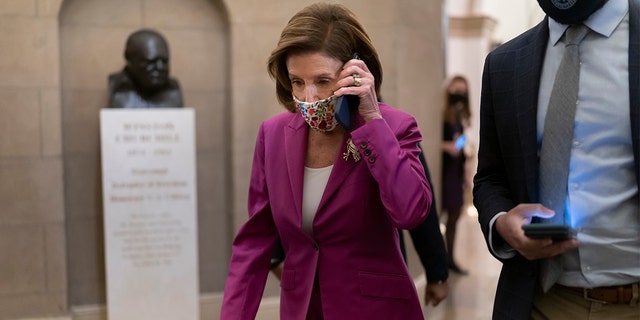 Progressives have fought against reducing the package, and had attempted to couple it with the infrastructure bill in order to keep moderates on board but were ultimately rebuffed on that effort.

On Saturday, Biden said that the House will take up the vote on the bill — called the Build Back Better Act — on the week of Nov. 15 and said he was confident it would pass the chamber, even with zero GOP support and a slim Democratic majority.

“Let me be clear. We will pass this in the House and we’ll pass it in the Senate,” he said. 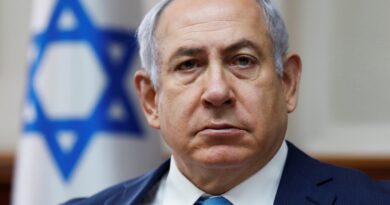 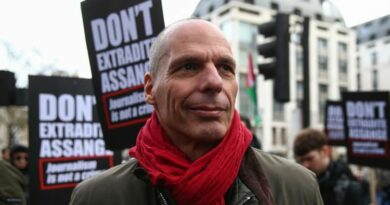