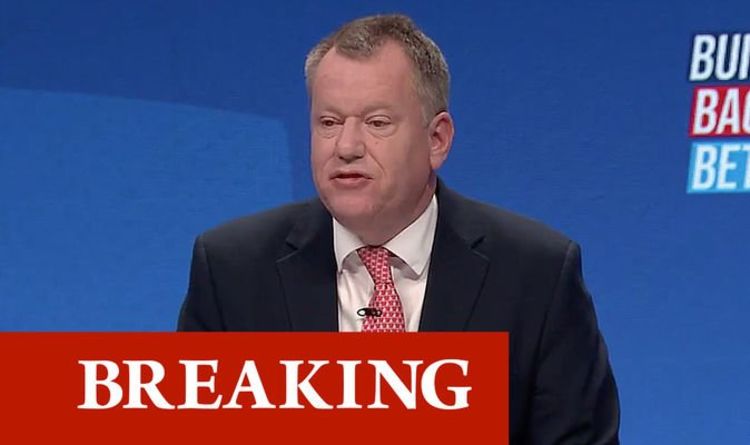 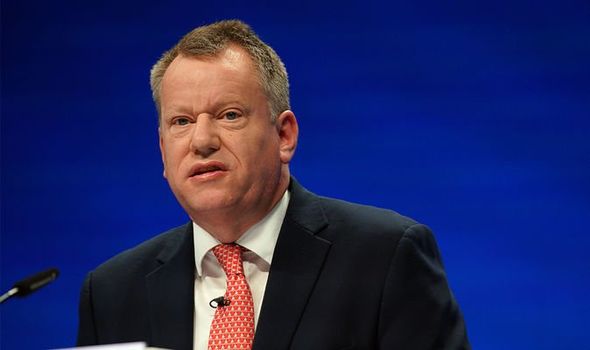 Speaking at the Conservative party conference in Manchester, the Brexit minister said the problems caused by the Protocol were having a devastating impact on Northern Ireland.

In a speech aimed as much at the EU as those Tory members in the room, he warned Brussels that “tinkering at the edges” will not fix the frictions caused by the Protocol.

He demanded the EU be more “ambitious” in attempts to find a solution.

But in a warning to Brussels, he said a solution would need to be found quickly in order to avoid the UK triggering the legal mechanism to suspend the Protocol’s implementation.

He said: “We cannot wait forever. Without an agreed solution soon, we will need to act, using the Article 16 safeguard mechanism, to address the impact the Protocol is having on Northern Ireland.

“That may in the end be the only way to protect our country – our people, our trade, our territorial integrity, the peace process, and the benefits of this great UK of which we are all part.”

It is understood the Government has privately set a deadline of the end of next month for a solution to be found to avoid using the nuclear option.

Senior government sources told The Times that unless the EU started to engage in a “serious negotiation” Article 16 would be triggered at the start of December.

In July Lord Frost published his command paper which outlined his proposals to renegotiate the Protocol to make it more sustainable in the long term.

It included scrapping bureaucratic checks on goods travelling to Northern Ireland that have no risk of entering the single market, and removing the European Court of Justice as the arbitrator of the deal.

“We await a formal response from the EU to our proposals,” Lord Frost said this morning.

“But from what I hear I worry that we will not get one which enables the significant change we need.”

He added: “If we can agree something better, we can get back to where we wanted to be – an independent Britain with friendly relations with the EU based on free trade.”

The European Commission is expected to publish its own proposals to solve frictions caused by the Protocol next week.

There are concerns Brussels will attempt to pressure the UK into accepting its plan by putting forward its solution as a “take it or leave it” package.

Lord Frost has made it clear both in public and in private that such a negotiating tactic would be unacceptable to the UK.

Admitting the Protocol has always been a risk, the Brexit minister and former negotiator said the UK has signed up to the mechanism in a bid to protect the Good Friday Agreement.

“We knew we were taking a risk – but a worthy one, in the cause of peace and protecting the Belfast / Good Friday Agreement,” he said.

“It was the right thing to do. It ended constitutional crisis.

“It meant our country could leave the EU, whole, free, and with real choices about the future.”