Shadow business secretary Ed Miliband has revealed that the Labour Party will support the public ownership of water, energy, and transport, stressing that they “haven’t changed this commitment”. It came after Sir Keir Starmer signalled he supports the nationalisation of water last month, which had been a key plank of Jeremy Corbyn’s Labour party policy during his time in charge of the party.

Mr Miliband said on BBC Newsnight: “We would be investing in the green recovery, we would be borrowing to invest because it makes sense to do that.”

Presenter Emily Maitlis asked: “I’m going to put to you-at your conference a Labour socialist grouping is going to ask Labour to vote for their green New Deal motion.

“You’ll be aware of this. It says, energy, water, transport going back into public ownership.

Mr Miliband replied: “There’s always the management of these things at conferences but yes I can tell you we are in favor of common ownership

“Wait for the conference but Keir Starmer said in his leadership campaign, he was in favour of public ownership

“We haven’t changed that commitment.”

He went on: “Why is that? Let me just explain this to you because, in particular in relation to natural monopolies.

“If we’re going to make this green transition, then public ownership is the right way to go.”

Ms Maitlis added: “So we may see the labour front bench voting in favour.”

Labour Party Conference 2021 will be held between September 25 and 29, the first physical one since Keir Starmer became leader. 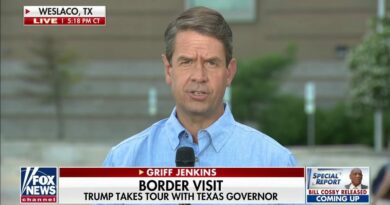