Home » Politics » Liz Peek: Trump vs Biden may not be the match Democrats are hoping for 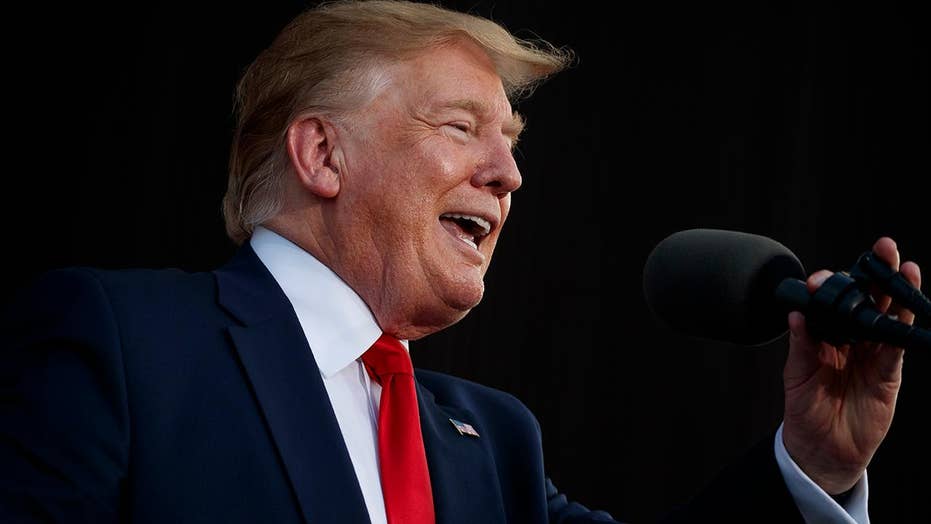 Crazy Bernie and sleepy Joe, who will be the next to receive a nickname?

President Trump is ready to rumble. At a recent rally, he mocked the large field running against him and implored Democrats to “Just pick somebody; let’s start this thing.” Nobody since Bill Clinton has showed such enthusiasm for the fight, or is so good at it.

At the same event, Trump completely obliterated Democrat wunderkind Pete Buttigieg, saying: "He’ll be great representing us against President Xi of China…I want to be in that room. I want to watch that one."

Who didn’t automatically picture the fresh-faced young mayor from South Bend facing off against the battle-tested, remorseless Xi? It is a devastating, and lasting, vision.

Trump has recently declared “Sleepy Creepy” Joe Biden his likely opponent in 2020, saying the former vice president could keep the pole position throughout the campaign. Everyone else, he says, is “fading fast.” He may be right.

Even as nearly every political soothsayer suggested that his first day as a candidate was likely to be his best, Biden has proven doubters wrong by pulling dramatically ahead. According to the RealClearPolitics average of polls, he now leads next-closest rival Bernie Sanders by an average of 27 points, up from 6 points the day he entered the race.

This, in spite of his unwelcome hug-fests, recent bone-headed dismissal of China as a rival, and an emerging story suggesting he used his office to win his son Hunter business deals with government-backed Chinese operators. Not to mention the frantic efforts by Democrat competitors to grab headlines.

For months Biden has been advertised as the candidate most likely to beat Donald Trump in 2020, and during that same period numerous surveys have shown that “electability” is Democrats’ number one priority. In head-to-head match-ups, polls show Biden indeed coming out on top by seven points.

But Biden has yet to run the Democratic gauntlet, or to engage with Trump. Many doubt he will emerge from either of those crucibles unscarred. Trump has already called him out for lacking energy; it is hard to imagine Biden keeping up with the incredible pace set by the president in 2016. Expect to see other attack-lines open up in the months to come.

Biden’s ascent comes at the expense of Bernie Sanders, Elizabeth Warren, Beto O’Rourke, Pete Buttagieg and others who have from time to time captured voters’ fancy. Why has their hold on the public proven, at least for now, so fragile? President Trump is part of the answer.

Trump’s reelection prospects do not rest on his ability to undermine his competitors via tweets or damaging nicknames, of course. The biggest challenge to the 20-plus Democrats in the race is the booming economy.

Bernie Sanders’ problem is that at 77 he is old news. He was the heartthrob of the progressive left in 2016, especially beloved by young voters enamored with socialism and critical of capitalism. But, for many Democrats, Bernie is just too “crazy,” as Trump calls him. He has recently advocated letting felons in prison vote, including the Boston Marathon bomber, he loves the Green New Deal, wants to slap a 77 percent tax rate on large estates, make public colleges free and to break up big agricultural concerns that have arguably made the U.S. the most productive farming nation in the world.

Polling shows 69 percent of registered voters do not think felons should vote; even more importantly for Bernie, most Americans do not favor socialism, and he has long described himself as a Democratic Socialist.

Sanders may hold his own in Iowa, but he looks to collapse in Florida, where older, more mainstream Democrats are all-in for Biden. A recent poll showed Biden leading Sanders by more than two to one in the Sunshine State; that lead, and what it says about Sanders’ prospects among moderates, spells doom for Crazy Bernie.

Senator Elizabeth Warren is running third today, but is mired in single digits in spite of popping out at least 12 ever-more-radical policies like breaking up our big tech firms, instituting an unmanageable wealth tax and encouraging a partial government takeover of our corporations.

Who can deny that President Trump doomed Warren’s run early on by dubbing her “Pocahontas?” That humiliating nickname drove her to an act of incredible political malfeasance when she chose to double down and prove via a DNA test that her claims were legitimate. It proved the opposite, adding to her humiliation. Voters were recently reminded of her duplicity when it turned out she claimed “American Indian” as her race in 1986 while registering for the State Bar of Texas. Americans do not like a cheat.

Beto O’Rourke briefly lit up headlines, backed by Oprah (publicly) and former President Obama (more privately). The young Texan has dropped to 4 percent in the polls and his fundraising has reportedly slowed. Worse, he is doing very poorly in those states where he has campaigned the hardest – New Hampshire (most recently at 2 percent), Iowa (5 percent) and South Carolina (2 percent). It seems the more voters see of Beto, the less they like him.

Trump called Beto a “flake” last year, echoing the views of many who found his rambling self-promoting videos embarrassing. As usual, Trump was spot on. After all, what would you call a candidate who calls off his campaign to go home to look for the family’s lost turtle, as Beto recently did?

Trump’s reelection prospects do not rest on his ability to undermine his competitors via tweets or damaging nicknames, of course. The biggest challenge to the 20-plus Democrats in the race is the booming economy. Better jobs and wages have made Americans generally happier with the direction of the country than they have been over the past decade, despite the ongoing furor in Washington.

In spite of all the accusations, subpoenas, and talk of a “constitutional crisis,” pollster John Zogby has the president at 46 percent approval, the same rating that won him the Oval Office in 2016. If the economy continues to do well, the Democratic candidate will have a fight on his or her hands – one that Trump is eager to join.

Mnuchin Dismisses Report That U.S. Ignored Coronavirus Warnings: ‘No One Expected’ It 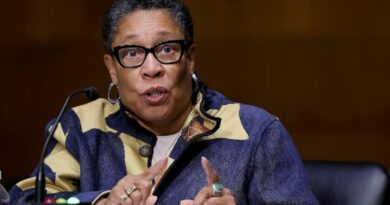