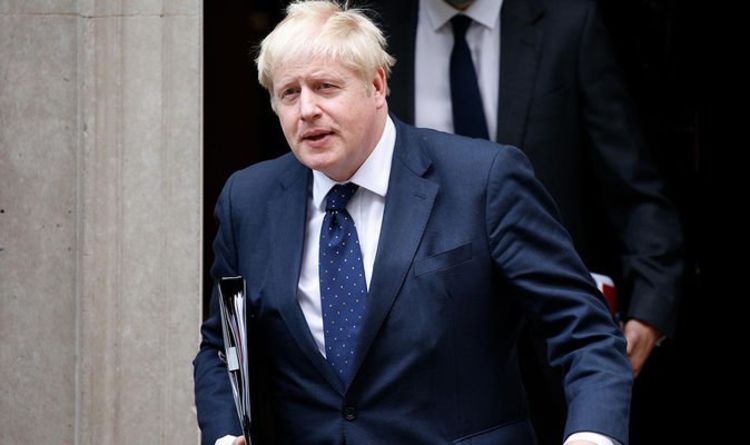 Amid fears the Government is planning for an October circuit-breaker lockdown, a new scientific paper paints a bleak picture for the rise in cases. The findings are from a report at the pre-publication stage of medical journal The Lancet, warn the NHS could be overwhelmed in a matter of just weeks without the re-introduction of some safety measures.

It claims that even if there is 100 percent take-up of vaccines among those currently eligible, there will be up to one million hospitalisations by the end of the year if the R-rate rises above two.

The current R-rate in England is thought to be as high as 1.1, but is expected to rise as the virus continues to spread following the end of the summer school holidays.

Dr David Strain, a senior lecturer at the University of Exeter and co-author of the report, warned there was an urgent need to take action now to prevent a crisis later in the year.

He said: “We found that there is going to be a steady and continued rise in infections and hospitalisations if further interventions are not put in place, whether they be physical distancing, the reintroduction of masks, or different vaccines strategies.

“If we don’t do anything, hospitalisations will be at the same level as they were at the previous peak by the beginning of November.”

At its peak in January, more than 4,000 Britons were being admitted to hospital every day.

There were as many as 39,254 Covid patients taking up hospital beds on January 18.

The rapid spread of the Alpha variant first detected in Kent at the start of the year put the NHS at breaking point with the NHS struggling to cope with the number of admissions.

SAGE member Prof Neil Ferguson has also warned this week there may be a need to reintroduce some restrictions if the “worst-case scenario” becomes a reality.

He said: “I think we will see a difficult few weeks.

“We’re expecting numbers to tick up.

“We need to monitor what’s happening in the next few weeks, and if we start seeing something closer to the worst-case scenarios – case numbers at 100,000 or more – there may well need to be some course correction at that point.”

It was reported by The i this week that contingency measures are being drawn up for a short lockdown attached to schools’ October half term in case it becomes necessary.

Vaccines Minister Nadhim Zahawi repeatedly refused to rule out a return to lockdown when quizzed on the reports earlier this week,

He said he “hoped” there would be no need for a new lockdown but added: “I’m not going to be arrogant to say to you this is a done deal, it’s all over, it’s fine, this virus is no longer in pandemic status.”

A Government spokesman admitted contingency plans were in place for the possibility of a lockdown but denied they were actively planning for a reintroduction of the stay at home order in October.

He said: It is not true that the Government is planning a lockdown or firebreak around the October half term.

“As set out in July, the Government retains contingency plans as part of responsible planning for a range of scenarios, but such measures would only be re-introduced as a last resort to prevent unsustainable pressure on the NHS.”

Currently there are 8,085 Covid patients in hospital with 1,060 in ventilation beds.

Yesterday a further 863 people were admitted for treatment.

5 key takeaways from the 1st night of Democratic debates

Newt Gingrich: Critical race theory spreading – but parents pushing back and here's how conservatives can help