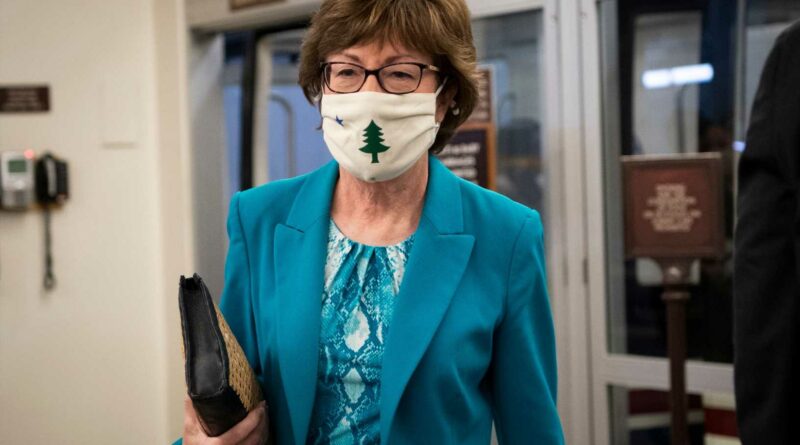 Local GOP officials are set to meet on Monday to discuss how to handle Collins’s vote after she was among seven Republicans to join all 48 Senate Democrats and two independents in calling for the conviction of Trump for his role in inciting the deadly mob that stormed the U.S. Capitol last month. The 57-43 vote, however, was 10 short of the required two-thirds majority for the conviction to stand.

News Center Maine reported state Republicans were frustrated with Collins’s vote and have been discussing how to respond following the Senate vote on Saturday.

“I do know that a lot of people are asking the GOP to do something,” Helen Tutwiler, the chair of the Kennebec County Republican Committee, which covers Augusta, told the publication. “What exactly that is, I’m not sure.”

A vote on the matter could come by the end of the month, according to the Bangor Daily News. The Maine GOP has not made a formal statement on the matter, and it’s unclear what effect a formal censure would have as Collins was reelected to another six-year term last year.

Collins has often broken ranks with her party. On the Senate floor on Saturday, she blamed Trump for spreading falsehoods about the results of the 2020 presidential election and setting “the stage for the storming of the Capitol.”

“My vote in this trial stems from my own oath and duty to defend the Constitution fo the United States,” Collins added in a statement after Saturday’s vote. “The abuse of power and betrayal of his oath by President Trump meet the constitutional standard of ‘high crimes and misdemeanors,’ and for those reasons I voted to convict Donald J. Trump.”

Other Republican senators have already been penalized by party members for their votes to convict Trump. The North Carolina GOP unanimously voted to censure Sen. Richard Burr on Monday, and Louisiana Sen. Bill Cassidy was censured by his state party shortly after the vote.

In Utah, the state GOP declined to discipline Sen. Mitt Romney, saying his vote to convict displayed “a diversity of thought” within the party.