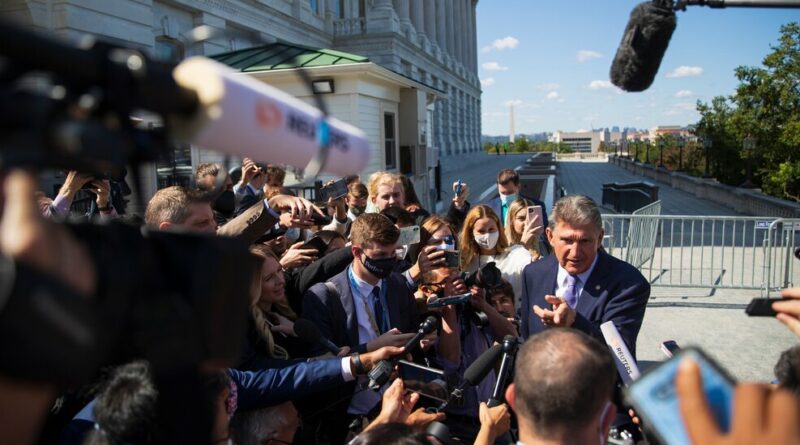 Senator Joe Manchin III of West Virginia, a centrist Democrat, said Thursday that he could not support a social safety net bill of more than $1.5 trillion, less than half the size of the package that President Biden and Democratic leaders have been trying to push through Congress.

In comments to reporters outside the Capitol, Mr. Manchin laid out publicly for the first time the general outlines of what he would be willing to support, putting detail to what he has said for weeks — that he could not vote for a package anywhere near the size of the sprawling $3.5 trillion plan Democrats sketched out in their budget blueprint.

Mr. Manchin’s relative silence on what specific proposals he would eventually support has frustrated liberals who have feared he would ultimately oppose an ambitious plan to expand health care, education, paid leave and anti-climate change programs, coupled with an array of tax increases on the wealthy and corporations.

It was unclear whether going public with those details would help assuage or further anger liberal Democrats, who have threatened to oppose a $1 trillion bipartisan infrastructure package on track for a House vote on Thursday without substantial progress toward passing the second, far larger bill.

Still, they were the clearest Mr. Manchin has publicly been about his willingness to support the social policy plan, which Democrats plan to push through using a fast-track process known as budget reconciliation that shields fiscal legislation from a filibuster. Democrats are trying to pass the package over united Republican opposition, meaning they cannot spare even one vote in the evenly divided Senate.

Mr. Manchin spoke out about his position after an agreement enshrining it, signed by both him and Senator Chuck Schumer of New York, the majority leader, leaked out on Thursday. The document, dated July 28, says that Mr. Manchin will not support any plan that lacks conditions for any new spending, accommodations for fossil fuel tax credits and natural gas, or does not devote any revenue exceeding $1.5 trillion to deficit reduction.

The agreement, obtained by Politico and confirmed by two people with knowledge of it, said that Mr. Manchin “does not guarantee that he will vote for the final reconciliation legislation if it exceeds the conditions outlined in this agreement.”

Mr. Schumer, who signed the agreement as he was working to persuade Mr. Manchin to support the budget blueprint, also appears to have scrawled “I will try to dissuade Joe on many of these,” underneath his signature.

On Thursday, his spokesman emphasized that Mr. Schumer did not consider it binding.

“As the document notes, Leader Schumer never agreed to any of the conditions Senator Manchin laid out; he merely acknowledged where Senator Manchin was on the subject at the time,” said Justin Goodman, the spokesman. “As the document reads, Senator Manchin did not rule out voting for a reconciliation bill that exceeded the ideas he outlined, and Leader Schumer made clear that he would work to convince Sen. Manchin to support a final reconciliation bill — as he has doing been for weeks.” 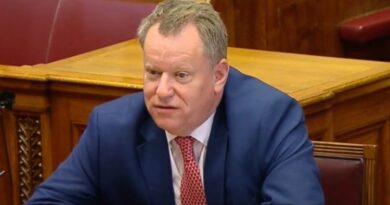 Cleaning up her mess! Frost pins blame on Theresa May for Brexit chaos: ‘Dog’s breakfast’

Human rights body could take government to court over ‘failure’ of 2,000 people