An Army veteran who won the internet by rescuing an alligator with a humble trash can is looking to help other families stay 'gator free'.

Abdul Gene Malik – who calls himself "The Bul Black Dundee" – launched a GoFundMe campaign on Wednesday to promote his gator catching services after proving his skills on viral video. 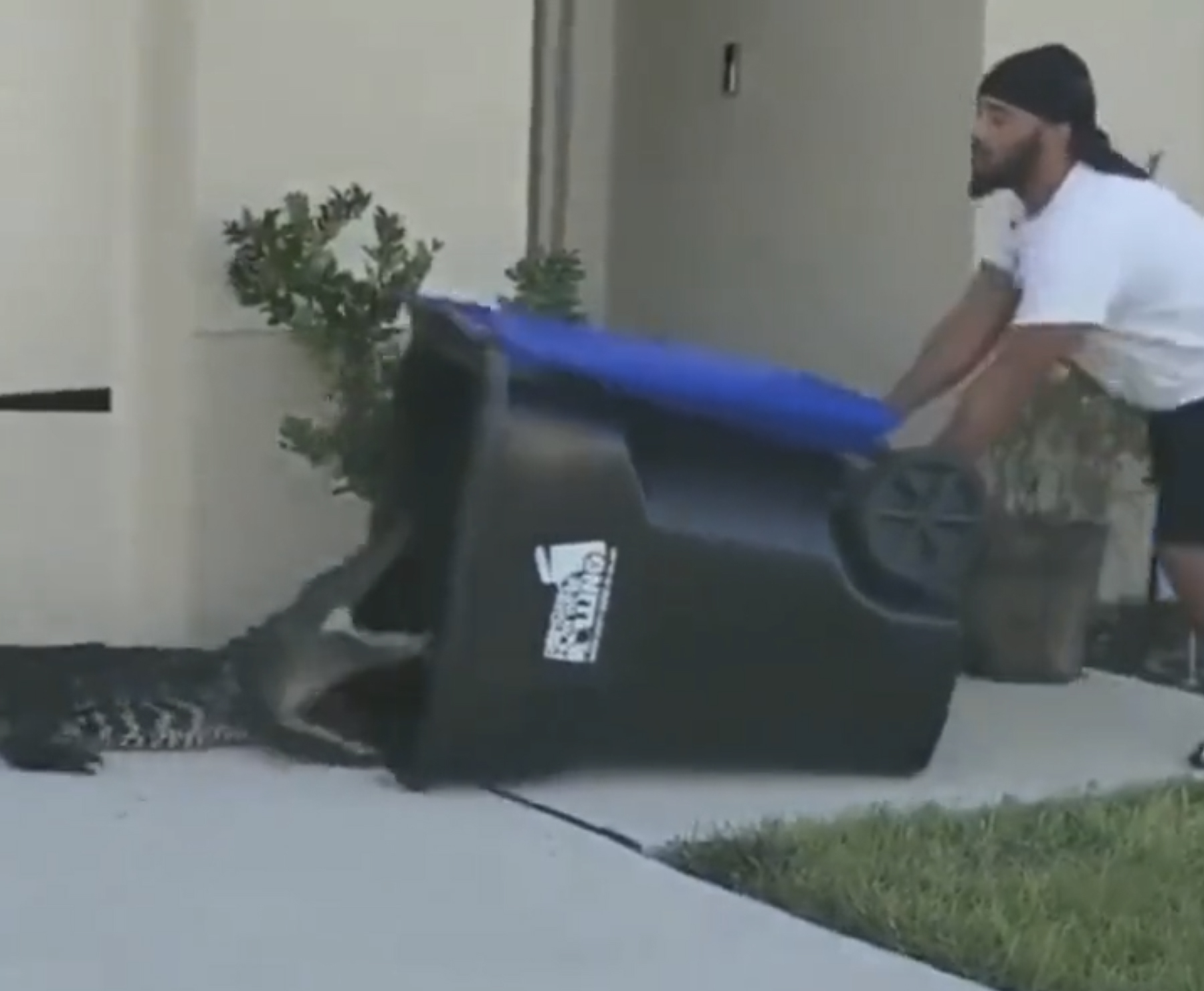 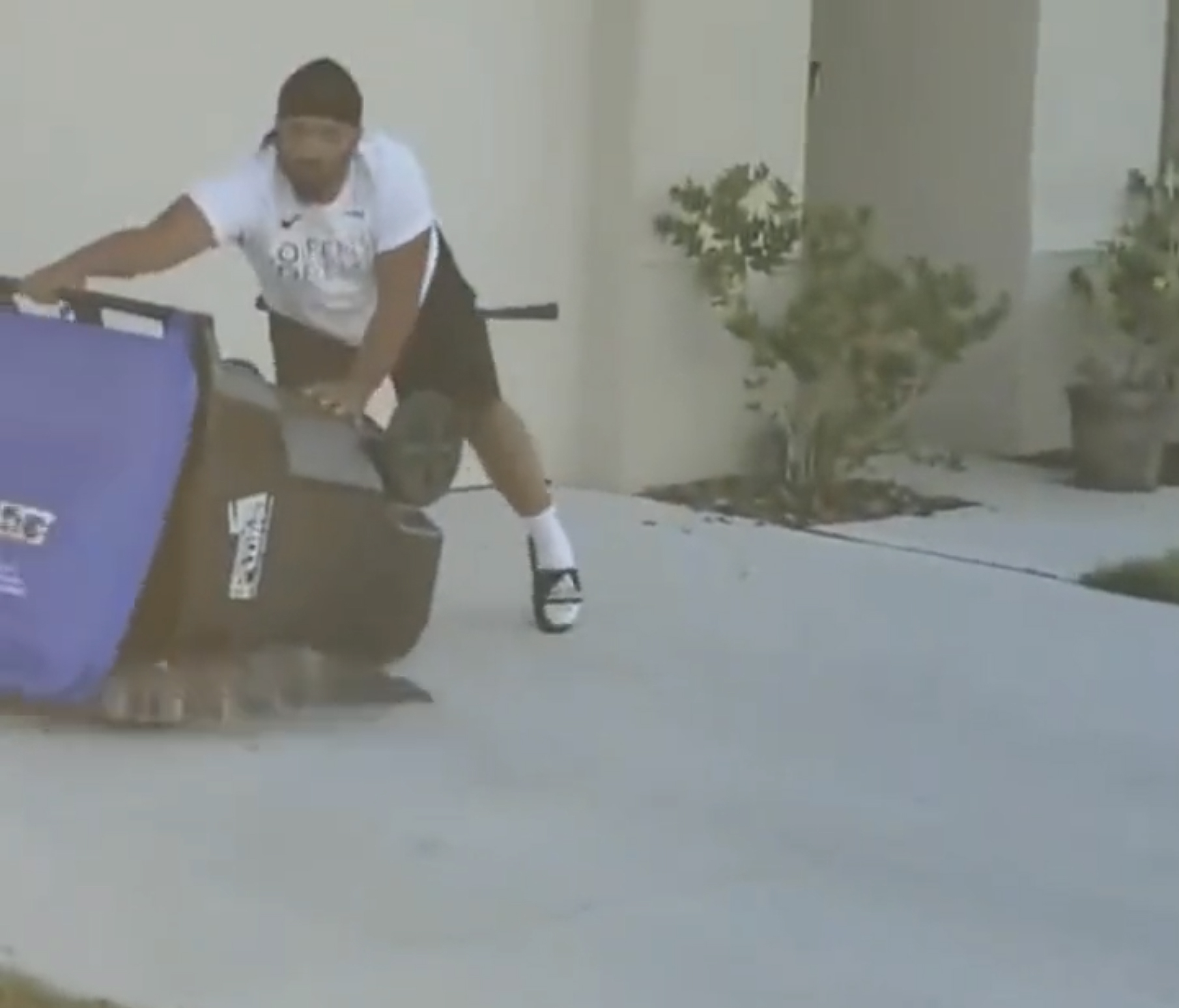 Malik shot to fame this week when he was filmed coaxing the reptile into a black garbage receptacle outside his home in Mount Dora, Florida.

He's now seeking to capitalize on his internet fame with the GoFundMe seeking $10,000 to support his "gator catching business" and to help get his family through "these difficult times".

In the description of the GoFundMe, Malik wrote: "On September 29th, 2021 I was faced with a life or death task that made me decide whether it’s me & my family or the Gator.

"I am a Combat Veteran that struggle to make ends month to month. Fortunately enough everything happens for a reason.

"I will be using this support to help my family & numerous other families to remain Gator FREE."

The campaign has raised $370 from 10 donors as of Thursday afternoon.

On Instagram, Malik describes himself as the "North Philly gator catcher", having been born and raised in Philadelphia.

His video of this week's catch captioned "crazy day in Florida" has racked up more than 120,000 views and hundreds of comments from mesmerized and terrified fans.

FIGHT OF HIS LIFE

Describing his brush with the ferocious critter, Malik told WVUE: “I got kids to protect.”

Video of the capture shows the determined Malik placing the bin on its side with the open end facing the open jaws of the large reptile.

They danced for a few steps as the alligator retreated, hissing and chomping at the bulky plastic vessel.

Malik can be heard informing the gawkers outside watching and cheering, declaring: “Let me know when he’s inside.”

After a few more steps, the lid of the can swings forward – dazing the gator on the head and giving Malik just enough time to capitalize and capture the gator inside.

Several of the onlookers rung out in cheers in support of Malik’s dauntless know-how.

He is seen scooping it up as the alligator’s tail thrashes.

Then Malik closes the can and wheels it out like it was a late afternoon pickup.

Only he kept rolling it all the way down a grassy knoll by the edge of the pond by some shrubs.

He then pushed down the can and let the gator free.

It quickly scurried down after the crash of the lid.

Malik quickly can be seen rushing back up the hill to return to his home. 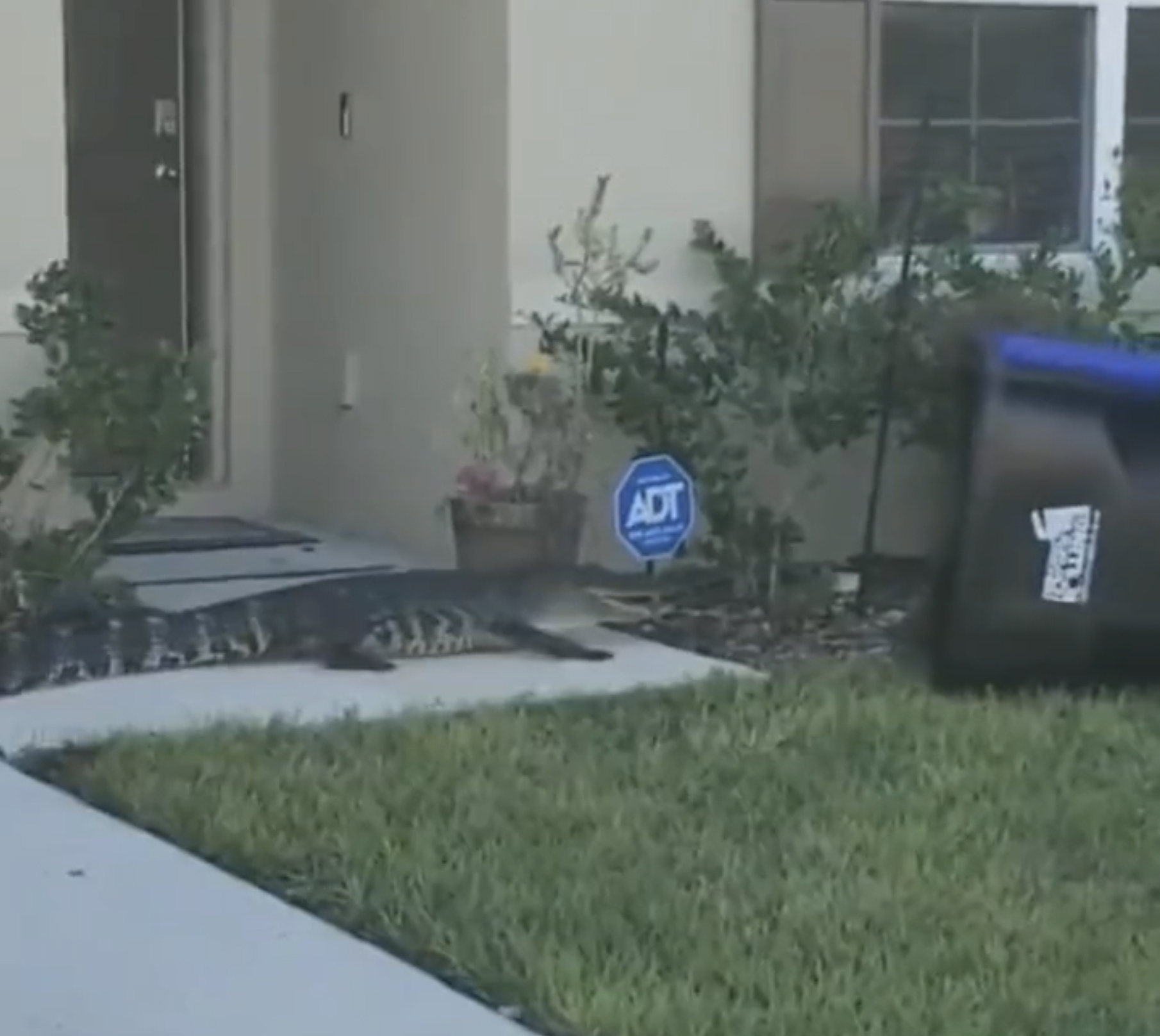 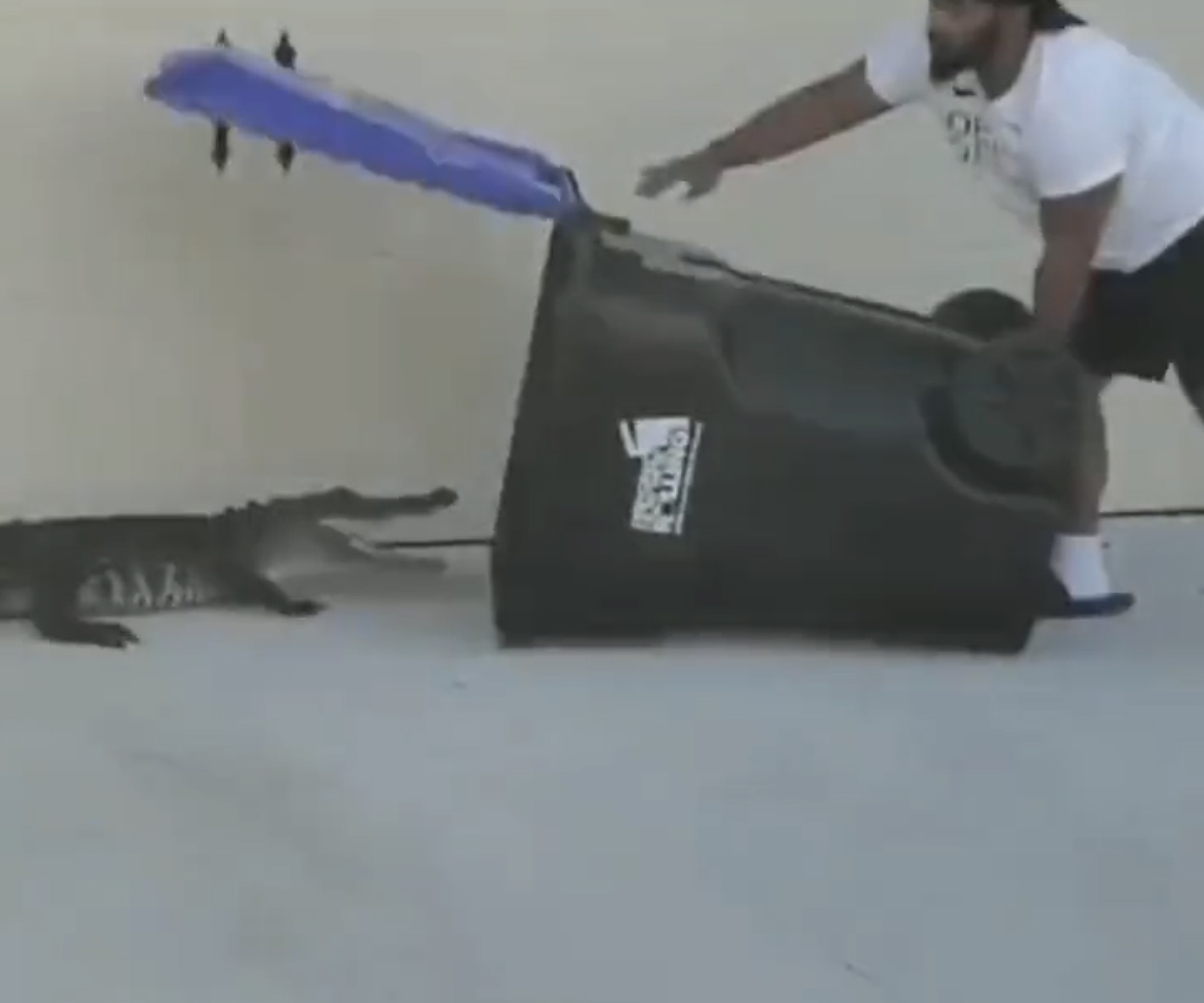 Four men are jailed over the death of 'humble' shop worker