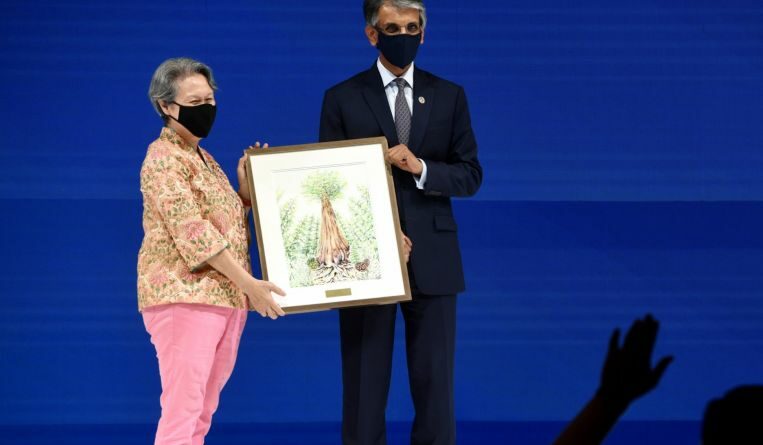 SINGAPORE – Long-time Temasek Holdings executive director and chief executive Ho Ching officially steps down on Friday (Oct 1), after some 17 years in charge at the investment company.

Ms Ho, 68, joined Temasek in 2002 as a director before taking on the role of CEO two years later. She is succeeded by Mr Dilhan Pillay Sandrasegara, who holds a dual role as CEO of both Temasek and its commercial arm Temasek International.

Ms Ho has been appointed to the board of Temasek’s philanthropic arm Temasek Trust effective Friday and will succeed Mr S. Dhanabalan as its chairman on April 1, 2022.

The Straits Times looks back on some of Ms Ho’s career highlights at Temasek.

Under Ms Ho’s leadership, Temasek’s net portfolio value more than quadrupled to $381 billion as at end-March this year. It had stood at $90 billion when she was first appointed in 2004.

During this period, Temasek’s exposure has expanded beyond Singapore’s shores, with investments in China now accounting for the largest share of its portfolio at 27 per cent. About half of its asset exposure was concentrated in Singapore back in 2004, compared with around 24 per cent as at March this year.

Financial services (24 per cent) and telecommunications, media and technology (21 per cent) remain the largest sectors in Temasek’s portfolio. Its exposure to the life sciences and agri-food sector has grown to about 10 per cent currently, compared with 4 per cent in 2017.

It was among the investors that invested around US$250 million (S$340 million) in German biotech firm BioNTech last year, which jointly developed a Covid-19 vaccine with pharma giant Pfizer.

In its financial year ending March 31 last year, Temasek’s one-year shareholder return turned negative and its net portfolio value dipped about 2.2 per cent from the year before. This was in part due to the market correction in the early stages of the Covid-19 pandemic, Temasek said then.

Nonetheless, it rebounded in 2021 as the global markets recovered, posting a one-year return of 24.53 per cent.

But Temasek’s growth into a major global investor has inevitably come with some failures, with its investments in Thailand’s Shin Corp and Australian education and childcare services provider ABC Learning Centres among its blips.

In February, when her retirement was announced, Ms Ho said it was a good juncture for the younger leadership to take over and lead the charge over the next decade.

Succession planning and looking for good candidates have always been important to Temasek’s senior leadership, both Ms Ho and Temasek chairman Lim Boon Heng said then.

Ms Ho built and nurtured a strong leadership bench in Temasek, with some even moving to senior appointments beyond the company, said Mr Lim.

Recruiting Mr Pillay was a long process, with Ms Ho taking three years to convince him to leave law firm WongPartnership and join the company, she recalled.

“I do remember that it was a hard sell. And it was more than once, so it wasn’t like a ‘slam dunk’. But then if you want to recruit the best people, it is always a hard sell.”

Ms Ho was originally to step down in 2009, with former BHP Billiton CEO Charles “Chip” Goodyear earmarked to take over from her. But Mr Goodyear pulled out just six months after the announcement, citing differences over strategy.

During Ms Ho’s tenure, the Temasek Trust and Temasek Foundation were set up to support public good and social causes.

Among its areas of focus are education, supporting those with special needs, disaster aid and sustainability.

Throughout the Covid-19 pandemic, Temasek has also played an active role in community efforts in Singapore and abroad, with nationwide mask, oximeter and hand sanitiser distribution efforts here.

It has also contributed medical supplies such as testing equipment and ventilators to help in the Covid-19 fight abroad.

In 2019, Temasek launched its social impact hub Temasek Shophouse, through which it seeks to elevate initiatives that contribute to the common good, hosting events and workshops on topics such as sustainability and mental health.

Ms Ho has been credited with driving Temasek to become a champion of sustainability.

Mr Lim said: “She has set the tone for a discussion about how companies can play a role in leading sustainability, and beyond that, put in place plans for Temasek and its portfolio to deliver.”

At the Global Compact Network Singapore summit in 2019, Ms Ho encouraged companies to take steps towards reporting their use of resources and reducing waste.

“Clean air, clear waters, healthy soil and green forests – businesses have a front-line responsibility to protect these natural resources. It is both good governance and a real contribution to a better life for people in their communities,” she said.

Sustainability has become a core focus for Temasek, with the company working towards net-zero carbon emissions by 2050. It has also been investing in companies addressing sustainability challenges.

Temasek also became more transparent under Ms Ho’s leadership, and started publishing its detailed annual report despite not being required to do so as an exempt private company.

In 2014, Ms Ho was awarded the Asian Business Leaders Award by think-tank Asia House, “in recognition of her impressive business credentials and her moral leadership and service to society”.

She was also lauded for her dedication to the highest standards in corporate governance, transparency and leadership.