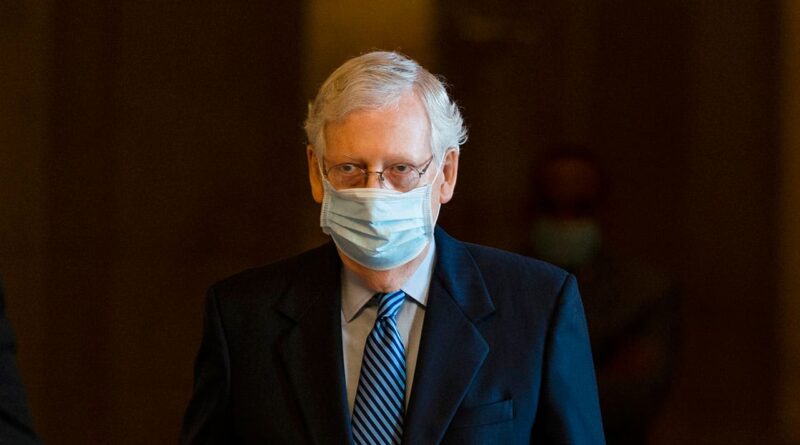 Senate Minority Leader Mitch McConnell, in a podcast released Tuesday, argued Democrats are trying to use the levers of power to give them a long-term political advantage despite the fact they hold the slimmest of majorities in both the House and Senate.

McConnell spoke on the conservative “Ruthless” podcast, where he assailed Democrats over their planned bills on elections, H.R.1 and S.1; attempts to add new states to the Union; efforts to remove the legislative filibuster and more.

“They want to change the system to benefit themselves and they want to have instead of a referee they want the FEC to be a prosecutor,” McConnell, R-Ky., said, referencing HR.1 and S.1.

“So this is not about anything other than trying to help the Democrats win elections in perpetuity,” he added. 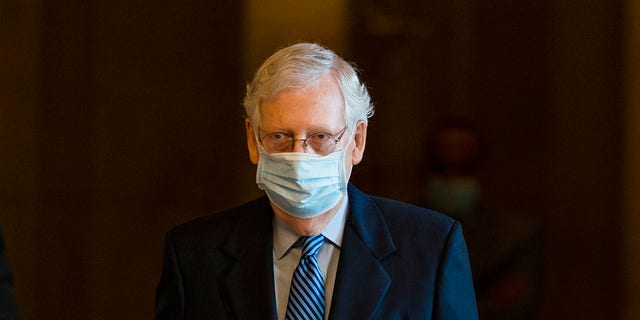 Democrats have framed H.R.1 and S.1 as key voting rights legislation aimed at increasing access to the polls and curbing corruption.

Senate Majority Leader Chuck Schumer, D-N.Y., said S.1 would “combat all of these voter suppression efforts by restoring critical parts of the Voting Rights Act… make it easier—not harder—to vote by automatically registering American voters when they get a driver’s license…[and] limit dark money and corruption in our politics, and much more.”

But McConnell on “Ruthless” Tuesday framed it as a partisan power grab.

“We had record turnouts last year… So this is not to drive up turnout, turnout’s already driven up,” McConnell said. “It’s to take over the Federal Election Commission so it can be a prosecutor. It’s to provide public funding for elections. It’s to provide the same-day registration, which I just looked at a survey that said something  81% of the Amerian people are concerned about something like that leading to vote fraud.”

He added: “It’s about eliminating voter ID at the polls, which the American people support 72-25. It also mandates what’s called ballot harvesting, that is going around and picking up ballots of other people. The American people, when that’s explained to ’em, oppose it 83-16.”

Senate Majority Leader Chuck Schumer, D-N.Y., praises his Democratic Caucus at a news conference just after the Senate narrowly approved a $1.9 trillion COVID-19 relief bill, at the Capitol in Washington, Saturday, March 6, 2021. One of the next major pieces of legislation the Senate will consider is S.1, a bill that would dramatically expand federal oversight of state elections, which Schumer supports. (AP Photo/J. Scott Applewhite)

One provision that McConnell specifically cited was the fact that S.1 and H.R.1 would reduce the number of members on the Federal Election Commission (FEC) from six, including three from each party, to five. In the new model, there would be two members from each major political party and a fifth who is required to be unaffiliated with either but would be appointed by the president.

Democrats say this is necessary because of dysfunction at the FEC, but McConnell said it is simply aimed at making the commission more partisan in favor of Democrats.

The Senate Rules and Administration Committee is holding a hearing on S.1 on Wednesday, which is likely to be a combative airing of grievances. Republicans are expected to rail against the bill as a partisan effort to gain an electoral edge while Democrats are likely to accuse Republicans of being against efforts to make it easier to vote.

McConnell also said Democrats are trying to solidify their power in the Senate by adding Puerto Rico and Washington, D.C., as states — with two senators each — “to be able to get what [they] want all the time.” To do that, he continued, Democrats are aiming to get rid of the legislative filibuster that lets a minority of 41 or more senators stop a bill from getting to a final vote.

“These folks are not interested in compromise,” McConnell said. “They’re interested in passing all of their bills to remake America in spite of the mandate that they did not get last year, as rapidly as possible. And the filibuster is what prevents that. So it looks like we’re down to two brave Democrats — Joe Manchin of West Virginia and Kyrsten Sinema of Arizona, preserving the institution.” 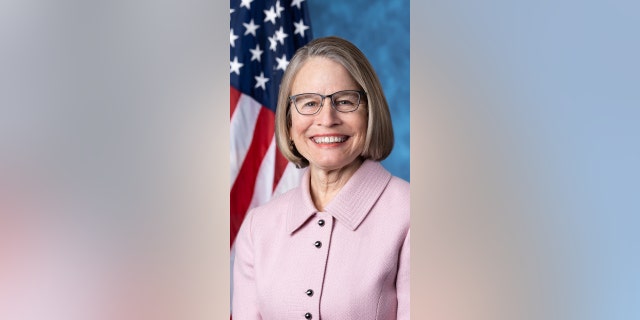 Some Democrats, meanwhile, say the filibuster needs to be removed because of Republican obstruction — despite the fact there has not been one instance of Republicans invoking a legislative filibuster this year. Democrats passed their coronavirus stimulus package using budget reconciliation, which bypasses the filibuster.

“Today, nearly 65 years after Strom Thurmond’s marathon defense of Jim Crow, the filibuster is still making a mockery of American democracy. The filibuster is still being misused by some Senators to block legislation urgently needed and supported by strong majorities of the American people,” Senate Majority Whip Dick Durbin, D-Ill., said last week.

McConnell also Tuesday on “Ruthless” accused Democrats of hypocrisy for aiming to potentially seat a Democrat in place of Rep. Mariannette Miller-Meeks, R-Iowa, who the state certified won her election by six votes.

“Sounds like they were preaching that in November in December that state certification was sacrosanct. I guess it’s sacrosanct except when it isn’t. Every time I think they can’t reach a new low, they do,” McConnell said. “They seem to be on the cusp of setting aside a certified winner — admittedly it was a close election — and seating the Democrat instead… Hypocrisy is not unheard of in Washington but this is jaw-dropping hypocrisy.”

House Speaker Nancy Pelosi, D-Calif., has not committed to unseating Meeks and seating her Democratic opponent, Rita Hart. But she hasn’t taken it off the table either. “There could be a scenario to that extent,” she said earlier this month.

The hosts of “Ruthless,” including former McConnell Cheif-of-Staff Josh Holmes, also asked the minority leader a set of lighter questions.

McConnell dodged one of them, refusing to choose which is his favorite distillery in Kentucky. But he was willing to choose a favorite among his favorite nicknames, which over the years have included the “grim reaper” and “cocaine Mitch.”

“My favorite was Darth Vader,” McConnell said. “I revere all of my nicknames but Darth Vader was my favorite”

Parents could be fined if they don’t send their children back to school in September, education secretary warns