The former New Labour Home Secretary slammed the corporation’s flagship station Radio 4 over its London-centric coverage which just highlights its “disconnect” from the rest of the country. Lord Blunkett believes there is still “much to commend and enjoy” about the BBC’s output.

But he claimed its “drift to pretentious, metropolitan self-indulgence is moving apace”.

In a letter published in Thursday’s Daily Telegraph, titled ‘Disconnected metropolitan bubble of Radio 4’, Lord Blunkett wrote: “Since the switch from the Home Service in 1967, I have been a listener to BBC Radio 4.

“There is still much to commend and enjoy.

“However, the drift to pretentious, metropolitan self-indulgence is moving apace.

“Supposedly about books on food and recipes for Christmas, it was regrettably more concerned with the programme’s participants, their predilections, and, sadly, their disconnect from listeners, for whom London is just ‘another place’, rather than the centre of the universe.”

His outburst came shortly after the corporation was criticised for telling senior managers to keep up their blood sugar levels because tiredness could lead them to make biased decisions during recruitment.

An in-house programme that seeks to tackle “unconscious bias” also told senior staff not to organise team drinks unless they know everyone can attend because someone may feel “left out”, the Daily Mail reported.

Recently appointed Director General Tim Davie said efforts to increase diversity and inclusion at the corporation were like moving an “oil tanker” and that “turning cultures” takes years.

Speaking during the Channel 4 Inclusion Festival, he admitted further effort is required.

He went on: “The truth of this though. It is a good speech and you have been very kind.

“But actually turning cultures takes years and this is an oil tanker I am moving here, with a group of people.

“So you are going to find instances where it is not working right. We have got loads of things to do by the way.

“We are not perfect… There is a lot of work to do.”

US ‘deeply alarmed’ over reports of military coup in Sudan 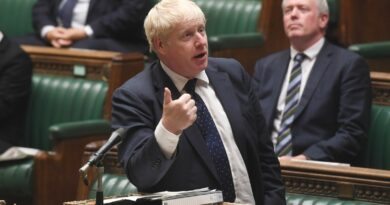