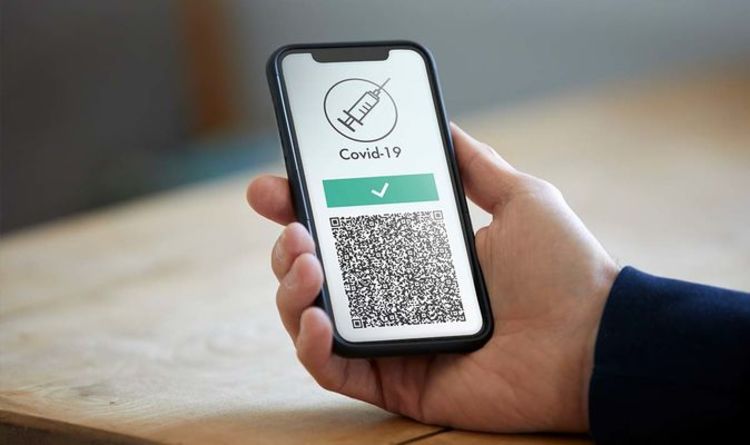 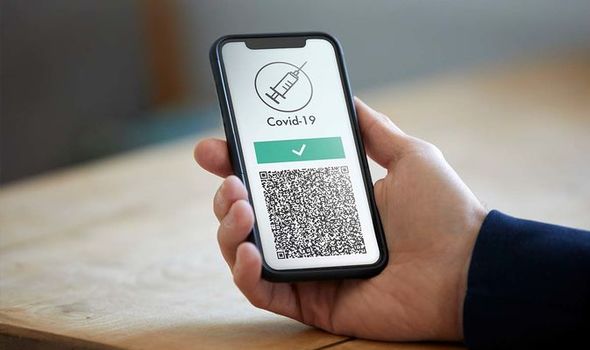 Campaigners for the Together Declaration petition, already signed by almost 110,000 people, fear that the UK Government will be pushed into agreeing to a so-called plan B to bring in new restrictions over the winter.

It follows warnings by chief medical officer Chris Whitty last week that the NHS will “experience an exceptionally difficult winter” this year.

Already this has been taken as an indication that pro-lockdown scientists working for the government will push for vaccine passports which have been introduced by Nicola Sturgeon in Scotland and the Labour government in Wales.

He said: “‘Vaccine passports would set an alarming precedent where our medical records become public and some people are subjected to discrimination as they seek to go about their everyday lives. Surely that isn’t the kind of society that we want to create?”

Another senior Tory MP, Sir Desmond Swayne added: “It is contrary to all our values and traditions to have to prove that we have undergone a medical procedure to go about our lawful business.

“It is coercive and discriminatory, the abandonment of liberal values; a frightful precedent to set. I am appalled that a Conservative government could contemplate such a measure.  If we start down this road the future is dark.”

Other confirmed supporters include MPs Esther McVey, Philip Davies, Chris Green and Henry Smith as well as Baroness Fox and Lord Sharpe from the Lords.

Covid passports are targeted at young people with a ban on going into nightclubs or large events like football matches.

Vicky McCann, a gym owner in Perth in Scotland said that the policy brought in by the SNP had “just caused confusion.”

One young man who uses her gym had just had tickets for Scotland international games at Murrayfield sent back because he was not vaccinated.

“He can go to Twickenham but not Murrayfield,” she said.

Ms McCann added: “This policy is unfairly discriminating against young people and trying to force them to take a vaccine that many of them do not think they need because they are not vulnerable to covd.

“I have noticed it has caused a lot of depression among a lot of the younger people who come to my gym.”

In Swansea, Oliver Moore has had to shorten his opening hours at his pub The Perch to not be designated as a nightclub even though he does not have a dance floor.

“We saw the venue across the road having to turn away hundreds of people,” he said. “We didn’t want that and we didn’t want to discriminate against people in this way so we took the hit on opening hours.”

He said that it was already costing him money after a difficult 18 months where his pub had to be closed with lockdown.

The declaration is being organised by campaigner Alan Miller who fears that vaccine passports in England will come.

He said: “The UK Government has never taken plan B off the table and now they have happened in Wales and Scotland it will be very tempting to introduce them.”

The petition has also been signed by leading scientists and medics including Professor Karol Sikora, leading cancer specialist; and Marcantonio Spada, professor of Psychology at London’s Southbank University.

Another signatory, Professor Carl Heneghan, director of the Centre for Evidence Medicine at Oxford University,  said: “There is no evidence that vaccine passports as an intervention will reduce transmission of Sars-CoV-2. Vaccine passports undermine our personal freedom, which is vital for finding a way  out of this pandemic.”

Professor David Paton, an expert in health economics at Nottingham University who has signed the declaration said: “Vaccine passports of big events like nightclubs and sport have never been subject to a proper cost-benefit analysis. The benefits in terms of reducing infections are likely to be tiny given the high proportion of adults that have been vaccinated and the fact that many of the vaccinated have already been previously infected and, hence, will have a high degree of immunity.”

Robert Dingwall, former government advisor, and professor of sociology from Nottingham Trent University, who has carried out extensive research on the use of vaccine passports said: “Vaccine passports are a tech industry idea in search of a problem. In terms of public safety, they have little to offer.

“Vaccinated people have a high degree of protection from their own vaccination. They also still have a potential to infect other people. By now, anyone who wants to be vaccinated has had an opportunity to do so.

“The unvaccinated are bearing their own risk and are no special threat to the vaccinated.”