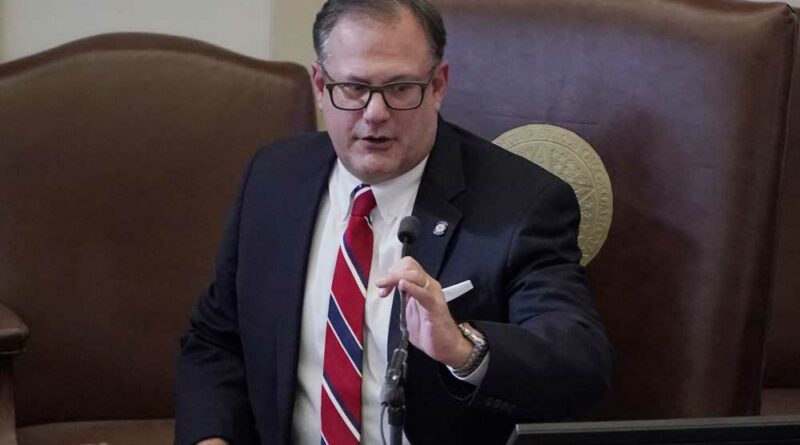 A grand jury indicted the Republican speaker pro tempore of Oklahoma’s state House for allegedly misusing his power to alter state law so that his wife could become a tag agent.

State Rep. Terry O’Donnell faces five felony and three misdemeanor charges while his wife, Teresa, faces three felonies and one misdemeanor charge, The Oklahoman reported late Friday. According to the AP, the most serious charge is conspiracy against the state, which comes with a maximum punishment of 10 years in prison and a $25,000 fine.

O’Donnell introduced a bill in 2019 to allow wives of legislators to become tag agents. In Oklahoma, tag agents are independent operators of agencies that provide government services such as driver’s licenses, vehicle registrations, title transfers, and notary services. Tag agents receive government subsidies to run their businesses, which are often found in rural areas that may not have easy access to high-speed internet, or a Department of Motor Vehicles.

The Beatles in India: 16 Things You Didn't Know

Just three months after the bill was signed into law, Teresa was appointed to take over the Catoosa Tag Agency, which her mother, Georgia McAfee, had run for more than four decades. Although Teresa had worked at her mother’s tag agency, according to the grand jury indictment, she lied on an application submitted to the Oklahoma Tax Commission stating she managed daily office operations and oversaw four clerks. In reality, the grand jury said it found, she only worked there part-time. The application additionally said commissioners could speak with Teresa O’Donnell’s supervisor, McAfee, about her job experience. But by then, the grand jury indictment said, McAfee was in hospice and was only semi-conscious from time to time, rendering her incapable of answering questions.

Not only did the bill allow O’Donnell’s wife to become tag agent, it also increased the prices that tag agencies could charge for a number of services. The grand jury alleged O’Donnell included that provision in the legislation “knowing full well that he had a personal or private interest in both the present operation of the [tag agency] by his mother-in-law … and by his wife … and therefore he had an additional personal or private interest in promoting and obtaining such a change of law.”

O’Donnell denied any wrongdoing by him or his wife, telling The Oklahoman in a statement that “political operatives in Oklahoma City are using this to discredit our family’s character and destroy our reputation as a personal vendetta against me.”

“We will ​vigorously defend our integrity,” he said. Last year, O’Donnell told the paper that his wife did not plan to become a tag agent at the time he worked on the bill and only submitted an application after her mother’s sudden death from pancreatic cancer.