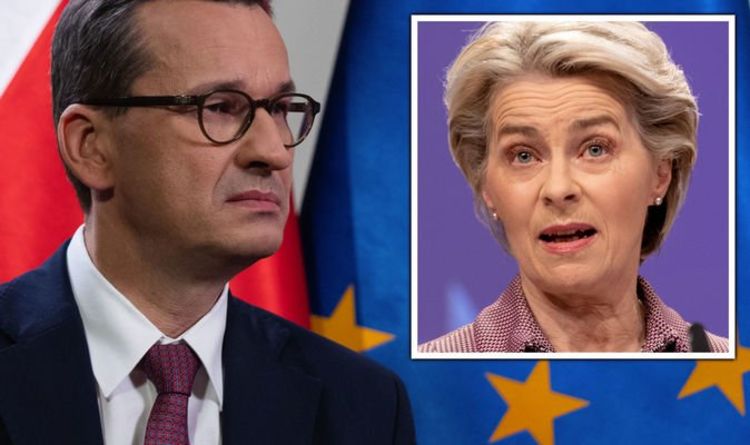 The ruling by the European Court of Justice (ECJ) forced Poland to make a decision of whether or not they would comply. Following this, the Minister has refused the order from the EU to make the payment.

But with this refusal, the country is now placed in a difficult position.

Should they decide to not make the daily payments, the disbursements from EU pots to Poland will be less than what they are now.

According to the PAP news agency, Poland “cannot and should not pay a single zloty”.

Mr Ziobro has argued that Poland should not “submit to lawlessness”.

A statement from the Brussels authority made clear that one way or another, the money will be recovered from the Polish Government.

A spokesperson said: “We have a very effective procedure.

“In the end, the amounts concerned will be recovered.”

After seeing the ruling, Piotr Mueller, the Polish government’s spokesman, said: “The issue of regulating the organisation of the judiciary is an exclusive remit of member states.

“The Polish government has spoken publicly about the need to make changes in this area, but the use of fines and blackmail against our country is the wrong path to take.

“This is not how the EU should operate.”

Angela Merkel had faced pressure from other EU states to penalise Poland in her final summit as Chancellor.

However, Mrs Merkel attempted to relax the tensions, saying lessons could be learned from the UK’s departure from the EU.

Mrs Merkel said: “Germany does not want to have a Polexit.

“Poland’s place is in the middle of Europe.

“We must not talk about how to isolate. We must try to fix the problem.”

A French diplomatic source told The Telegraph: “We will quickly move on to the next stage, which is the determination of a serious violation of the rule of law, which requires a four-fifths majority.

“This isn’t financial blackmail — it’s a response to fundamental principles, including judicial independence.”

Mark Rutte, the Dutch prime minister said: “I think we have to be tough…This is to do with the foundations of our democracies in this part of the world, here we cannot negotiate.”

Micheal Martin, Ireland’s prime minister said: “We are extremely disappointed with developments and how things have transpired and we believe the situation needs to be resolved in favour of the rule of law.”

Prime Minister of Poland, Mateusz Morawiecki wrote an open letter to the Presidents of the European Council, Commission and Parliament about Poland’s commitment to the EU.

He wrote: “I wish to reassure you that Poland remains a loyal member of the European Union.

“Poland respects this law and recognises its primacy over national laws, pursuant to all our obligations under the Treaty on European Union.

“At the same time, however, I want to make you concerned – and draw your attention to a dangerous phenomenon that threatens the future of our union.” 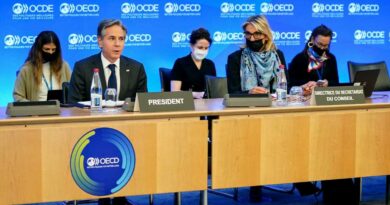