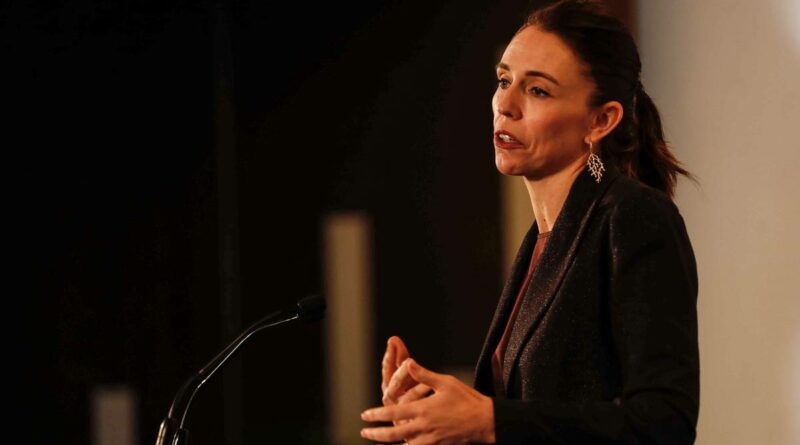 Prime Minister Jacinda Ardern says the Government has agreed to make an official apology for the dawn raids targeting Pasifika people in the 1970s.

The formal apology will be held at a commemoration event on June 26 at the Auckland Town Hall.

It was a defining era, Ardern said at today’s post-Cabinet press conference, with impacts still felt today by Pacific peoples.

The raids were routinely severe, with demeaning verbal and physical treatment. There were also random checks that racially targeted Pasifika. Other people of colour, including Māori, were also stopped.

“The dawn raids were a defining moment in New Zealand’s history and the emotional harm caused by them remains etched in the living memory of those who were directly impacted,” Ardern said.

“Communities at the time felt targeted and terrorised and there is clear evidence the raids were discriminatory and have had a lasting negative impact.

“An apology can never reverse what happened or undo the damage caused but we can acknowledge it and we can seek to right a wrong.”

Calls have been mounting in recent months for the Government to officially apologise for what critics call state-sponsored “terrorism” against Pacific communities in Aotearoa.

Pasifika were disproportionately targeted under both Labour and National-led governments, suspected of over-staying the terms of their visas, with instances of armed police and dog squads bursting into the homes of terrified families in the early hours of the morning.

The Minister for Pacific Peoples, Aupito William Sio, said the Government apology is an opportunity to promote a reconciliation process for those directly impacted by the dawn raids.

“I don’t think there is any Pacific family not affected by the dawn raids,” Sio said.

While they took place almost 50 years ago, the dawn raids were etched into people’s memories, and many had experienced PTSD as a result.

“[The apology] will also help Pacific youth stand up with confidence and pride about their identity as Pacific Peoples of Aotearoa,” Sio said.

“I am hopeful that the apology will affirm New Zealand as a country where every person irrespective of their colour, gender, sexual orientation or religious beliefs should be treated with dignity and respect.

“The apology will be delivered in a culturally appropriate way and is an opportunity to strengthen our relationship with our Pacific communities in Aotearoa and our Pacific neighbours.”

The raids and what they represented created deep wounds, Ardern said.

There had been two previous government apologies, to Chinese and Samoan people in 2002 relating to government actions, and the dawn raids met that threshold, Ardern said.

Ardern said the Government wanted to make the apology in a way that acknowledged the range of Pacific communities affected and to demonstrate the deep sorrow that exists.

The apology would be in line with past Government apologies, and not look into any amnesty or compensation issues.

There had been no advice provided to the Government nor concerns raised about the apology triggering compensation claims.

Now was the time for an apology, Ardern said. Some might think they happened a long time ago, but there were not many Pacific peoples unaffected by them.

Almost all Pacific members in caucus had a story from their parent’s generation, Ardern said.

The Polynesian Panther Party, which formed just before the dawn raids and this year celebrated its 50th anniversary, has been leading a campaign for the Government to formally apologise.

The Green Party welcomed today’s announcement, but said it needed to be “backed up” by action on immigration.

“This apology is long overdue, but it needs to be backed up with fixing our broken immigration system, including creating a broad amnesty programme for people who overstay and real pathways to residency,” says Green Party spokesperson for Pacific Peoples Teanau Tuiono.

“The dawn raids are a shameful stain on New Zealand history … fuelled and enabled by the New Zealand government.

“It is important the Government now acknowledges the legacy of the Polynesian Panthers and the role they played to stand up for the rights of Pacific communities. They ran food co-ops, homework centres, lobbied for support services and importantly organised against the Dawn Raids.”

• The dawn raids began in 1974 when the Labour government, faced with an economic downturn, clamped down on people overstaying their working visas. Samoans and Tongans – welcomed into New Zealand with open arms in the 1950s and 60s to relieve a huge labour shortage – became the scapegoats of rising unemployment, and were the main targets.

• Police with dogs burst into homes at dawn across the country; Pacific people were randomly stopped in the street. A study a decade later showed Polynesians had made up only a third of overstayers but more than 80 per cent of all prosecutions for overstaying. The majority of overstayers were from the United States and Europe.

• The election of a National government at the end of 1975 was followed by a fresh wave of raids against Pacific Island communities. Under the leadership of Robert Muldoon, the National Party had drawn on racist stereotypes during the election campaign. National set an immigration target of 5000 (down from 30,000) and was accused of stoking fears about immigration in order to win power.

• The distressing and divisive raids ended in the late 1970s but they damaged the relationship between Pacific Islanders and New Zealand, tarnishing its image of a rich, multicultural society.

• There was widespread support for the raids, but opposition grew over time and predominantly ranged from the Polynesian Panthers – set up in 1971 – to church and Pasifika, Ngā Tamatoa and anti-racist organisations such as the Citizens Association for Racial Equality (CARE) and the Auckland Committee on Racism and Discrimination (ACORD).

• Ultimately the raids became untenable – and they were also ineffectual, as the New Zealand economy continued to decline despite the deportation of illegal Pacific immigrants. In 1977 the Immigration Department changed its procedures for handling overstayers so these events would never be repeated.

• Despite this strained relationship, immigration to New Zealand from the Pacific Islands has increased since then, and Auckland today is the undisputed Polynesian capital of the world – with about 200,000 people identifying themselves with a Pacific ethnicity.

• The Polynesian Panthers started a campaign this year for an official apology for the dawn raids, drawing widespread community support, and backing from the Green Party and Human Rights Commission. Pasifika youth leader Josiah Tualamali’I and film-maker Benji Timu wrote to Prime Minister Jacinda Ardern and started a petition calling for an apology, saying the raids led to generational trauma.

One More Lie For The Road: Trump Again Insists China Pays His Tariffs