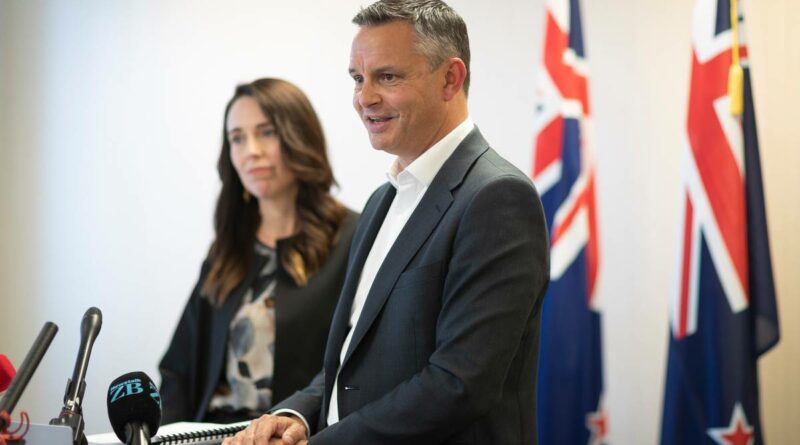 Ardern was speaking at the public release of the long-awaited final report of the Climate Change Commission, which lays out three pathways for New Zealand to meet its greenhouse gas reduction obligations by 2050.

It follows a draft report released on January 31, which warned the country was on track to fall millions of tonnes short of hitting targets under current climate change policies.

The final report, tabled in Parliament today, warns this situation has worsened under the latest emissions data from 2019, which showed New Zealand’s emissions continuing to rise.

This meant New Zealand’s three emissions budgets – the amount of emissions the country can emit over three periods to 2050 – had increased slightly, while the targets remained the same meaning a “slightly harder job” lay ahead.

In accepting the latest report, Ardern referenced her speech four years ago in Auckland when she compared climate change to the nuclear-free movement.

“The movement of the 1980s represented a life or death situation for the Pacific, and so does this.”

“When I first entered Parliament, more than 10 years ago, climate change was the subject of a select committee, questioning its existence. Things have shifted.”

Based on the latest data, New Zealand needed to be “more ambitious”, she said.

“And we need to start making changes as a nation now.”

The commission received more than 15,000 submissions on its draft report, with slight alterations made in seven key areas as a result.

In all, greenhouse gas emissions would have to drop from 2019 levels by 42 per cent, by 2035 – around the same proportion that gross carbon dioxide would need to fall by.

This was 6 per cent higher than the previous advice, based on 2018 levels.

The final report proposed the first three “emissions budgets” to get there.

The commissioners noted the good news was New Zealand could achieve a lot of what was needed without having to wait around for game-changing technology, and the commission set out precisely how.

Call for petrol car imports to cease by 2032

An industry co-led pricing system, sparing agriculture from joining the Emissions Trading Scheme, would have to truly work – and even then, livestock numbers as a result would have to fall by 15 per cent this decade.

By 2035, 60 per cent of New Zealand’s energy would need to come from renewable sources.

And by mid-century, low and medium temperature heat in industry and buildings would come from electricity and biomass.

Also among the bold steps the Climate Change Commission laid out an end to coal heating, greener homes and a waste-stripping “circular” economy.

• Winding down imports of fossil fuel light vehicles with internal combustion engines – or conventional cars – by 2032.

• Not taking action now will cost 2.3 per cent of GDP by 2050, almost double the cost to the economy of acting now.

There were seven key changes to the draft advice, ranging from a slight increase to the emissions budget, stronger partnership with iwi, a focus on equity, closer analysis of emerging technologies and the costs and impacts on GDP.

“The transition to a low emissions future for Aotearoa New Zealand will create jobs and new opportunities for Kiwi businesses, help reduce household energy bills, and secure our recovery from Covid-19,” Ardern said.

“There will also be benefits to health because of warmer, drier homes, more walking and cycling, and less air pollution.”

The commission had also made clear the costs of delaying action, Ardern said.

“It is smarter and cheaper to act now, and that’s why we’ve spent the last three and a half years laying the foundations for a prosperous, low-emissions economy.

“But we can see from the commission’s advice there is more to do.

“We need to ensure the way we get around, how we grow our food, and where we get energy from to keep our homes, schools, and hospitals warm is consistent with our climate targets.

“How we’ll do this will be set out in an Emissions Reduction Plan that will be published before the end of the year.”

Climate Change Minister James Shaw said the release of the advice marks a significant moment in the work this Government is doing to build a low emissions future for Aotearoa New Zealand.

“However we are yet to see a sustained decline in the pollution we put into the atmosphere. And even when we do, we need to ensure that decline continues and, in fact, picks up pace, every year until we hit net-zero. The commission’s advice makes clear that this is possible, but only if we act now.

“They have set out a pathway that would need every part of the Government to come to the table and commit to further action to bring down emissions in their sector. If we can do that, then we can reverse the current trend and finally bring emissions down in line with what science requires.

The commission advice recommends that the Government recycle revenue from the Emissions Trading Scheme back into emissions reductions programmes. Finance Minister Grant Robertson has already committed to doing this from Budget 2022. 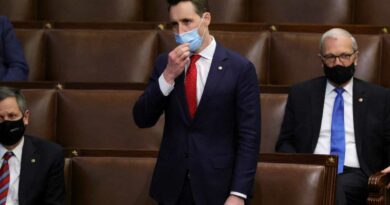 ‘Get Over It’? Why Political Influence in Foreign Policy Matters