The Dallas Baptist redshirt freshman stepped up to the plate with two outs in the seventh inning of an NCAA baseball tournament game against Oregon State. The bases were loaded as his Patriots trailed, 5-2. The winner would advance to the Super Regionals. The loser would go home.

When Beavers pitcher Joey Mundt sent a first-pitch fastball over the plate, Benefield responded with this:

Benny hits a grand slam on the first pitch of his at bat and DBU has the LEAD!
pic.twitter.com/BRlD0owz6t

Umpire runs out of patience

Yep, that's a go-ahead grand slam in the late innings of an elimination game. Benefield took a moment to soak in the likely once-in-a-lifetime experience as his ball carried toward and eventually over the left-field wall. That is until the home plate umpire had seen enough.

The umpire/baseball culture warrior dropped his mask, stood up from his stance and yelled at Benefield while gesturing emphatically for the Patriots' hero to start running. Benefield obliged before soaking in the accolades at home plate for securing the 6-5 Patriots lead.

You will NOT admire your home runs with this umpire pic.twitter.com/6ivfTYbDg1

The Patriots added two more runs in an 8-5 win as Benefield's slam ultimately stood as the game's final margin. After the game, he talked about his experience.

"It's surreal, this is why I wanted to come to college so I could experience moments like this," Benefield said. "I was just looking heater out over the plate. I thought he was going to work away, but it missed over the plate and I just turned on. I just stuck to our approach and it worked out.

"It's such a blessing being here at DBU, I love every guy in this dugout."

DBU advances to face Tuesday's winner between Virginia and Old Dominion in the Super Regional. There's no word if the angry umpire will join them there. 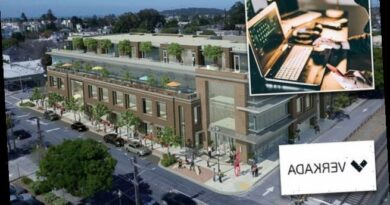