Reporter Jake Wallis Simons has warned that Dominic Raab might be removed from office during the Cabinet’s upcoming reshuffle. Mr Wallis Simpson suggested the Foreign Secretary could become the “fall guy” in the aftermath of the chaotic evacuation of Afghanistan over the past two weeks. Mr Raab faced backlash after he delayed his return to the UK from his holidays despite the Taliban reclaiming Kabul and for allegedly failing to coordinate with Pakistan and other neighbouring countries to facilitate the evacuation of civilians.

The Jewish Chronicle editor told Sky News: “I think that Raab’s position is very difficult to sustain in the upcoming reshuffle.

“I think that even Boris Johnson will be forced to make him the fall guy, unless the chickens come home to roost at Number 10.

“I think that, you know, in a way, this is difficult for Boris.”

He went on: “Because Raab has been loyal.

“He was the person who was chosen to deputise Boris when Boris was in hospital with COVID because he knew that Raab wasn’t going to try to occupy his seat permanently.

He continued: “Michael Gove, for example, who has a long history of backstabbing with Boris.

“Funny enough, it may be that Michael Gove is put into the position of Foreign Secretary if and when Dominic Raab is moved out because that will keep Michael Gove out of Britain, overseas, a lot.

“So Boris has got options but we’re likely to see the demise of Raab fairly soon.”

Dominic Raab has found himself under repeated criticism over the chaotic nature of the UK departure from Afghanistan.

Many MPs have piled pressure on Mr Raab.

Sturgeon under pressure to make four-day working week PERMANENT as Scots back £10m scheme [Analysis]
‘How is that no retaliation?’ Taliban grilled as Susanna Reid confronts him on Kabul crime [Video]
Taliban warned ‘they will pay high price with their blood’ as rebel forces amass in valley [Insight]

Tobias Ellwood, Conservative chairman of the Commons Defence Committee, told Talk Radio: “There are some big questions about the quality of our statecraft.

“And the quality of our back channels and the strategic insight that we have to provide solutions, which is something usually we are pretty proud of.”

A Cabinet reshuffle is not believed to be imminent.

Biden will beat Trump, says historian who predicted every presidential race since 1984 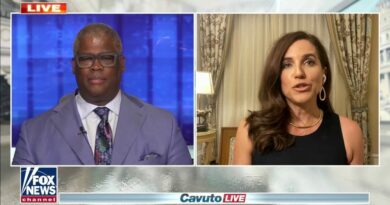