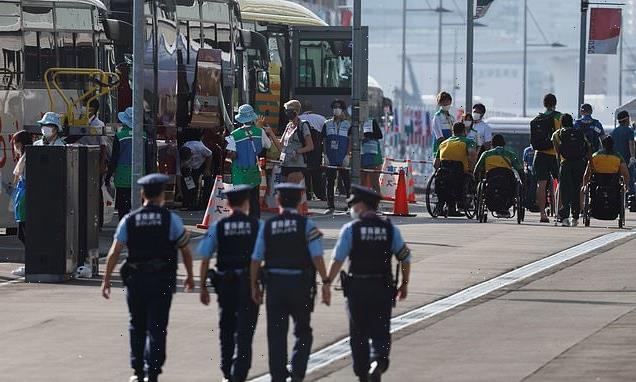 40 cops disciplined for getting paralytic at the Paralympics: Officers seconded to Tokyo got drunk and started a fight with civilians before finishing the night at a brothel

A detachment of around 40 police officers sent to provide security at the Tokyo Paralympics have been sent home for drinking, brawling with members of the public and frequenting a brothel.

The officers were members of a special security unit from Yamanashi Prefecture sent to Tokyo to provide back-up to local police at venues and to control traffic during the Games.

According to the unit’s internal regulations, the Asahi newspaper reported, the men were not permitted to drink alcohol at their accommodation in Tokyo, but a number of the officers defied that ban on Saturday. 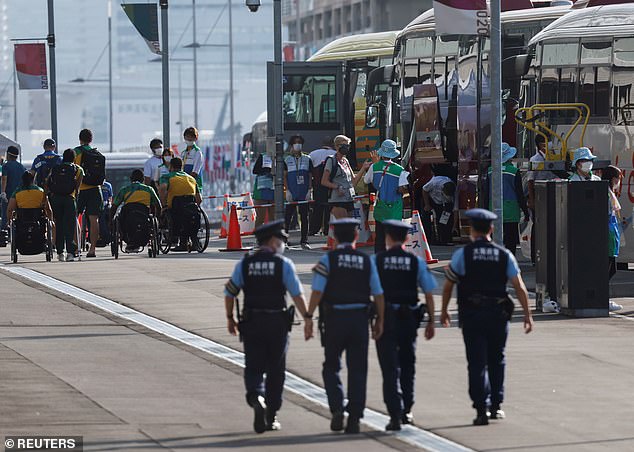 Despite the state of emergency and appeals from both the national and Tokyo metropolitan governments for people to stay at home and avoid public places, some of the officers left their accommodation and became embroiled in an argument in the early hours of Sunday that developed into a fight with members of the public.

No-one sustained serious injuries in the confrontation, close to a train station in the Sumida district of the city, although a member of the public summoned the police to intervene, at which point the sober officers confirmed they were detaining intoxicated colleagues.

Sources also told the paper that several of the officers had gone to a brothel during their stay in Tokyo.

The entire unit was relieved of its duties in the capital and ordered to return to Yamanashi Prefecture on Monday.

Tokyo police are referring inquiries into the incident to Yamanashi police.

In a statement issued to the UTY Yamanashi television station, the prefectural police said the allegations are being investigated and that ‘measures’ will be taken. 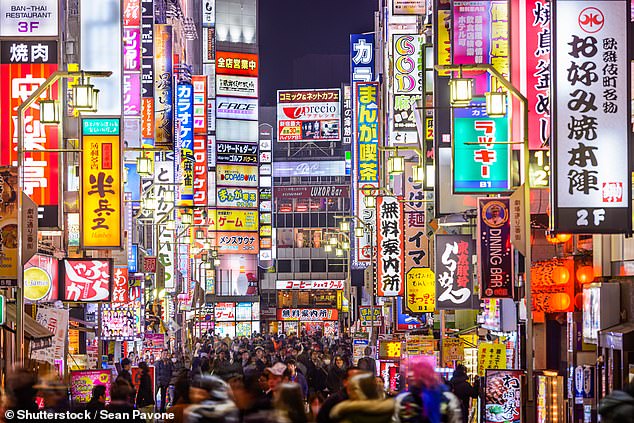 Sings in the Kabukicho entertainment and red light district of Tokyo

Social media users have been quick to condemn the officers’ behaviour, with users of the Yahoo Japan news site concurring that the incident is ‘shameful.’

‘It’s embarrassing that they got drunk, went out and made a fuss with members of the public,’ said one post on the site.

‘I know their job is sometimes stressful, but it’s the same for everybody and they need to follow the rules as well.’

Another said, ‘They have brought shame on their colleagues in Yamanashi. They should be ordered to retire from the force.’

The C.D.C. updates its findings: Mask-wearing protects you, not just those around you. 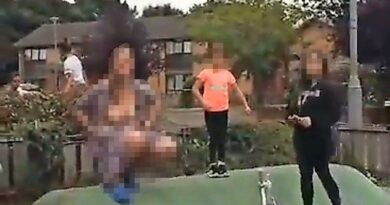 Kids 'petrified' after woman 'flashed her breasts at children in play park' as suspect, 50, charged 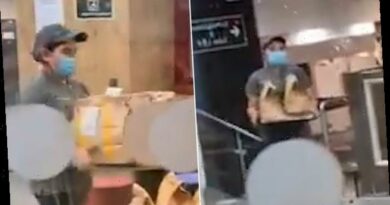 McDonald's employee 'is forced to fill large orders on her own'