Home » Politics » Race is on trial in Chauvin case. And whatever the jury decides won’t be enough. 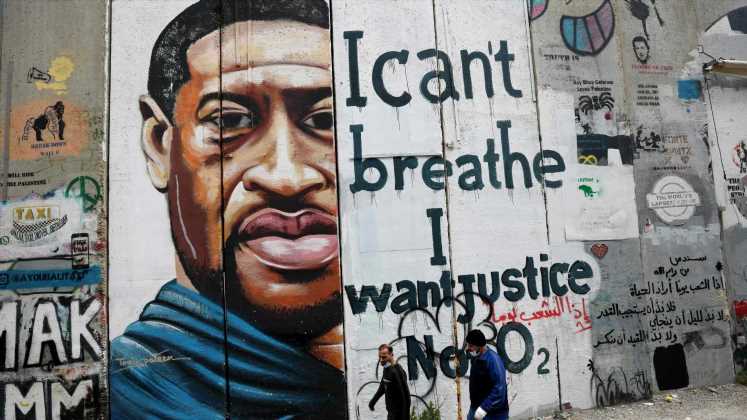 It’s not just Derek Chauvin on trial in Minneapolis; it’s our nation’s values around race too. Can we provide any semblance of justice to Black and brown people who face violence at the hands of police officers? Will a guilty verdict even make a difference? We already know the answer: Whatever the jury decides, it won’t be enough. The only thing that will make a difference is meaningful change to the status quo.

The good news is that there are real opportunities for action.

In 2018, with overwhelming support from both Republicans and Democrats (yes, really), Congress passed the First Step Act and reauthorized the Juvenile Justice and Delinquency Act. These laws are limited, but they demonstrate a growing understanding that the current situation must change.

Our policymakers have the backing of the American people. According to a poll from the Associated Press, there is near-universal support for changes to the criminal justice system: 29% support “a complete overhaul,” 40% support “major changes” and another 25% say it needs “minor changes.”

Incremental reforms to law enforcement may have tilled the ground for change. But the time has come to think far beyond the boundaries of the current criminal justice system to a deeper understanding of how it became so “broken,” as many people describe it, in the first place.

COLUMN: The struggle to reopen George Floyd Square: ‘Injustice closed these streets; only justice should open them’

Actually, that’s a good place to start — the fallacy of using “broken” as an adjective to describe the status quo. At a certain point, a system isn’t “broken” if we know what it’s doing and allow it to keep happening.

The current system is built on a foundation of structural racism and chronic poverty, which was put under a magnifying glass over the summer with the killing of George Floyd — and too many others — by police.

Floyd’s treatment by Chauvin points to what’s wrong with the way racial minorities are treated throughout the system: Black people are incarcerated at 3.16 times the rate of white people, according to 2018 data from the Bureau of Justice Statistics.

Incarceration has become a catch-all solution for a host of social pathologies and personal traumas such as mental illness, homelessness, addiction and poverty. Using prisons to warehouse people in terrible conditions as a means of controlling crime is a failed approach. We are the most incarcerated population on earth, and yet those incarcerations still didn’t prevent last year’s rise in gun violence.

Reform proposals should not only be about reducing the footprint of a massive failed justice system and improving policing practices. They have to include reckoning with how we got to that failed system, why officers like Chauvin had the power and opportunity to use excessive force, and what we’re building instead.

We have to do more to dissolve the bonds between racism, chronic poverty and “justice involvement” — an involvement that often has nothing to do with justice at all. True comprehensive change and a reimagining of justice require a focus on jobs, health care, education and all the things that help people, families and neighborhoods thrive.

None of this is pie in the sky. It’s already on the ground in cities all over the country. In Oakland, Calif.’s Ceasefire program, outreach workers steer the most at-risk for involvement in gun violence toward counseling, employment training and other social services. In part because of this program, gun homicides have dropped in the city by 31%. For 31 years, Eugene, Oregon has dispatched nurses, EMTs and mental health workers to 911 calls through its CAHOOTs (crisis assistance helping out on the streets) program, saving the city money. Communities know what works if we just follow their lead.

POLICING THE USA: A look at race, justice, media

We shouldn’t keep relying on the same failed approaches to preventing crime and harm. We know creating safety means investing in education, health care and jobs. We just need a meaningful federal commitment that could change the game.

Defective policing and mass incarceration are immoral and pernicious, and the root of the problem didn’t start inside prison walls or police stations; it ended there. The good news is that we don’t have to figure out how to “bridge the gap.” Republicans are there. Democrats are there. The public is there.

To finally de-couple racism and poverty from “justice,” we simply need to aim higher and wider.

If we get this right, we’ll no longer need to take officers to court, and the Chauvins of the world — whose callous use of deadly force brings grown men to tears on the witness stand — will no longer answer the call for public safety.

Katharine Huffman is the executive director of the Square One Project.

Cal Thomas: San Francisco has a new definition of political insanity – (You won't believe this one)