This Memorial Day, take a moment to remember the American women who died in combat. At first, their numbers were small.

On the night of Feb. 10, 1944, Army nurse Lt. Ellen Ainsworth was hit by German artillery pinning down Allied forces on the Anzio, Italy, beachhead. Before Normandy, there was the Anzio landing, and it almost didn’t work. Anzio’s beach was nicknamed Hell’s Half Acre and allied forces were stalemated there for months.

“One shell dropped within a few feet of the ward, its fragments piercing the tent in numerous places. Despite the extreme danger, she calmly directed the placing of (42) surgical patients on the ground to lessen the danger of further injury,” recorded Ainsworth’s official citation. “By her disregard for her own safety and her calm assurance, she instilled confidence in her assistants and her patients, thereby preventing serious panic and injury.”

“Ainie” was already a veteran of the 1943 North Africa campaign. She had “friendly timidity and subtle charm,” according to her 1936 Glenwood City, Wisconsin, high school yearbook. Her other quality? Courage.

For Ainsworth was wounded. A Nazi shell fragment was lodged in her chest. She died six days later. At age 24, Ainsworth and three other nurses were the first women to receive the Silver Star, America’s third-highest military decoration.

Twenty-five more American women died in combat from the Korean War through the 1991 Gulf War. One was Army nurse Lt. Sharon Lane, killed by enemy mortars at the 312th Evacuation hospital at Chu Lai in Vietnam on June 18, 1969.

In recent years, women have won the right to serve in full combat assignments. Twenty years of fighting terrorism put women on the front lines.

Since 2002, more than 140 U.S. women have died on combat missions in Iraq, Afghanistan and Syria. They’ve died under enemy fire by mortar attack, rocket-propelled grenades, improvised explosive devices and suicide bombers. Some died in plane crashes and other causes. All were volunteers.

Women serve for many reasons, but certainly not because society expects it of them.

Several were also mothers.  On Jan. 16, 2019, Navy Chief Petty officer Shannon Kent, age 35, a mother of two sons died at the hands of ISIS while on a special forces mission in Manbij, Syria. Kent was a “cryppie,” a Navy cryptologic technician carrying out combat cyber missions too secret to discuss. She served four tours in Iraq and Afghanistan working alongside Navy SEAL Teams.

Kent’s deployment to Syria was her fifth combat tour. 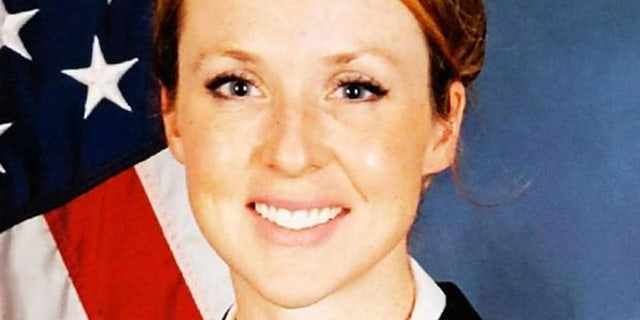 Women serve for many reasons, but certainly not because society expects it of them.

Women like Shannon Kent simply believed they had it in themselves to achieve that most difficult and remarkable work-life balance: motherhood and combat deployment.

Kent is buried in Arlington National Cemetery in Virginia. Ainsworth rests with 7,860 others in the Sicily-Rome American Cemetery at Nettuno, Italy.

Flags and flowers will decorate their graves and those of so many others, out of respect, patriotic gratitude and perhaps, to bring back briefly some of the closeness to loved ones taken by death.

Graveside observances are the heart of Memorial Day. They honor the dead and give us something, too. The long tradition can bring out the better angels of compassion, forgiveness, inclusion and reconciliation among the living, veterans or not.

Former first lady Eleanor Roosevelt believed that Memorial Day brought her “a renewed strength of spirit.” “I believe this always comes when we think of the courageous people who bear their burdens in life without fear,” she wrote on May 30, 1945.

May our remembrance of the women and men who died for their country refresh and renew our love for America.