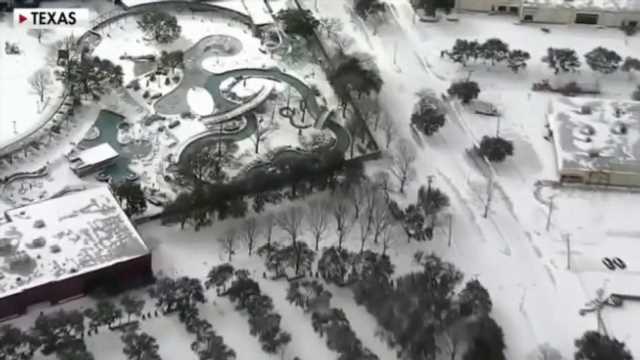 Will Cain on Texas’ energy crisis: ‘We simply were not prepared’

‘Fox &amp; Friends’ co-host Will Cain reacts to Texas’ infrastructure suffering from the winter storm as people run out of power.

Former Texas Gov. Rick Perry said Wednesday that Texans would voluntarily go even longer without power during freezing temperatures just to keep federal regulators out of their state.

“Texans would be without electricity for longer than three days to keep the federal government out of their business,” Perry said in a blog post on the website of House Minority Leader Kevin McCarthy, R-Calif. “Try not to let whatever the crisis of the day is take your eye off of having a resilient grid that keeps America safe personally, economically and strategically.”

In Texas, just under 500,000 homes and businesses remained without power Thursday, down from about 3 million on Wednesday. The state’s grid manager, the Electric Reliability Council of Texas (ERCOT), said the remaining outages are largely weather-related, rather than forced outages that were made early Monday to stabilize the power grid.

Perry and other Republicans, including Texas Gov. Greg Abbott, have criticized the operations of the state’s power grid and pushed back on suggestions by Rep. Alexandria Ocasio-Cortez, D-N.Y., that the Green New Deal could have prevented outages. Abbott on Tuesday called for an investigation into ERCOT in order to determine what caused the problem and find long-term solutions.

Perry, a Republican who also served as the U.S. secretary of energy from 2017 to 2019, argued that the federal government and its national labs could help states to model potential catastrophes and decide where to invest in weatherization, transmission and energy storage technology to make their grid more resilient in the future, stressing that the answer is more “technology – not regulation.”

“This shows how the Green New Deal would be a deadly deal for the United States of America,” Abbott told Fox News anchor Sean Hannity on Tuesday. “Our wind and our solar got shut down, and they were collectively more than 10% of our power grid, and that thrust Texas into a situation where it was lacking power on a statewide basis … It just shows that fossil fuel is necessary.”

By Wednesday, Abbott seemed to walk back his remarks, admitting during a press conference that the main culprit for the power outages in the state were in the natural gas sector. Wind turbines, meanwhile, performed better than expected in freezing temperatures, the Houston Chronicle reported. Other critics blamed the state grid manager for failing to winterize infrastructure.

“I was asked a question on one TV show about renewable, and I responded to that question,” Abbott said. “Every source of power that the state of Texas has has been compromised, whether it be renewable power such as wind or solar, but also, as I mentioned today, access to coal-generated power, access to gas-generated power, also have been compromised.”

Texas officials ordered 7 million people – a quarter of the population of the nation’s second-largest state – to boil tap water before drinking it, following days of record low temperatures that damaged infrastructure and caused low water pressure or frozen or burst pipes.

ERCOT is unique in that it does not cross state lines and, therefore, is normally not subject to oversight by the Federal Energy Regulatory Commission (FERC), the Chronicle reported. But in the wake of the outages, federal regulators opened an investigation into the company that manages the Texas grid system, as well as other grid systems in other regions of the country experiencing a cold snap.

FERC and the North American Electric Reliability Corporation (NERC) will investigate all areas impacted by winter weather and storms, including ERCOT, the Southwest Power Pool and Midcontinent Independent System Operator.

Fox News’ Megan Henney and the Associated Press contributed to this report.

Singapore GE2020: Politicians out and about on last weekend before Nomination Day 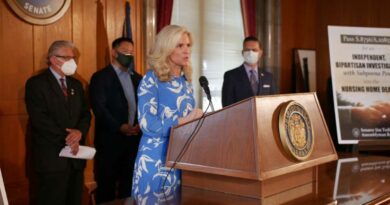