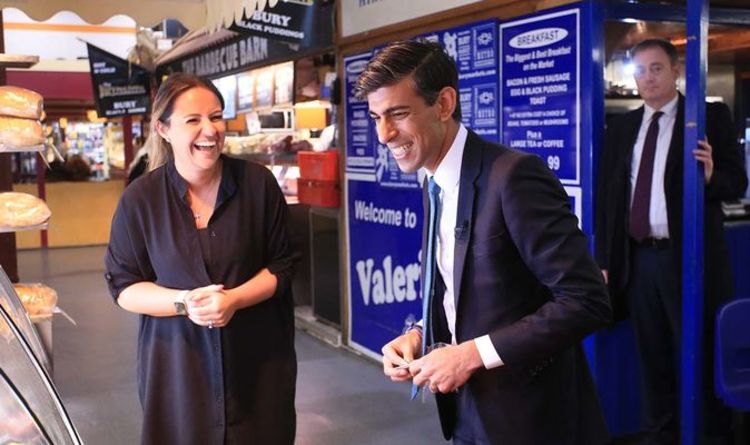 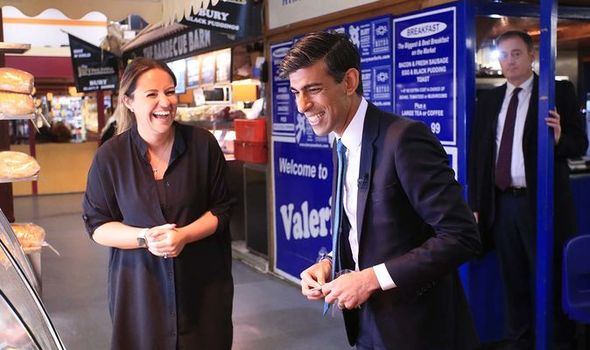 The Chancellor – who was visiting Bury market yesterday after announcing it would receive £20million in funding – said the UK is seeing better than expected growth as a result of the Government’s Covid support last year.

He insisted it is his “desire” to cut taxes and the budget is the “first step on that journey”.

He said: “I acknowledge the tax burden is high, it’s not something I am comfortable with, it’s the result of the worst economic shock in 300 years.”

The Institute for Fiscal Studies said Mr Sunak would have to develop “new and radical ways” if he wants to cut taxes by the next election.

Director Paul Johnson said growth will need to increase significantly or public services will need to be cheaper to run.

He added: “[These] are challenges which have defeated most of his predecessors.”

He said current forecasts would allow a pre-election giveaway of “perhaps £7billion and still maintain some fiscal headroom. But it’s not a huge or comfortable cushion”.

Mr Sunak said: “My ambition is to lower taxes for people, that is what I would like to do as Chancellor.We had to take some corrective action as a result of the crisis and the response we took to it, but hopefully that now is done and, as we demonstrated yesterday, our priority is to make sure that work pays, that we reward people’s efforts and I’m delighted we could make a start on that yesterday.”

The Chancellor, who was seen indulging his love of sugar by buying treats from a sweet stall, accidentally heaped praise on the “world-famous Burnley market” instead of Bury.ATreasury spokesman said the blooper was an innocent slip of the tongue.

He said the Chancellor “very much enjoyed his visit to Bury Market” and “the opportunity to talk about levelling up”.

The Chancellor delivered a Budget that builds a stronger economy for the British people, heralds a new age of optimism and begins the work of preparing for a new economy post-Covid.

An economy of higher wages, higher skills and rising productivity.

Thanks to the action this Government has taken over the past 18 months employment is up, investment is growing, public services are improving and wages are rising.

We want this to continue. That’s why we increased funding for our public services by £150billion. The largest real-terms funding increase for this country in any parliament this century.

This Budget builds a stronger economy for the British people by smashing the shackles that hold them back and opening up opportunity everywhere.

I am a Middlesbrough MP. I am proud of my hometown. But I know that too many do not have a fair shot because opportunity is not evenly distributed in this country.

Express readers know when given a fair shot, the British people can thrive.

That is what this Budget allows them to do.

It backs business with business rate cuts worth £7billion over five years.

Some £3.8billion will be invested so that everyone gets their fair shot at getting better skills. Higher skills means higher productivity and higher wages.

Nearly £6billion over the next five years will revolutionise transport in cities that have been ignored. That will help Greater Manchester, South Yorkshire and the West Midlands – and provide battery packs for Merseyrail trains.

A fair shot for the British people means that work pays. Our changes to Universal Credit mean that nearly two million families will keep, on average, an extra £1,000 a year of hard-earned cash.

Millions of the lowest paid will get an inflation-busting 6.6 per cent pay rise.

In the public sector, millions more will also get a rise next year. 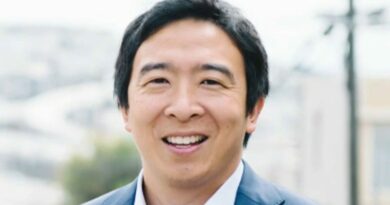 House Democrats In A Bind Over Border Aid