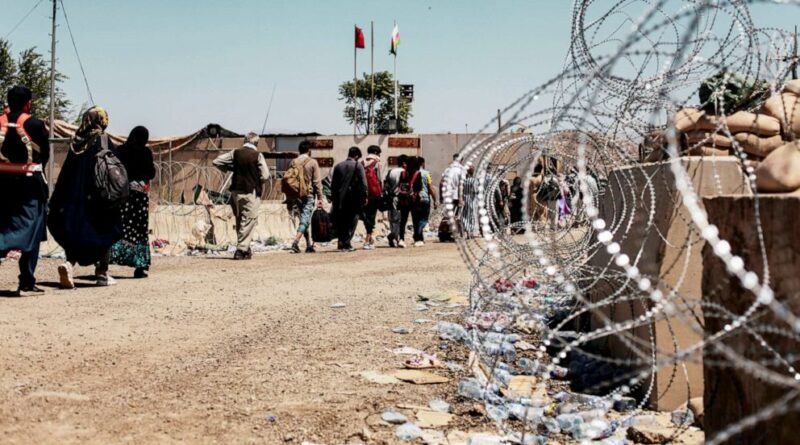 When the U.S. Embassy in Kabul closed, the last individuals to secure it were not civilians or even U.S. military, but the quiet and dynamic special agents of the Diplomatic Security Service (DSS) of the State Department.

These federal law enforcement officers are the professionals conducting personnel recovery missions in Kabul (finding and bringing U.S. citizens and others to the airport), protecting U.S. personnel, coordinating with the Department of Defense (DOD) and trying to create a secure zone at the airport with limited resources.

When, on Thursday, a terrorist attack at the Kabul airport killed U.S. Marines deployed there to help keep residents and travelers safe, these agents were the ones in charge of the emergency response.

Diplomatic security efforts began during the First World War. DSS was formally established in 1985 in response to the deadly 1983 bombings of the U.S. Embassy and Marine barracks in Beirut, Lebanon. Today, its main duties are to secure the integrity of U.S. travel documents (namely against visa and passport fraud), to facilitate U.S. foreign policy by protecting diplomatic assets (including every U.S. Embassy and U.S. Consulate), personnel, information around the world and to aid in counterintelligence.

DSS agents are tasked with some of the most demanding and dangerous work in the federal law enforcement community. They are deployed throughout the world, protecting 275 U.S. diplomatic missions in over 170 countries and 30 U.S. cities. These missions include investigation and protection, and enable the agents to get involved in all aspects of American foreign policy, from international criminal identification and apprehension of criminals and terrorists to the protection of important U.S. figures and citizens, such as the secretary of state, the U.S. ambassador to the United Nations and other senior diplomats.

As part of their broad mandate to provide a safe and secure environment for U.S. diplomacy, the agents also safeguard foreign dignitaries that visit the U.S., advise U.S. ambassadors on security matters and manage security programs at embassies and consulates around the world as Regional Security Officers (RSO) and at international events, including the Olympics.

To become DSS agents, officers must take a Criminal Investigator Training Program (CITP) at the Federal Law Enforcement Training Center (FLETC), a Basic Special Agent Course (BSAC) at the Diplomatic Security Training Center, courses at the Foreign Service Institute (FSI) and for overseas assignments Basic Regional Security Office Course (RSO School) and a High Threat Operations Course (HTOC) to prepare them for dangerous situations, like the current one in Afghanistan.

When working in a risky environment, the Regional Security Officer (RSO) places the DSS agents at different locations — the goal being to protect American interests in the foreign country while dealing with the host nation’s government and security forces. The Marine Security Guard (MSG) detachments and contracted locals work for the RSO office as part of that security profile.

At the U.S. Embassy in Kabul — one of the most dangerous and active RSO offices in the DSS — over the last 20 years, the agents have helped track down and stop terrorist and rebel attacks and help stabilize the government of Afghanistan.

Despite any resourcing issues, the RSO bears the responsibility of ensuring the safety of the embassy, its personnel and other U.S. citizens. This includes balancing their law enforcement and counterintelligence duties, as RSOs often become links in a chain between the diplomatic and intelligence agencies of the U.S. government.

This often forces the DSS agents to walk a fine line between security officers and diplomats, to accomplish the dangerous, multi-layered missions for which they are responsible, in some of the world’s most problematic locations.

Donald J. Mihalek is an ABC News contributor, retired senior Secret Service agent and regional field training instructor who served during two presidential transitions. He was also a police officer and in the U.S. Coast Guard.