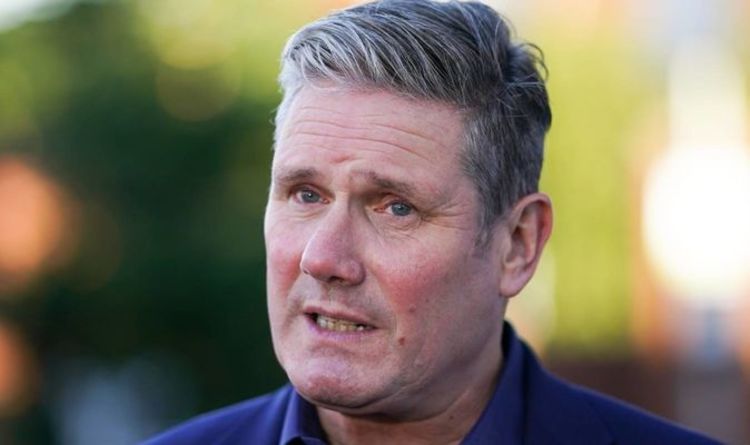 Labour needs to 'come up with positive message' says expert

Professor of Government at the University of Essex, Professor Paul Whiteley, spoke to Express.co.uk about the recent North Shropshire by-election and Labour’s surge in the polls. Labour currently enjoys a seven-point lead in the polls after the Conservatives have been marred by a series of scandals in the lead up to Christmas. But Professor Whiteley gave a warning to Sir Keir Starmer, telling him that laying out a plan for government now would ultimately fail him and offered an alternative solution to turn his poll success into something more material.

Speaking to Express.co.uk, Professor Whiteley was asked what Sir Keir should now do to turn his poll success into a Labour Government.

He explained: “Keir Starmer, but [it applies to] any opposition, if you lay out good ideas that are popular then the incumbent… steals them and so you lose the benefit of it.

“On the other hand, you have to have a broad and general positive message and what parties have done in recent years.

“To deal with this they talk in rather general and vague terms about values, the importance of values, and that’s wearing a bit thin because it’s all a bit general.

“This would apply to the Conservatives as well as Labour if the position was reversed.

“But the broader point is that Labour does have to come up with a positive message and a positive strategy, not a laundry list of individual policies, which is what they tended to do in 2019.

“A great laundry list of this, that, and the other, that’s not a good idea, but a broad strategy with one or two policies that resonate with the public and the public things are a good idea.

“He has to do that probably starting next year if we’re facing a general election in 2023.”

Polls in recent weeks have placed Labour ahead of the Conservatives, spelling disaster for Boris Johnson’s leadership.

Professor Whiteley explained the surge in Labour support can be strongly attributed to Conservative Christmas parties which occurred last year.

The political behaviourist told Express.co.uk the issue had cut through the other scandals which have hit the Tories as it was more “relatable” than other stories.

Professor Whiteley also looked at other parties which have seen a surge in the poll as Reform and the Green Party have seen an uptick.

The academic explained he believes Green’s support can be mainly attributed to Cop26 and other environmental issues events that have steered the national debate.

But Professor Whiteley did not think the Greens have a long-term increasing trajectory, whereas Reform does in his mind.

He believes the group is seeing a resurgence because disgruntled right-wing voters are fed up that Brexit is not going as they had hoped.

According to Politico, Reform has overtaken the SNP in the UK polls after gaining two percentage points – placing them at five percent support.

The Greens have also seen a moderate increase in recent weeks and currently place at seven percent despite scoring as high as eight percent earlier in the year.

Labour lead the polls at 39 percent with the Tories at 32 percent, a far cry from the 11-point lead the Conservatives had in May when they boasted 43 percent.

A recent poll by Focaldata asked almost 25,000 people across the country their voting intentions and concluded Labour would win the next election with 338 seats with the Tories on 237.

Their data also suggests Boris Johnson would lose his Uxbridge and South Ruislip seat along with Alok Sharma and George Eustice.

Chief executive of Focaldata, Justin Ibbet, believed the results were down to a “Conservative collapse” rather than a “resurgent Labour”.

Several high profile Conservatives have issued warnings to Mr Johnson, suggesting he could face a leadership challenge at some point.

Backbencher Mark Francois told GB News there “could be trouble” if MPs are snubbed from decision making.

The Prime Minister fended off a rebellion of around a hundred Conservative MPs earlier this month after he introduced new Covid restrictions for England.

The latter saw the largest rebellion under Mr Johnson’s premiership so far but the measure was still passed 369-126 with the help of Labour. 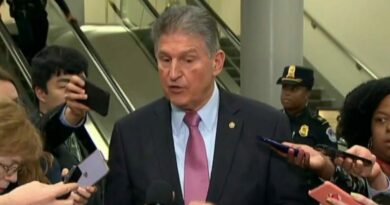 David Bossie: Manchin and Sinema are not moderates