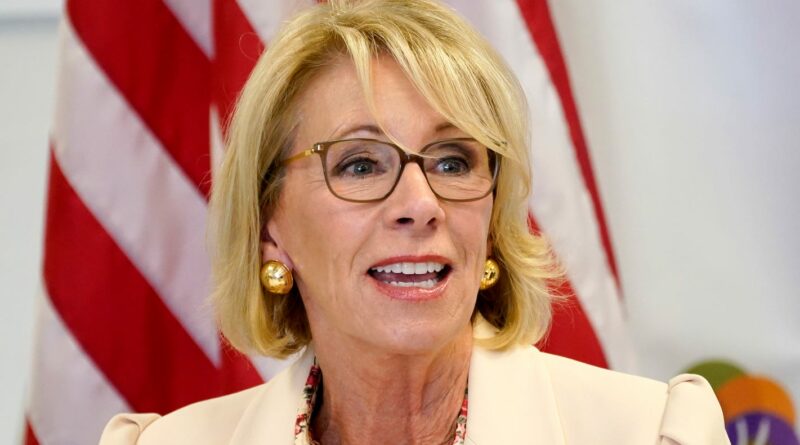 Kelly Finlaw is a middle school art teacher in New York City. Over the last year, she has also been called an “essential employee,” a “frontline worker” and — a term she has certainly never attributed to herself — a “hero.” During this time, she has done everything she could to meet the needs of her students and make remote learning work as well as possible, all the while knowing it is no substitute for being in the classroom with her students.

Yet despite delivering on her promise to educate the next generation of Americans — even in the midst of a pandemic — the federal government has broken its promise to her. Finlaw remains stuck with nearly $90,000 in student debt that should have been canceled years ago.

Finlaw, along with millions of others, was made a simple pledge: If she worked for a decade as an educator, as a nurse or in another public service profession, her student debt would be wiped away.

That was the intent of the federal Public Service Loan Forgiveness program — a bipartisan law that recognized that spiraling student debt burdens are particularly punishing for workers in public service, and that our communities and our country are worse off if this burden drives a generation of students away from careers as educators, healthcare workers, first responders, and other public service workers.

Yet the previous administration failed Finlaw and countless others. A decade after the law was passed, she has held up her end of the deal yet remains saddled with debt she should not have to repay. While she is thrilled that students are returning to her classroom this month, her $500-a-month student loan bill that should have stopped coming years ago is a constant reminder of how our country’s student loan system has failed her.

Since the first public service workers became eligible to have their debts canceled under the program in 2017, a shocking 99% of all applications have been rejected. Ninety-nine percent. Hundreds of thousands of public service workers have been knocked off track through no fault of their own. Former Education Secretary Betsy DeVos repeatedly put the demands of student loan companies over the needs of public service workers; DeVos attempted to sabotage the Public Service Loan Forgiveness program to such a degree that the American Federation of Teachers and educators like Finlaw took her to court to try to force the Department of Education to follow the law. DeVos refused, calling student debt relief wrong and a “truly insidious notion of government gift giving.” Former President Donald Trump even proposed to eliminate the program entirely, but Congress refused.

For more than two years, we’ve conducted an exhaustive investigation into the widespread government mismanagement and industry abuses that have cheated borrowers out of their rights. We found a minefield of deceptions by student loan companies and negligent indifference by government officials. It’s so difficult for borrowers to navigate the student loan morass that the AFT launched a union-wide initiative to engage with and train tens of thousands of our members on how to navigate this broken system to reduce their monthly bill and reach eventual relief.

Today we have a new administration. President Joe Biden has the opportunity to swiftly restore the promise of Public Service Loan Forgiveness. Finlaw, and every other student loan borrower who has made their loan payments while working in public service for a decade, should have the entirety of their student debt canceled as Congress promised.

What Biden’s administration needs to do about student loans

Education Secretary Miguel Cardona should order swift review of PSLF applications and discharge debts for all borrowers who have completed a decade of public service while paying their federal student loans.

Relief is needed for everyone who has been on the wrong side of our broken student loan system or been cheated out of the promise of debt relief. The new administration should review existing federal student loan programs that assured borrowers their loans would be canceled if they made income-based payments for two decades, if they acquired a severe disability, or if their school deceived them into pursuing a worthless degree.

What Republicans don’t get: Biden’s oversize COVID relief package is a new start for America

This month we learned that Biden will be assessing his authority to cancel student loan debt for everyone — a review we believe will confirm that Congress has already granted this power to the administration. Biden should use it to cancel up to $50,000 for every student loan borrower in America. Canceling this debt would be a game changer for millions of Americans who have been unable to buy a house, start a family, launch their dream business or follow their passions because they are being crushed under $1.7 trillion in student loans. It would be an immediate and long-lasting stimulus to our economy — increasing average yearly pay by $3,000, increasing the gross domestic product by $1 trillion and closing the Black-white wealth gap by 25 percentage points.

While all of this is happening, Biden can and must immediately provide relief to the educators, first responders and other public service workers like Finlaw who have lived up to their end of a promise. It’s time for the government to deliver on that promise, fix the broken system and immediately cancel their student loan debts.

What Do Polls Say About the Issues on the Agenda for Tonight’s Debate?