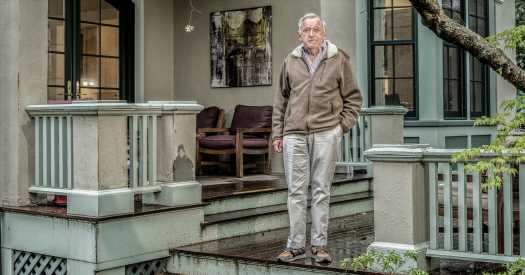 Hansjörg Wyss, who recently dropped his bid to buy Tribune Publishing, has been a leading source of difficult-to-trace money to groups associated with Democrats. 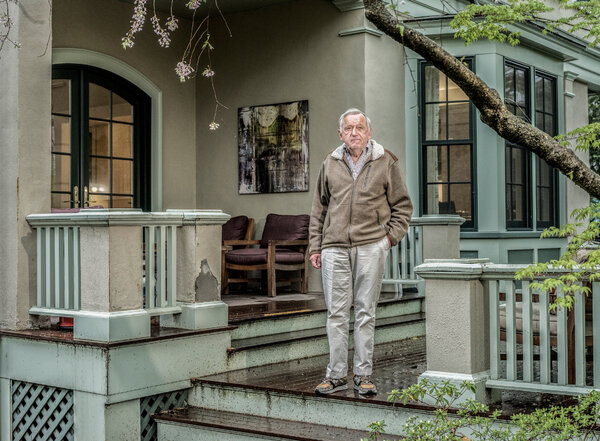 WASHINGTON — He is not as well known as wealthy liberal patrons like George Soros or Tom Steyer. His political activism is channeled through a daisy chain of opaque organizations that mask the ultimate recipients of his money. But the Swiss billionaire Hansjörg Wyss has quietly become one of the most important donors to left-leaning advocacy groups and an increasingly influential force among Democrats.

Newly obtained tax filings show that Mr. Wyss’s foundations donated $208 million from 2016 through early last year to three nonprofit funds that doled out money to a wide array of groups that backed progressive causes and helped Democrats in their efforts to win the White House and control of Congress last year.

Mr. Wyss’s representatives say his foundations’ money is not being spent on political campaigning. But documents and interviews show that his foundations have come to play a prominent role in financing the political infrastructure that supports Democrats and their issues.

While most of his operation’s recent politically oriented giving was channeled through the three nonprofit funds, Mr. Wyss’s foundations also directly donated tens of millions of dollars since 2016 to groups that opposed former President Donald J. Trump and promoted Democrats and their causes.

Beneficiaries of his direct giving included prominent groups such as the Center for American Progress and Priorities USA, as well as organizations that ran voter registration and mobilization campaigns to increase Democratic turnout, built media outlets accused of slanting the news to favor Democrats and sought to block Mr. Trump’s nominees, prove he colluded with Russia and push for his impeachment.

Several officials from organizations started by Mr. Wyss and his team worked on the Biden transition or joined the administration, and on environmental policy in particular Mr. Wyss’s agenda appears to align with President Biden’s.

Mr. Wyss’s growing political influence attracted attention after he emerged last month as a leading bidder for the Tribune Publishing newspaper chain. Mr. Wyss later dropped out of the bidding for the papers.

Born in Switzerland and living in Wyoming, he has not disclosed publicly whether he holds citizenship or permanent residency in the United States. Foreign nationals without permanent residency are barred from donating directly to federal political candidates or political action committees, but not from giving to groups that seek to influence public policy — a legal distinction often lost on voters targeted by such groups.

Mr. Wyss’s role as a donor is coming to light even as congressional Democrats, with support from Mr. Biden, are pushing legislation intended to rein in so-called dark money spending that could restrict some of the groups financed by Mr. Wyss’s organizations.

This type of spending — which is usually channeled through nonprofit groups that do not have to disclose much information about their finances, including their donors — was embraced by conservatives after campaign spending restrictions were loosened by regulatory changes and court rulings, most notably the Supreme Court’s 2010 decision in the Citizens United case.