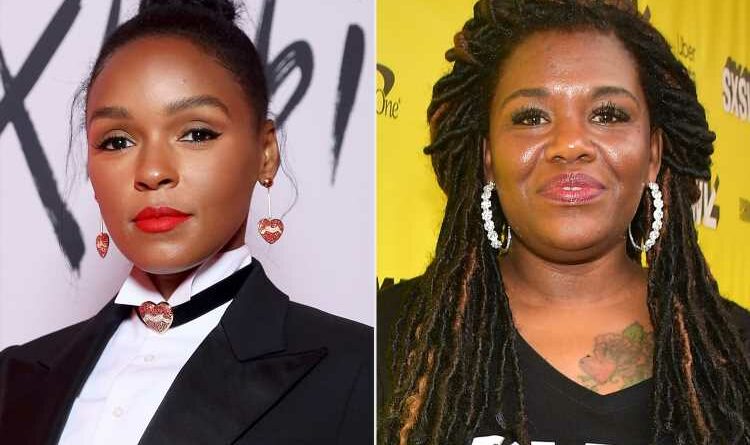 The countless hours she spent protesting in Ferguson, Missouri — along with a "very violent sexual assault" — changed congresswoman Cori Bush's perspective, but that life experience has also served as fuel for her new career in politics.

That's what the freshman congresswoman tells actress and musician Janelle Monáe in a new conversation for Interview magazine.

"I'm still at a place where I remember what it was like to sleep in a car with two babies. I remember when no amount of blankets could warm us up," Bush, a mother of two, told Monáe. "I remember how it felt when I was lying on the concrete and police officers were stomping on me with their steel-toed boots … I remember going through a very violent sexual assault right after my very first race."

Bush continued: "I didn't get justice and almost lost everything because the system is not set up to help victims of sexual violence. It's knowing that if I push hard enough, I can prevent someone from going through what I've gone through. That's the fire."

Bush, a Black Lives Matter activist and former nurse, in November became the first Black woman to be elected to Congress from Missouri.

She won her race after campaigning on issues such as a $15 minimum wage, the "Green New Deal" proposal to combat climate change, tuition-free public college and widespread healthcare via "Medicare for all."

With her election victory, Bush became the newest member of the group of progressive female lawmakers known as "the squad," which also includes Alexandria Ocasio-Cortez, with whom Bush was featured in the 2019 Netflix documentary Knock Down the House.

In her first couple of weeks in Congress, Bush made headlines — arriving for her orientation in a face mask that read "Breonna Taylor," in reference to the 26-year-old Kentucky emergency medical technician who was fatally shot by police executing a search warrant while looking for Taylor's ex-boyfriend. Speaking to Monáe, Bush noted that some of her fellow lawmakers assumed because of her mask that she was named Breonna Taylor and they appeared unfamiliar with the case, one of many high-profile police-involved shootings of Black people in 2020.

"When the first person came up to me and called me Breonna, I was just looking around like, 'Are they talking to me? Is this real?' " Bush said. "Then I had to discern the spirit behind it. 'Are they being nasty, or do they just not know who she is?' When the last person came up to me and said, "Hi, you must be Breonna Taylor," I was really upset … When I realized they just had no clue, I told each of them exactly who she was. 'She was an award-winning EMT. That's who this woman was.' "

In one of her first legislative moves, Bush filed a resolution to expel the Republican lawmakers who objected to certifying the results of the 2020 presidential election.

Their actions, she argued, helped lead to Jan. 6's deadly insurrection at the U.S. Capitol.

"Today, as my first legislative action, I introduced a resolution calling for the removal of the Members of Congress who have, for months, tried to steal this election and invalidate the votes of millions of people, especially Black, brown, and Indigenous voters," Bush, 44, said in a statement in January. "The dangerous consequences of their actions led to an attempted white supremacist coup that put thousands of lives in danger and left five people dead."

Speaking with Monáe, Bush said she has strong ties with her fellow "squad" members, telling Monáe that Oasio-Cortez "always talks to me about making sure I'm personally okay with how I'm voting, or understanding the ins and outs of, like, 'Okay, this is how decisions get made, this is what's going to happen, and this is how I get through it.' "

Among the top priorities for Bush, she told Monaé, were passing a comprehensive anti-discrimination policy and providing mandatory training to public officials so that that they better understand the LGBTQ community.

Her work on the frontlines of the Ferguson protests, she said, taught her the importance of advocacy on others' behalf.

"Those who aren't oppressed a certain way should help those who are," Bush said. "In Ferguson, white people stood between us and the police, grabbing their batons so they couldn't hit us. I saw how advocacy for another community can break down barriers. Everybody should know they're loved."

She continued: "Love begets more love, so when you love others, other people see that and feel that, and they're able to go and share that. That's how we change the world." 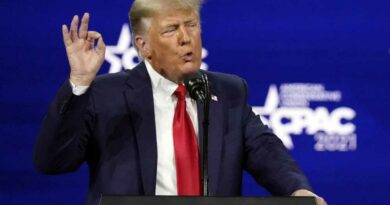 While Trump is in Britain, Republicans are reportedly plotting to block his Mexico tariffs