WASHINGTON — A senior Republican senator said he and his colleagues could support an infrastructure bill of around $800 billion, underscoring GOP interest in a bipartisan fix for the nation’s aging roads and patchy broadband service.

The comments by Sen. John Cornyn (R., Texas) on Sunday signal that Senate Republicans are seeking a compromise on infrastructure, ahead of President Biden’s meeting with lawmakers on Monday to push his own $2.3 trillion plan.

Republicans generally have raised concerns that Biden’s package is too costly and has too many what they see as non-infrastructure elements.

Asked on Fox News Sunday whether he could support an infrastructure package of around $800 billion, Cornyn said: "There is a core infrastructure bill that we could pass…So let’s do it and leave the rest for another day and another fight."

Sen. Chris Coons (D., Del.), also on Fox News Sunday, said that Democrats should work to find a bipartisan agreement with Republicans on elements of the White House infrastructure plan before pivoting to a second, broader package that Democrats pass along party lines. 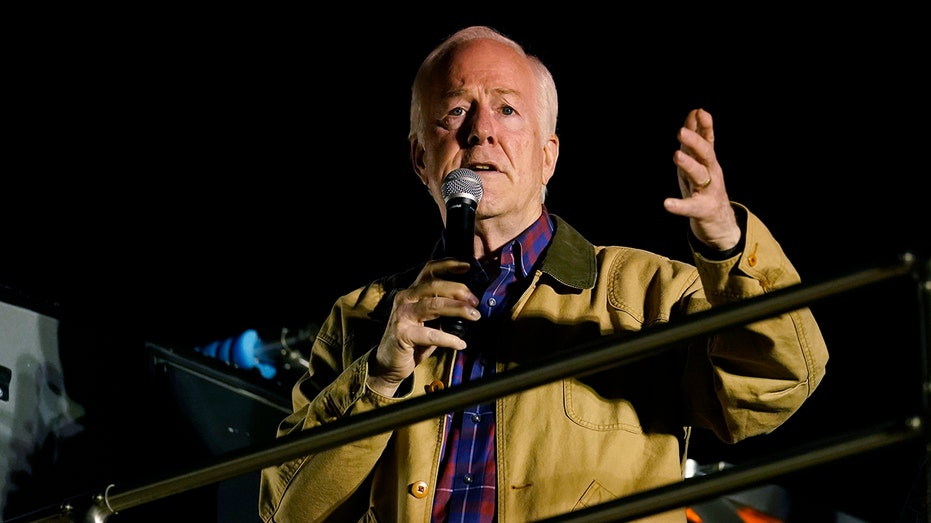 Sen. John Cornyn said he and his colleagues could support an infrastructure bill of around $800 billion, underscoring GOP interest in a bipartisan fix for the nation’s aging roads and patchy broadband service. (AP Photo/Eric Gay)

"Then we show our people that we can solve their problems" on a bipartisan basis, Coons said. "I think in the next few weeks we should roll up our sleeves and sit down and find ways that we can support to make these critically needed investments."

A bipartisan group of lawmakers held a call on the issue last week.

A major Republican criticism of the Biden administration’s framework is that it includes some funding, such as $400 billion for caring for senior and disabled Americans, that they don’t believe should be considered infrastructure. Administration officials argue that such measures are important to the economy’s efficient functioning, just as roads and bridges are.

Republicans also are generally concerned about Biden’s plan to offset the cost of his package with corporate tax increases, saying they could hurt job creation.

While Democrats have the option of approving a package along party lines using a budget maneuver called reconciliation, they have said they want to try to reach a bipartisan agreement first. Reconciliation also limits lawmakers to passing provisions related to the budget, likely preventing them from approving some elements of Biden’s plan, such as its worker protections.

Finding a way to pay for the package will be a central issue in the discussions between Republicans and Democrats. Republicans have blasted the proposed corporate tax increases, which include raising the corporate rate to 28% from 21%, as a nonstarter, with some instead advocating for raising user fees, like the gas tax.

While Biden is opposed to raising the gas tax, some Democrats want to consider it as an option for raising revenue. Other Democrats like Sen. Joe Manchin (D., W.Va.) have indicated they don’t support elements of the tax plan, calling for a more modest increase in the corporate rate, for example.

"Our roads, bridges, highways, public transit, airports, housing, and electric grid are all in need of an overhaul,’’ he wrote in a tweet last week. "I will work…to pass the #AmericanJobsPlan—a big, bold bill that will create jobs, invest in infrastructure, and help combat climate change."

A President With a Taste for Planes Has a Plan for Air Force One: Paint It Red, White and Blue