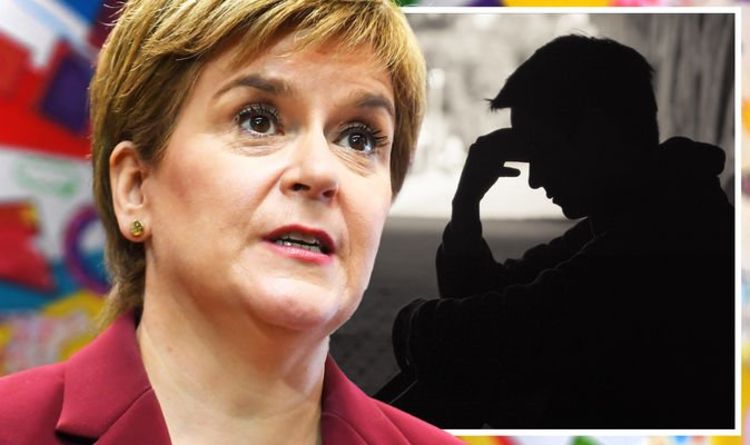 The Moray MP initially said at the Tory party conference the SNP leader has become “detached from working-class communities” and “utterly divorced” from the views of ordinary people. Now the Scottish First Minister has offered the Scottish Tory leader to take him to some working-class areas so he could see the “damage” caused by Conservative policies in Scotland.

Mr Ross said the Scottish First Minister should “name the time and place” and stressed they should meet in the SNP leaders consistency.

Scotland continues to have the worst drug death rate in Europe, with 21.2 deaths per 1,000 of the population.

This is more than three-and-a-half times higher than England and Wales with the issue being dubbed “Scotland’s shame.”

The Scottish Tories have warned the crisis will continue to deepen unless the SNP agree to demands for a Right to Recovery Bill.

The proposal, backed by frontline experts at Faces and Voices of Recovery (Favor) Scotland, would enshrine in law that everyone can access the treatment they need.

Mr Ross claimed Ms Sturgeon’s Glasgow Southside constituency was one of the worst area’s in Scotland “devastated by the drug death crisis that has spiralled out of control on her watch”.

In a peck at the SNP leader, the Moray MP said: “We could start with her own constituency, where she let a rehab centre close in 2019.

“Nicola Sturgeon took her eye off the ball on the national shame of drug deaths and abandoned working-class communities.

“Thousands of families lost loved ones because the SNP slashed rehab beds, which the Scottish Conservatives campaigned successfully to restore.

“But the SNP Government has failed so catastrophically that bolder action is necessary.

“I’m proud of my working-class background and I’d never abandon the communities I grew up in the way that Nicola Sturgeon is doing.”

Responding to Mr Ross, Ms Sturgeon said: “I’ve just been re-elected as First Minister with a historically high share of the vote including in working-class communities across Scotland, so perhaps we allow the facts and the reality to speak for themselves.

DON’T MISS:
Sturgeon under pressure as police forced to be paramedics amid crisis [INSIGHT]
Boris battles to BAN Brits from voting in elections without ID [REVEAL]
Boris cuts Sturgeon down to size with brutal ‘gingerbread’ joke [LATEST]

“The shame of these Tories – they are about to take food out of the mouths of children across working-class communities the length and breadth of Scotland, including in Douglas Ross’s constituency, and they have the nerve to make comments like this.

“Maybe Douglas Ross would like to come with me and I’ll introduce him to some working-class communities across the country and then he’ll see who’s in touch with them and who is horribly out touch with them.

“Because the Tories, like him, are doing them so much damage every day right now.”