Jason Miller, a senior adviser to President Donald Trump’s reelection campaign, criticized how frequently Joe Biden wears a face mask to help stop the spread of the coronavirus, claiming that the former vice president and 2020 frontrunner uses the item “as a prop” even as Trump remains hospitalized for the virus.

“I think too often he’s used the mask as a prop. A mask is very important, but even if he’s ― he could be 20, 30 feet away from the nearest person and still have the mask on. That’s not going to change anything that’s out there,” Miller told ABC News’ George Stephanopoulos on Sunday.

Miller further defended Trump’s frequent decision not to wear a mask at events, arguing that the president wears one when he doesn’t believe he can socially distance. Trump pulled out a mask at Tuesday’s debate and said that he wears a mask “when I think I need it.” 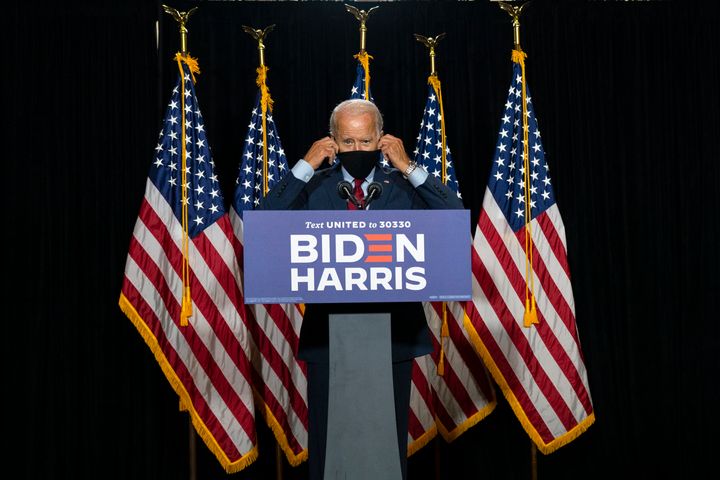 Miller’s comments appear to ignore the guidance of the Centers for Disease Control and Prevention, which advised that people wear face masks whenever in a public setting, adding that they are not a substitute for social distancing.
The CDC also advised that people maintain a physical distance of at least 6 feet from anyone with whom they do not live in order to help prevent the virus’s spread.

Days after Tuesday’s debate, Trump revealed that he tested positive for the virus. The news came hours after he attended a campaign fundraiser in New Jersey on Thursday. Trump was hospitalized the following day.

At least 206 people attended Thursday’s fundraiser, according to the New Jersey Department of Health, which on Sunday advised anyone who attended and came in close contact with others to self-quarantine.

“President Trump is one of the most tested people in the entire country. And there’s a lot that we still don’t know about this virus,” Miller said. “Folks who come to our rallies, for example, their temperatures are all checked. They’re given masks. They’re urged to be careful as well. We’ve done that in the past. We’re going to continue doing that as we go forward.”

He went on to encourage people to continue to attend the political rallies and events — advice that runs counter to findings by most health care professionals that events with large crowds pose the highest risk of coronavirus transmission. He likened their participation to the importance of scientists going out and developing a vaccine. 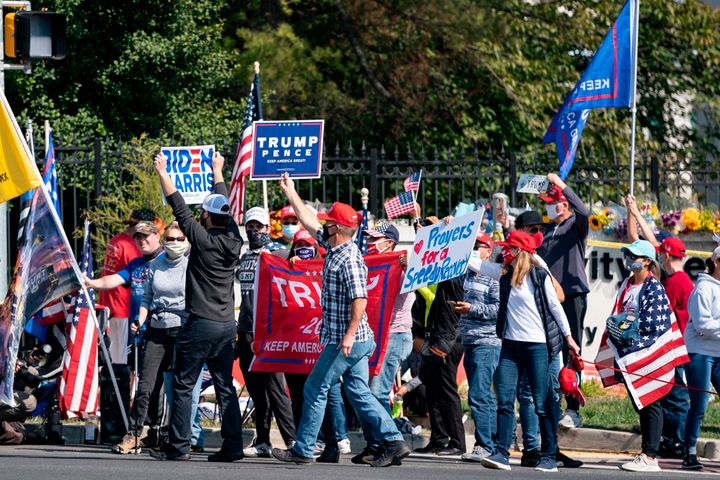 “We can’t all just stay in our basement for the rest of our lives. We have to get out there and live our lives and take this on, develop the vaccine, develop more therapeutics, and defeat it,” he said.

“I think that tells you a lot of what you need to know about how the Trump campaign has treated this from the outset,” she told Stephanopoulos in a later interview. 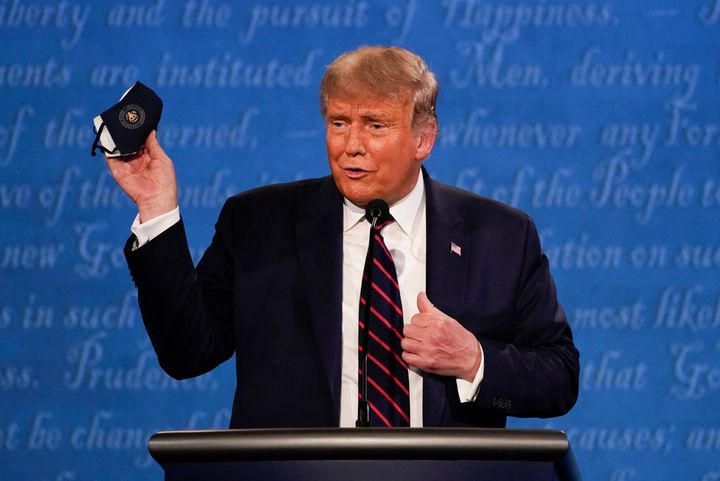 “Joe Biden believes that the words of a president matter, that the actions of a president matter. From the outset, he has taken this seriously. He has encouraged Americans to wear ― to wear masks to protect each other,” she said. “He believes strongly that the role of the president is to lead and is to lead by example. And I think Americans are looking for that kind of reassurance. We’re obviously in an incredibly chaotic, disruptive time in this country.”

As of Sunday, at least 12 Republicans in Trump’s inner circle have tested positive for the coronavirus. Many of them attended an event in the White House Rose Garden on Sept. 26, when Trump nominated Judge Amy Coney Barrett to the Supreme Court seat vacated by the death of Justice Ruth Bader Ginsburg.

‘You’re the pride of our nation,’ Donald Trump tells veterans on 75th D-Day anniversary in Normandy

'I've known Trump's a bully for a long time': NYC Mayor Bill de Blasio focused on his history battling Trump as he announced a run for president