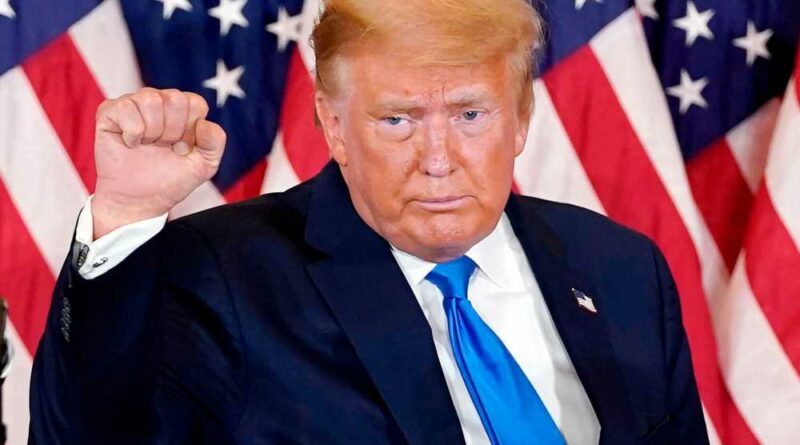 Discussions are being had amongst Trump cabinet members and top Republicans about the potential of invoking the 25th Amendment to remove the president from office, according to multiple reports.

Sources have told ABC News, CBS News and CNN that following his response to the violent riot at the Capitol building during which one woman was fatally shot and three other people died after having medical emergencies, Trump should be removed.

One elected Republican official told CNN that Trump "has to be impeached and removed." A former senior official added to the outlet of Wednesday's chaos, "I think this has been a huge shock to the system. How do you keep him in place for two weeks after this?"

ABC News reported that sources had briefed them on conversations about invoking the 25th Amendment to remove Trump from office for the remaining two weeks of his presidency before Biden is sworn in on January 20.

If invoked, section four of the 25th Amendment of the Constitution can temporarily “sideline” the president for three weeks at a time, Larry Tribe, a constitutional law professor at Harvard Law School, previously explained to PEOPLE.

If the 25th Amendment were indeed invoked, it would be unprecedented — the complicated process has never been done.

The option exists “if the vice president and the majority of the cabinet members decide that the president [is unfit for] office, that he’s got Alzheimer’s or doesn’t know what he’s doing, doesn’t have a clue what he’s talking about," Tribe said.

Essentially, members of the president's own party would have to act against him and the voters and outside of Congress.

As lawmakers in Congress were in the midst of counting Electoral College votes to certify President-elect Joe Biden's win, pro-Trump rioters stormed the Capitol building, forcing the joint session to be temporarily suspended and sending lawmakers into hiding. Trump had previously addressed the crowd near the White House before encouraging them to go to Congress and voice their anger "peacefully and patriotically."

Incited by Trump, the rioters stormed the Capitol and were photographed scaling the building's walls, breaking windows, roaming through the building, looting and vandalizing, including in congressional chambers and lawmaker offices. Rioters also ripped an American flag off of a flagpole outside the Capitol building and replaced it with a Trump flag.

The National Guard was called in, and Washington, D.C., Mayor Muriel Bowser issued a curfew beginning at 6 p.m., but it was hours before the building was cleared out and declared secure.

Amid the chaos, Biden called for an end to the violence, and for Trump to call his supporters off.

Shortly after Biden's speech, Trump tweeted a video to the rioters, saying "we love you, you're very special," and doubling down on the baseless claims that the election was "stolen from us" in the clip before adding "we have to have peace, so go home." (The video has been removed or restricted from social channels including YouTube, Facebook and Twitter, due to "risk of violence.") Vice President Mike Pence broke from Trump on Wednesday when he publicly stated he would not use his power to block Congress' confirmation of Biden as president. In a letter to Congress, Pence wrote that he believes "vesting the Vice President with unilateral authority to decide presidential contests would be entirely antithetical to" American government at its core.

Congress later reconvened to finish the process of counting the Electoral College ballots on Wednesday night.