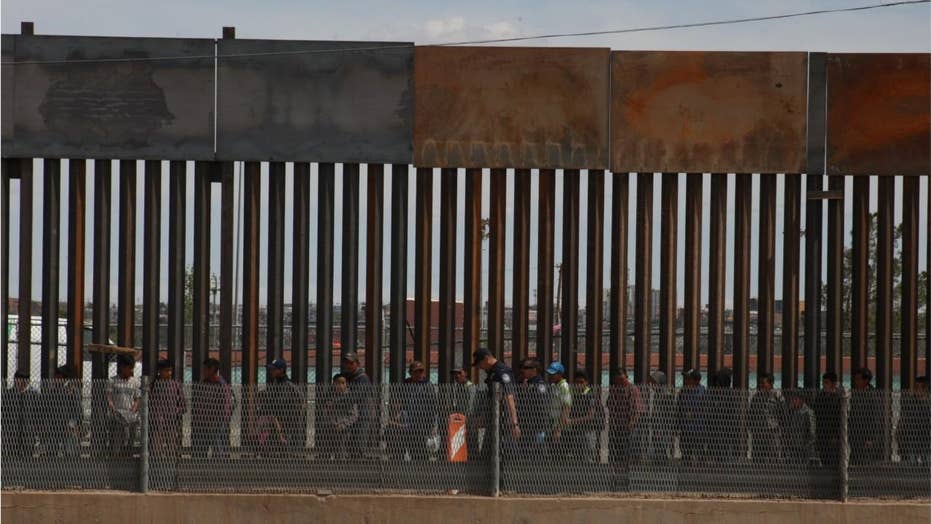 Federal officials from the state are responding after Yuma’s mayor issued an emergency declaration. Senator Martha McSally (R-Ariz), who visited Yuma today, spoke to Fox News about the cost local communities are facing.

President Trump called Monday night for a sweeping overhaul to an asylum system he has long said is rife with fraud — including a new fee to process asylum applicants, and the capacity to rapidly adjudicate applicants' claims while also barring them from working in the U.S. in the meantime.

In a presidential memorandum, Trump specifically told Attorney General William Barr and acting Homeland Security Secretary Kevin McAleenan that the move was necessary to address a "crisis" at the border. In an article published earlier this month, The New York Times acknowledged that the humanitarian crisis of illegal immigration has hit a "breaking point."

Arrests along the southern border have skyrocketed in recent months, with border agents making more than 100,000 arrests or denials of entry in March, a 12-year high. Immigration courts that process asylum claims currently have a backlog of more than 800,000 cases, and asylum applicants are increasingly staying in the U.S. even after their claims for asylum have been denied.

“That emergency continues to grow increasingly severe,” Trump's memo read. “The extensive resources required to process and care for these individuals pulls U.S. Customs and Border Protection personnel away from securing our Nation’s borders.”

According to a White House fact sheet released Monday, on average, "out of every 100 aliens subject to expedited removal who claim a fear of persecution, only about 12 will ultimately be granted asylum."

And "around half of all aliens who make a credible fear claim and are subsequently placed in removal proceedings do not actually apply for asylum." 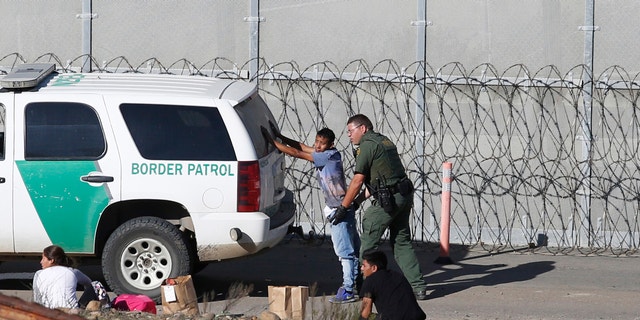 Thought the vast majority of asylum applications are ultimately unsuccessful, they still take months and even years to fully process. Asylum law is intended to provide harbor only to refugees fleeing personal persecution based on a limited number of factors — such as political belief or religion — and does not protect individuals fleeing bad living conditions or poverty.

The Trump administration last year rolled back an Obama-era expansion of potential asylum justifications, which extended protections to those alleging domestic abuse or gang-related attacks back home. White House officials said at the time that those categories were prone to abuse and expanded asylum law beyond its original intent.

In his memorandum, Trump gave his deputies 90 days to propose regulations so that all asylum applications are adjudicated within 180 days, except for those representing exceptional circumstances.

The White House and DHS officials did not immediately respond to questions about how much applicants might be forced to pay in asylum fees, and it is unclear how many families fleeing poverty would be able to afford such a payment.

The memo says the price would not exceed the cost of processing applications, but officials did not immediately provide an estimate for what that might be. 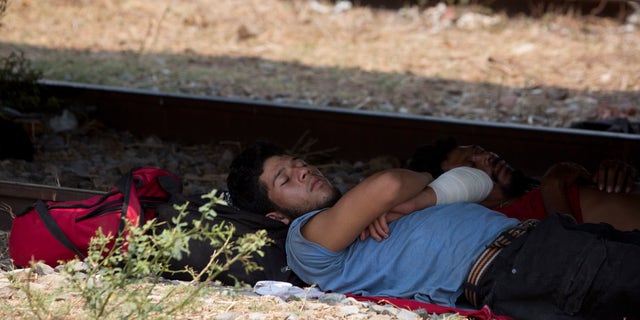 Trump also wants to bar anyone who has entered or tried to enter the country illegally from receiving a provisional work permit and is calling on officials to immediately revoke work authorizations when individuals are denied asylum and ordered removed from the country.

Immigration officials say one reason asylum claims are booming is that migrants know they will be able to live and work in the U.S. while their cases play out — and, in many cases, even after their claims have been rejected.

According to the White House, the number of "aliens who do not show up to court and are ordered removed in absentia has soared, with 17,200 removal orders issued in absentia in the first quarter of fiscal year (FY) 2019. … If this pace continues, in absentia removal orders would more than triple the 2013 total."

For asylum cases originating in a credible fear claim, "in absentia removal orders are on pace to increase to 17,636 in FY 2019, around 20 times more than the total in FY 2010."

And since September 2018, "1 out of every 6 family unit cases filed on special expedited dockets at 10 immigration courts has ended with an in absentia removal order," the White House said.

Trump is also calling on DHS to reassign immigration officers and any other staff "to improve the integrity of adjudications of credible and reasonable fear claims, to strengthen the enforcement of the immigration laws, and to ensure compliance with the law by those aliens who have final orders of removal."

Fox News' Shannon Bream and The Associated Press contributed to this report.

OnPolitics: Sorry, this isn’t about the Nats winning