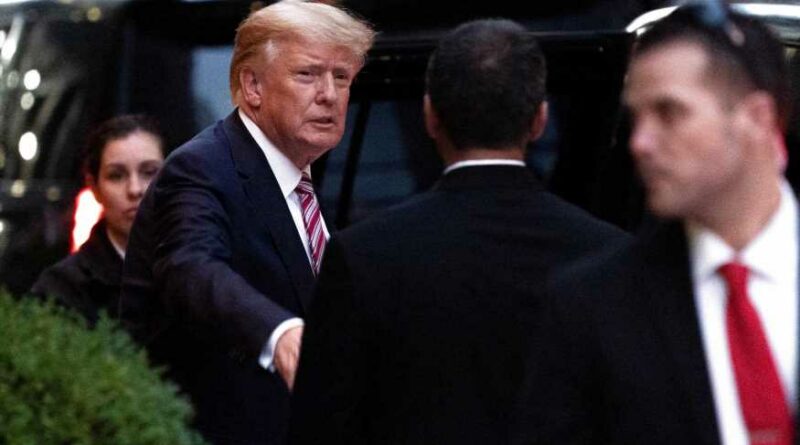 The SPAC that plans to merge with former President Donald Trump's new social media company on Monday revealed that the Securities and Exchange Commission and another regulator weeks ago asked it for information regarding stock trading and communications with Trump's firm before the deal was announced.

The investigations by the SEC and the Financial Industry Regulatory Authority were disclosed in an 8-K filing with the SEC by Digital World Acquisition Corp., the special purpose acquisition company on track to merge with Trump Media & Technology Group.

Trump's company plans to launch a social media platform called "TRUTHSocial," which purportedly would compete with Twitter and Facebook, both of which have banned the former president because of his incitement of the Jan. 6 Capitol riot.

DWAC shares were trading at $43.19 per share on Monday morning, down almost 3% on news of the filing, even as equity markets broadly were higher.

The filing comes just two days after Trump Media & Technology Group and DWAC said the SPAC had reached agreements to obtain $1 billion in committed capital from a "diverse group of institutional investors" to be received when the merger is consummated. The identities of those investors in that so-called PIPE, or private investment in public equity, were not publicly disclosed.

DWAC and Trump's firm did not immediately respond to an email from CNBC asking why the investigations by the SEC and FINRA were being disclosed weeks after DWAC was contacted by the regulators, and also whether investors in the PIPE were told about the probes when their capital was being solicited.

In its filing, the SPAC firm said that shortly after the deal to merge with Trump's company was announced, FINRA asked for information about stock trading "that preceded the public announcement of the October 20, 2021 Merger Agreement."

DWAC's stock price dramatically increased after that announcement, and trading volume in the company's shares exploded.

Shares of the blank-check firm, which had been trading at around $10 per share before the merger was disclosed, rocketed to as high as $175 per share in the days afterward.

DWAC also said Monday that in early November, the SEC sent DWAC a voluntary information and document request that sought documents related to DWAC board meetings, policies about stock trading, the identities of certain investors and details of communications between DWAC and Trump's social media firm.

The filing said that both the SEC and FINRA indicated in their requests that there has been no determination of a violation of securities laws or other wrongdoing by the company.

Warren in her request noted news reports that DWAC "may have committed securities violations by holding private and undisclosed discussions about the merger as early as May 2021, while omitting this information [SEC) filing and other public statements."

But the investigations by the SEC and FINRA predate Warren's request, according to DWAC's 8-K filing.

"DWAC has received certain preliminary, fact-finding inquiries from regulatory authorities, with which it is cooperating," the company said in the filing.

"Specifically, in late October and in early November 2021, DWAC received a request for information from FINRA, surrounding events (specifically, a review of trading) that preceded the public announcement of the October 20, 2021 Merger Agreement," the filing said.

"According to FINRA's request, the inquiry should not be construed as an indication that FINRA has determined that any violations of Nasdaq rules or federal securities laws have occurred, nor as a reflection upon the merits of the securities involved or upon any person who effected transactions in such securities."

"Additionally, in early November 2021, DWAC received a voluntary information and document request from the SEC which sought, inter alia, documents relating to meetings of DWAC's Board of Directors, policies and procedures relating to trading, the identification of banking, telephone, and email addresses, the identities of certain investors, and certain documents and communications between DWAC and TMTG," DWAC's filing said.

"According to the SEC's request, the investigation does not mean that the SEC has concluded that anyone violated the law or that the SEC has a negative opinion of DWAC or any person, event, or security." 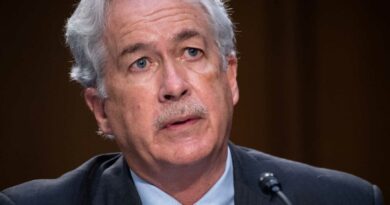 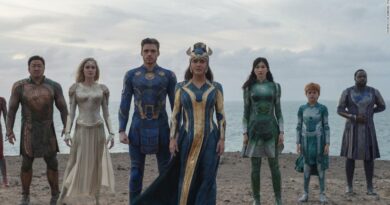 Watch: 'The Masked Singer' reveals who's behind The Beach Ball