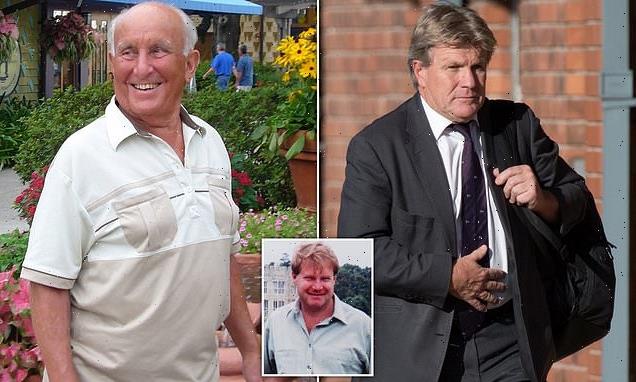 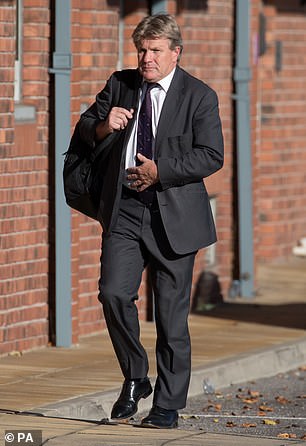 Consultant urologist Paul Miller, 63, (pictured) has been struck off the register for wrongly using Hifu treatment on cancer patients and for failing to declare his financial interest in the device, which uses high frequency waves to burn away cancer cells

A ‘financially motivated’ doctor who wrongly treated cancer patients on a machine he co-owned has been struck off the register.

Consultant urologist Paul Miller, 63, was said to be an ‘early advocate’ of high intensity focused ultrasound (Hifu) while working at East Surrey Hospital in Redhill, where he treated patients suffering from bladder and prostate cancer.

The Hifu treatment – described as novel and experimental – uses high frequency sound waves to burn away cancer cells, and emerged in the mid-2000s, with trials taking place in the UK, the US and France.

Mr Miller had set up his own company and bought a Hifu device for £450,000, which he subsequently rented to privately-run Gatwick Park Hospital in Horley, Surrey, where he also worked and would refer patients for treatment.

But between 2004 and 2018, Mr Miller used the treatment on several patients without declaring his financial interest in the machine – and despite other treatments being more appropriate, a tribunal found this week.

At the time it was not a treatment recommended by the National Institute of Health and Care Excellence (NICE) and could only be used as part of a clinical trial.

Hifu was deemed inappropriate for eight patients Mr Miller recommended it to, with it delaying some receiving treatment that would have been more successful.

Ten cancer patients died after they were treated by Mr Miller between 2006 and 2014.

A 2019 inquest found that that seven of those died from natural causes but ruled that Renfried Avery, 80, Leslie Owers, 75, and Graham Stoten, 57, all died of natural causes contributed to by neglect.

A Medical Practitioners Tribunal Service (MPTS) tribunal, sitting in Manchester this week, found Mr Miller acted dishonestly in having a financial interest and motivation for eight of his patients to undergo Hifu treatment and did not disclose his interest to some of them. 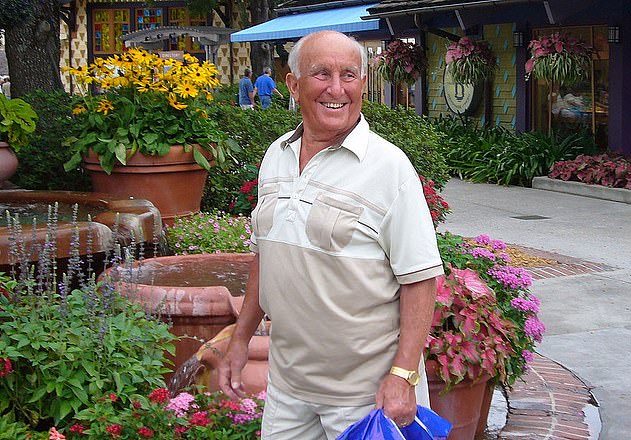 Ten cancer patients died after they were treated by the consultant urologist between 2006 and 2014.  Pictured: Renfried Avery was one of three patients who died of natural causes contributed to by neglect, a coroner ruled in 2019

The tribunal also concluded his recommendation and treatment with Hifu was inappropriate – either because their cancers were not of the kind for which the device was considered appropriate, or because standard treatments of radical radiotherapy or radical prostatectomy offered better prospects of a cure.

Five of the patients were initially treated in the NHS at East Surrey Hospital before being referred to the privately run Spire Gatwick Park Hospital, while the other three were private patients of Mr Miller.

Mr Miller was also found to have failings in his care of five other patients.

Ruling Mr Miller’s fitness to practise was impaired, tribunal chair Lindsay Irvine said on Tuesday: ‘Not only did Mr Miller fail to discuss with or explain to some patients all the treatment options available to them, in the case of those to whom he recommended Hifu treatment or treated them with Hifu, he did not provide them with the level of information required for informed consent – given that Hifu was a novel and experimental treatment.

‘The Tribunal considered that depriving patients of the opportunity of receiving the right treatment because of financial motivation and concealing from patients a financial interest is a particularly serious breach of good medical practice. 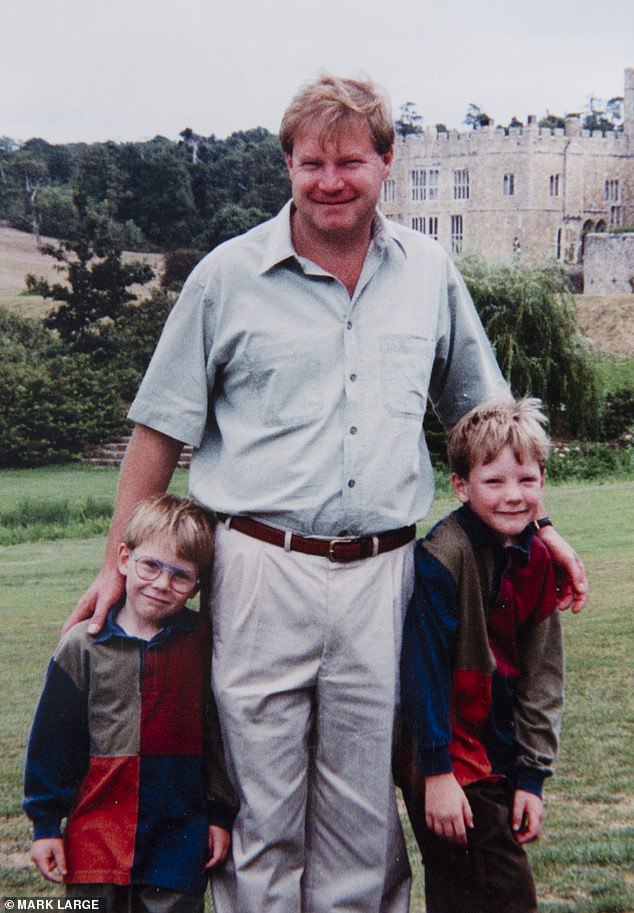 ‘The Tribunal notes that Mr Miller has expressed no remorse, regret or apology for his actions nor has he demonstrated any insight into either his behaviour or the harm he has caused to patients.’

Mr Miller has not practised since he underwent a performance assessment in 2017 and withdrew from proceedings this week.

He had denied misconduct on various dates between 2004 and 2018.

Giving evidence earlier this year, he denied wanting to make money from the machine and said he believed its use was in the patients’ best clinical interests.

The consultant said he had never received a salary, a dividend or payment from the company he jointly formed in October 2005 with another clinician.

In October 2019, senior coroner Penelope Schofield criticised urologist Paul Miller and Sussex and Surrey NHS Trust at inquests into the deaths of 10 of his cancer patients who died of natural causes, but she found three had been contributed to by neglect, and ‘missed opportunities’ were noted in three others.

She said the clinical treatment of patients was ‘suboptimal’ and there were ‘missed opportunities’ to cure or extend the lives of patients.

The inquest in Crawley, West Sussex was told the three-man team of consultants did not work well as a team and it often felt like they were involved in a ‘guerrilla warfare.’ 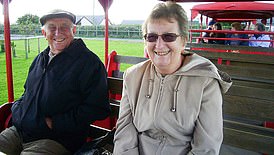 A 2019 inquest found that that seven patients died from natural causes but said that Renfried Avery, 80, (pictured) Leslie Owers, 75, and Graham Stoten, 57, all died of natural causes contributed to by neglect

‘Senior managers were aware of the risk of safety of patients yet they took no action,’ she added.

Miss Schofield said there was ‘no real appetite’ to follow through the allegations of Mr Miller and he was able to carry on working ‘unhindered’ because of the Trust’s lack of procedure to deal with staff complaints.

The inquest heard senior colleagues and nurses became extremely concerned about a major conflict of interest.

They felt patients whose conditions would not benefit from HIFU were being referred to the private hospital for treatment on the £500,000 machine.

Whistleblowers raised the alarm and reported the consultant to senior management at SASH but were dismayed and frustrated when nothing was done.

Bosses took five years to act on concerns of staff but eventually Mr Miller was suspended and an investigation was launched.

The Trust then wrote a letter to more than 1,200 patients treated by the consultant asking if they had concerns about their care.

The Royal College of Surgeons launched its own investigation and found that 27 cancer patients treated by Mr Miller had suffered ‘serious harm’ at the hands of the consultant.

The company, Mobile Hifu Limited, purchased a Hifu machine for about £440,000 with a bank loan and subsequently rented it out to privately run Spire Gatwick Park Hospital in Surrey where Mr Miller treated patients with prostate problems, the tribunal heard.

On Tuesday, in his absence Mr Miller was erased from the medical register.

Mr Irvine added: ‘The Tribunal determined that given the scale of Mr Miller’s dishonesty, his deliberate disregard for patient safety, putting his own interests before that of his patients, together with a complete lack of insight and the significant risk of repetition, his misconduct was irremediable and fundamentally incompatible with continued registration.’

One patient who survived following treatment by Mr Miller told the Medical Practitioners Tribunal earlier this year that he was unaware of the link between his doctor and the Hifu machine when he visited Mr Miller in March 2006 after a biopsy confirmed cancer was in his prostate.

The witness, referred to as Patient K, said he subsequently became aware of the financial connection between Mr Miller and Hifu, but could not say when.

He said: ‘He told me that it was not something that was widely available, certainly as far as the NHS was concerned, and it was a procedure that was being used in France successfully.’

An MRI scan revealed the cancer had not spread and he was happy to go ahead with the Hifu single procedure because of its ‘relative lack of side-effects’, he told the hearing in Manchester.

He said: ‘I was very guided by Mr Miller’s recommendation as to the use of Hifu and I was aware radiotherapy was a treatment that took place over a period of time. I don’t believe we had a detailed discussion as such in that regard but I knew about the other options.’

Asked by Catherine Cundy, for the General Medical Council (GMC), if he came away from the March 2006 consultation with the idea that Hifu was his recommended treatment, Patient K replied: ‘It was strongly recommended and I did come away with that view.’

In October 2019, senior coroner Penelope Schofield criticised Mr Miller and Sussex and Surrey NHS Trust at inquests into the deaths of 10 of his cancer patients who died of natural causes.

She found three had been contributed to by neglect, and ‘missed opportunities’ were noted in three others.

She said the clinical treatment of patients was ‘suboptimal’ and there were ‘missed opportunities’ to cure or extend the lives of patients.

The inquest in Crawley, West Sussex was told the three-man team of consultants did not work well as a team and it often felt like they were involved in a ‘guerrilla warfare.’

In a statement released after the inquest Mr Avery’s only child Mark, 44, said: ‘It has been seven years since my dad passed away and I finally feel as if we have got some answers. It’s just a shame my mum, who died almost two years ago, isn’t here to see it.

‘She was by my dad’s side through every step of his illness and was taken in by Miller as well. He was the expert and they trusted him implicitly – they put dad’s life in his hands.

‘It is devastating to think that with different treatment we could have had months or even years left with him and that’s something I will never be able to forgive Miller for.

‘Personally I have also found it very upsetting to hear the trust’s attempts to wriggle out of all responsibility when there were clearly failings on their part. Rather than admit their mistakes, they seemed more concerned with protecting their own reputation.

‘My dad was one of the first people to raise concerns about Miller and my parents were always determined to get to the truth and make sure the same didn’t happen to anyone else.’

He added the real issue for his mother Doreen Avery was that Mr Miller ‘seemed to show no remorse for his actions’ after moving to America to continue practising.

‘Hopefully now he will finally be held accountable for his actions,’ he added.

Clinical negligence lawyer acting for Mark Avery, Victoria Beel, said Mr Miller ‘gambled with the precious time’ of his patients and ‘has shown no remorse for his actions’.

Ms Beel added: ‘Dr Miller abused his position of trust and showed total contempt for his patients, making decisions that would seriously affect their lives without their knowledge or consent.

‘He gambled with the precious time they had left and even now has shown no remorse for his actions, all of which continues to raise serious questions about his fitness to practice.

He added: ‘It is imperative that the trust also learns from its own failures to stop Dr Miller earlier and ensures there are robust and rigorous systems in place to prevent this from ever happening again.’

Dr Ed Cetti, medical director at SASH, said: ‘We extend our sympathies and sincere apologies to the family and friends of all those involved. We are sorry that historic poor practice led to some patients not receiving the standard of care they were entitled to expect.

‘In the years since this period, we have worked hard to create the environment, systems and processes that ensure staff are supported to raise concerns, and that lessons are learnt and improvements made as a result. The culture of our organisation has been transformed, with the independent regulator rating us outstanding earlier this year.’ 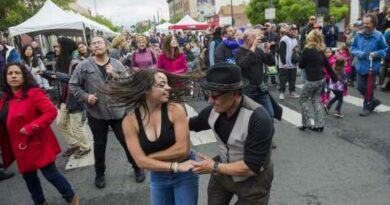 It's official: There will be a "Nutcracker" in 2021, but no Five Points Jazz Fest in May — The Know 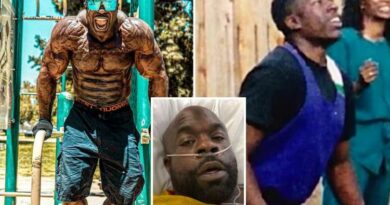 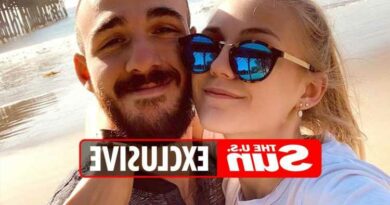