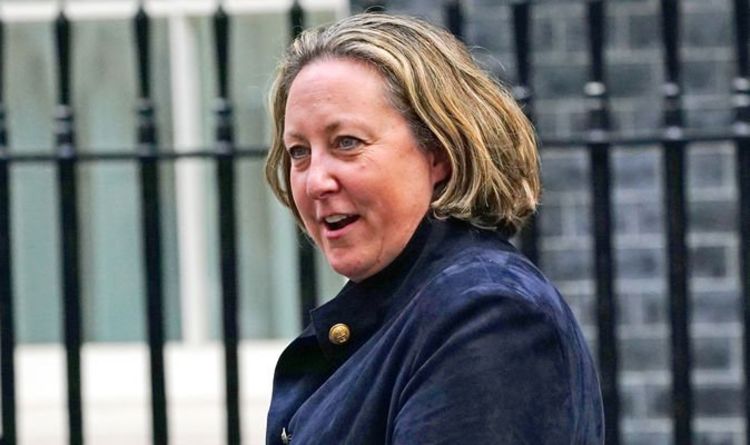 The Berwick upon Tweed MP was appointed to oversee the UK’s trade deals as part of a reshuffle of Boris Johnson’s Cabinet last week. She has an unenviable task of living up to Liz Truss’s achievements.

Ms Truss’s success in signing dozens of trade deals made her a firm favourite among Conservative party members.

Mrs Trevelyan will set out her plans to unleash digital trade in a speech to London Tech Week later today.

She wants the UK to play a pivotal role in “breaking down barriers” to forge a new global consensus on trading digital services internationally.

The digital sector already plays a huge part in the UK economy.

But last year the UK agreed to terms on digital trade in its comprehensive free trade agreement with Japan.

Negotiations on a world-leading Digital Economy Agreement with Singapore were also started in June.

Mrs Trevelyan will outline her plans to further increase digital exports when addressing the technology festival.

She said ahead of the speech: “All of us depend on digital trade, yet British businesses face digital barriers in countries who take a protectionist approach.

“I want the UK to break down these barriers and open up new, exciting opportunities for businesses and consumers so we can see improved productivity, jobs and growth.

“Our five-point plan is the first step in shaping international digital trade policy for decades to come.

“Through our network of international agreements, we are breaking new ground, pushing forward innovative ideas and setting a new gold standard for digital trade.”

DON’T MISS:
Why Biden turned his back on ‘soft’ EU in favour of Brexit Britain [INSIGHT]
‘First mover’ Britain to eclipse EU in new power race [UPDATE]
‘Keep your nose out of it!’ Britons rage as Pelosi gives ultimatum [REACTION]

Under the five-point plan the new International Trade Secretary is looking to:

But many businesses face barriers to international trade due to a failure to adapt to the digital age.

The UK is also hoping to use its presidency of the G7 to establish a uniform approach between allies on digital trade. 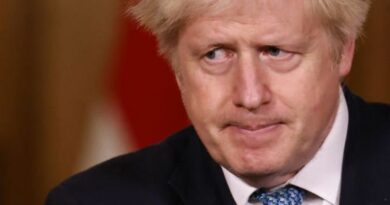 In a Disturbing Rant, Trump Says Protesters 'Would Have Been Greeted With the Most Vicious Dogs'