Border agents in Del Rio, Texas, will no longer patrol the area on horseback after videos and photos of mounted officers charging migrants and whipping at them with ropes on Sunday went viral.

“We have ceased the use of the horse patrol in Del Rio temporarily,” a DHS official told reporters. “We’ll prioritize other methods for identifying individuals who might be in medical distress.”

Psaki said the Department of Homeland Security has opened an investigation into the events with the support of President Joe Biden.

Earlier Thursday, the Biden administration’s special envoy to Haiti, Daniel Foote, resigned over the “inhumane” treatment of the massive camp of predominantly Haitian refugees on the Texas border.

“I will not be associated with the United States inhumane, counterproductive decision to deport thousands of Haitian refugees and illegal immigrants to Haiti, a country where American officials are confined to secure compounds because of the danger posed by armed gangs to daily life,” Foote wrote in his resignation letter.

“Our policy approach to Haiti remains deeply flawed, and my policy recommendations have been ignored and dismissed, when not edited to project a narrative different from my own.”

An estimated 14,000 Haitian migrants have been camping in squalid conditions near a bridge in the relatively remote border city of Del Rio, Texas, with the hope of seeking asylum in the United States.

The Biden administration has already removed more than 2,000 of them for processing and possible deportation, with a U.S. official telling The Associated Press that DHS hopes to send five to eight planes a day to Haiti starting Sunday. 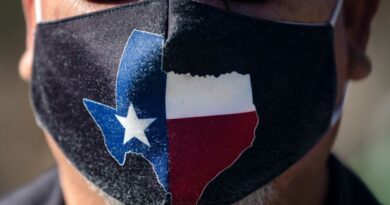 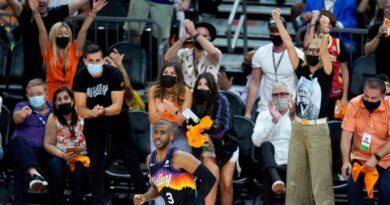 Analysis: The parity era in the NBA may have just arrived