Home » Why a New Mexico House Race Is a Crucial Test of the G.O.P. Focus on Crime 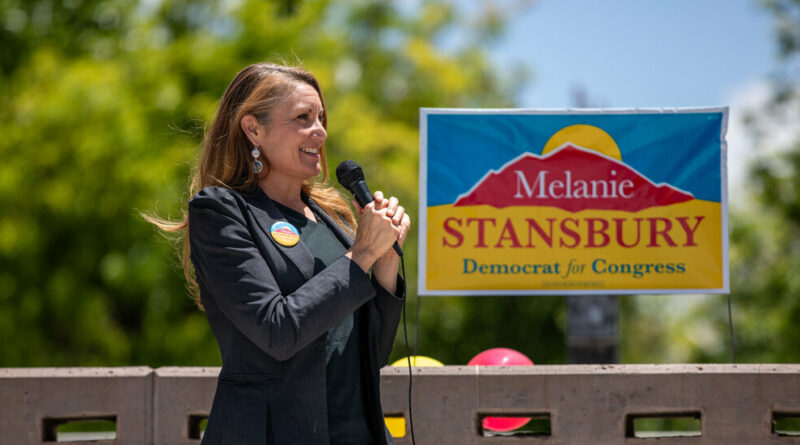 ALBUQUERQUE — In theory, the special election to fill Interior Secretary Deb Haaland’s seat in the House should not be competitive. President Biden carried the Albuquerque-based district by 23 points last year, and there has not been a close race for Congress here since George W. Bush was president.

Democrats in Washington and New Mexico, however, are not taking any chances ahead of the election Tuesday. They have flooded Melanie Stansbury, their nominee, with an infusion of late money, dispatched Jill Biden and Doug Emhoff to appear with her in the state, and sought to energize volunteers on her behalf.

“This race is the highest priority for us,” House Speaker Nancy Pelosi told nearly a thousand national progressive activists on a conference call Thursday night, adding: “Any victory is good, but we want a nice, decisive victory.”

Ms. Pelosi’s eagerness to notch a resounding win reflects the party’s anxiety over one of the most pressing challenges it faces: defusing Republican attacks over law and order.

More immediately, it signals the urgency House Democrats feel to maintain their tissue-thin majority in the House. With only a four-seat advantage and a largely unified Republican opposition, Ms. Pelosi needs every vote.

The contest between Ms. Stansbury and her opponent Mark Moores, both state legislators, carries symbolic as well as practical implications. Special congressional elections in the first year of a new administration have historically offered insight on the strength of the party in power. And this race may prove to be one of the few competitive elections to fill a vacancy ahead of next year’s midterms.

Further, with a number of House Democrats already retiring or running for another office, a surprise loss or even a close victory in New Mexico could accelerate the race to the exits among lawmakers who have little appetite to face a difficult re-election only to serve in the minority.

Most of the attention on Ms. Haaland’s seat, however, has focused on a central issue in the race: crime. Mr. Moores, a former University of New Mexico football player who now runs a medical diagnostic testing business, has effectively run a one-note campaign against Ms. Stansbury, an environmental consultant who did stints on Capitol Hill and in former President Barack Obama’s Office of Management and Budget.

Mr. Moores has spotlighted the rising murder rate in Albuquerque and assailed Ms. Stansbury as soft on crime for supporting a little-known proposal in Congress that would cut funding for local police departments.

“We’ve been talking about that a lot because there’s a lot of bad things in that bill that will make New Mexico more dangerous,” he said in an interview, noting there were already nearly 50 murders in Albuquerque so far this year, double the number in the same time frame last year.

At a moment when crime is soaring nationally, any success Republicans have with a law-and-order argument here will embolden them to lash Democrats next year with the “defund the police” calls from some on the party’s left.

Senior party officials acknowledge that Ms. Stansbury has handed Mr. Moores a political weapon, and complicated an otherwise sleepy race, by coming out for a measure that has little support in Congress and would almost certainly never come to a vote.

In an interview, Ms. Stansbury offered no regrets for her support of the measure, the so-called BREATHE Act, an expansive criminal justice proposal pushed by racial justice activists.

“Our country is facing a major reckoning and having a major conversation about racial and social injustice, and I think it’s really critical that we address these issues and we have the conversation,” she said.

Ms. Stansbury said she had “helped to bring home tens of millions of dollars of public safety funding back to Albuquerque” through her work in the statehouse.

She is trumpeting that achievement in a well-aired advertisement aimed at rebutting Mr. Moores’s charges. 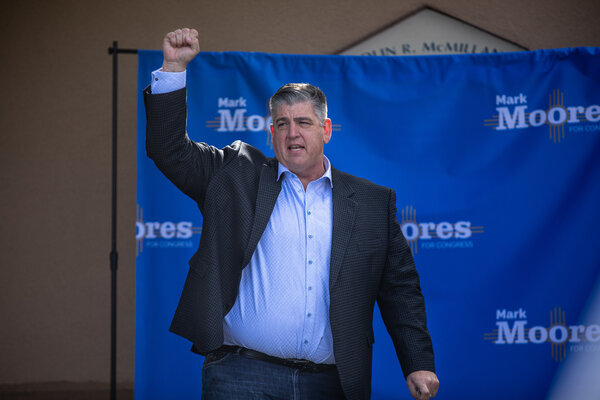 Yet in a series of speeches to supporters two Saturdays ago, Ms. Stansbury avoided mentioning crime or her work to deliver state dollars to local police. She mostly stuck to platitudes about the community, leaning heavily on the jargon of upscale progressives.

The election is about “making sure that New Mexico voices are heard in Congress, that everybody has a seat at the table, that our families are taken care of and that people feel empowered,” Ms. Stansbury told a group of voters before a canvassing drive.

Some of her supporters, however, were less reluctant to discuss the violence dominating headlines in this city.

“That’s what people care about,” said Vera Watson, a Democratic activist who has been canvassing for Ms. Stansbury, noting that almost everybody on her block has had their house burglarized.

Scott Carreathers, the city of Albuquerque’s African-American liaison, said “crime is huge, obviously,” but did not know whether that was part of Ms. Stansbury’s platform.

Mr. Carreathers called Mr. Moores an “attractive candidate” and, alluding to the traditionally liberal nature of the district, added: “I just don’t want Democrats to take that for granted.”

Representative Sean Patrick Maloney of New York, who runs the House Democratic campaign arm, said suggesting his party is seeking to defund the police is “a pernicious lie.” But Mr. Maloney also authored a review of last year’s elections that highlighted that line of attack as one of the main reasons Democrats nearly lost the House, so he knows well the potency of the charge.

What’s working in the Democrats’ favor is that while they have raced to prop up Ms. Stansbury’s campaign with money and reinforcements, out-of-state Republicans have all but abandoned Mr. Moores. Concluding that the heavily urban seat is unwinnable, House Republicans have sent him just $7,000. Ms. Stansbury has been showered with more than $100,000 just from congressional Democrats, enabling her to dramatically outspend Mr. Moores in the final weeks of the race.

And with no outside Republican groups broadcasting commercials in the district, Ms. Stansbury has dominated the Albuquerque airwaves.

“Yeah the money hasn’t come in like I would’ve liked,” said Mr. Moores. He said Washington Republicans had told him he “had to make this a race” to receive their help.

Like other Republicans running in liberal-leaning areas, he has also had to tread gingerly around former President Donald J. Trump’s false claims that last year’s presidential election was stolen.

Asked if Mr. Trump was still the leader of the G.O.P., Mr. Moores sighed, paused for a few seconds and said: “I think there’s a lot of leaders of the party.” He acknowledged Mr. Biden had won the election fairly. “We as a nation have to move on,” he said.

The partisan composition of early voting returns suggests Ms. Stansbury is well-positioned going into the election on Tuesday: As of May 27, more than twice as many registered Democrats had cast ballots as registered Republicans, according to The Albuquerque Journal.

The ballots cast only represent 15 percent of registered voters, though, and it’s unclear if Republicans will show up in larger numbers on the day of the vote, immediately after a holiday weekend.

State and national Democrats are confident Ms. Stansbury will prevail, and say her lack of name recognition — she was only elected to the state legislature in 2018 — and a somewhat apathetic electorate are the only things injecting a measure of uncertainty into the race.

“People are just exhausted from the election in November,” said State Representative Antonio Maestas, an Albuquerque Democrat. “Political junkies don’t understand that not everybody is a political junkie, so we have to remind our friends and family there’s an election.”

After the party’s challenges with some Hispanic voters last year, Democrats have been pleasantly surprised that Mr. Moores, whose mother is a Latina, has not emphasized his ethnicity to contrast himself with Ms. Stansbury, who is white, in a district that’s 43 percent Hispanic.

Still, they are working assiduously to avoid an unpleasant surprise on Tuesday. A number of New Mexico-based Democratic operatives with ties to the national party reached out to their contacts in Washington to ensure them that they took the race seriously.

And Gov. Michelle Lujan Grisham, a Democrat who represented the district before becoming governor, has spoken to her former colleagues in the Congressional Hispanic Caucus about the contest, according to people familiar with the conversations. On Saturday, Ms. Lujan Grisham and Ms. Stansbury were joined in Albuquerque by Representative Pete Aguilar of California, a member of the Democratic leadership.

Representative Cheri Bustos of Illinois, who ran the House Democratic campaign arm in 2020, said there was an aggressive push in the caucus to help Ms. Stansbury.

“The initial reaction is, ‘That’s a safe Democratic seat, right, why is everybody asking for money?’” Ms. Bustos said. “But I think everybody wants to be sure.”

Ms. Stansbury said she had spoken to Ms. Pelosi about the stakes. 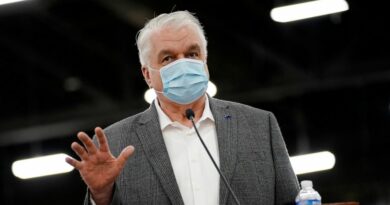