Home » Politics » ‘You have to accept it!’ Hoyle slaps down SNP MP left red faced with rage at Rees-Mogg 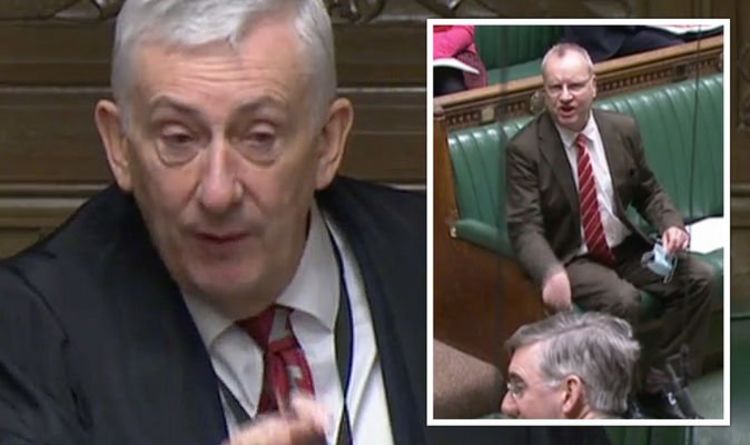 Speaker has to bring order to Commons in Rees-Mogg debate

The Speaker interrupted Mr Rees-Mogg’s response as Pete Wishart could be seen clamouring as the leader of the House of Commons delivered his response. Sir Lindsay Hoyle demanded the SNP MP “calm down” as he reminded him he had to accept the response he was given even if he did not like it. Sir Lindsay said: “Can we just calm it down?”

As Mr Wishart continued to yell at Mr Rees-Mogg, the Speaker thundered: “No, no, no. You had your chance.

“That’s the reply. Sometimes we have to accept the reply if we don’t like it.”

The SNP MP was taking issue with Mr Rees-Moggs’ explanation as to why the House of Commons had returned to in-person sessions following the recess despite the high number of Omicron cases in London.

Mr Wishart noted the Scottish Parliament had opted for virtual meetings as Scotland grapples with the ongoing health crisis, questioning why the Commons had not opted for the same approach.

He said: “The Scottish Parliament sat in an emergency session to discuss the Omicron crisis in Scotland.

“It was all virtual, all elected MSPs could participate in the sitting, absolutely no risk whatsoever to the staff on the Holyrood Estate.

“This House also met for the first time since the Christmas recess, it was entirely in person, in a 19th century building with practically no social distancing measures in place.

“All 650 members could attend if they wanted to, and a good proportion chose to come here to a packed chamber to listen to PMQs and a Prime Ministerial statement.”

Mr Rees-Mogg also hit out at the SNP MP, pointing out England and Scotland had opted for different strategies to tackle to coronavirus pandemic – and noting Nicola Sturgeon’s approach had seemed to backfire.

He said: “I am sorry the Honourable Gentleman doesn’t like doing his job, and he wishes to enjoy himself sitting at home.

“And he doesn’t want to do what members of Parliament are expected to do, and turn up in the House of Commons to be heard.

DON’T MISS
Poland slams gates to Europe SHUT [REPORT]
British expats in Spain hit by over £23,000 visa change [LATEST]
Have your say: Has Brexit been a success so far? [POLL]

“I would remind the House that the SNP decided to take a very different route. They don’t believe in trusting people to make decisions for themselves.

“They believe in constant, perpetual lockdown which the leader of the SNP has herself accepted did not go as well as anticipated.”

Latest data showed an increase in fresh infection across Scotland despite Ms Sturgeon tightening restrictions in the run-up to Christmas. 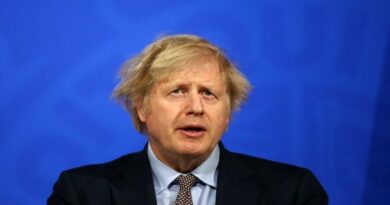 Boris Johnson: We don’t need EU, 60m new jabs to be made in Britain 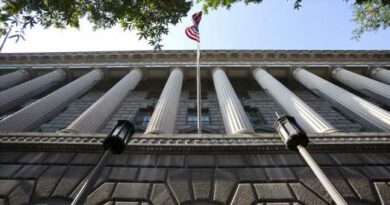