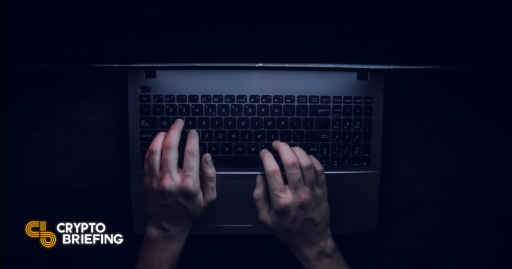 An attacker targeted DeFi protocol Alpha Finance for a sum of $37.5 million earlier this morning. The exploit was found in the protocol’s Alpha Homora V2 product—not Cream Finance, as many suspected.

The DeFi space has suffered yet another attack.

This time, it involved Alpha Finance. Though full details are yet to surface, it appears that the exploit affected the protocol’s Alpha Homora V2 product.

Initially, members of the DeFi community pointed to Cream Finance as the root cause of the incident, though the Cream team confirmed that its contracts were “functioning as normal.” Alpha Homora integrates Cream, which led to confusion.

Alpha Finance then posted their own announcement, pointing to the Alpha Homora V2 product as the exploit’s origin. They confirmed that they’re working with Andre Cronje and Cream Finance to investigate the incident, and that the loophole had been fixed. They also said that they “have a prime suspect” in mind.

Borrowing from Alpha Homora V2 has also been paused.

An Etherscan transaction shows that the attack was worth over $37.5 million. A large chunk of that sum was a loan of 13,244 ETH.

A trail of activity shows that they sent some ETH through Tornado.cash, a privacy solution that helps Ethereum users conceal their transaction history. They also appear to have sent 1,000 ETH to both the Alpha Finance Lab deployer and Cream Finance deployer.

The attack was carried out through a complex multi-step process that suggests the perpetrator was an experienced DeFi native. They used the Alpha Homora protocol, which integrates Cream, to borrow sUSD. They then lent these funds back to Iron Bank to receive cySUSD. They also took out large flash loans from Aave to increase their cySUSD holdings. With that, they were able to borrow the 13,244 ETH, $4,263,139 worth of DAI, $3,997,921 worth of USDC, and $5,647,242 worth of USDT.

The native tokens of both Cream Finance and Alpha Finance have tanked following the news. ALPHA has been particularly hard hit—it’s down 22% at the time of writing, trading at $1.82.

Full details surrounding the attack are yet to emerge. Both Cream Finance and Alpha Finance have confirmed that they’ll share post-mortem reports soon.

Alpha Finance is one of DeFi’s leading protocols, alongside Cream Finance. The attack is yet another case study that shows DeFi is still in its nascent stages. As such, experimenting with this technology is highly risky.

Editor’s note: This is a developing story. More updates will be posted as they come.

Disclosure: At the time of writing, the author of this story owned ETH and ALPHA.