Hut 8 Mining Corp., a cryptocurrency mining and blockchain infrastructure company, began trading on the TSX Venture Exchange on Tuesday, “a milestone for the growth of blockchain and cryptocurrency companies,” according to Valery Vavilov, CEO of the BitFury Group and a member of the board of directors of Hut 8.

Toronto-based Hut 8 is backed by billionaire investor Mike Novogratz as well as the BitFury Group. It raised more than C$100 million in two private placements prior to its listing with the BitFury Group having the largest minority stake, Sean Clark, CEO of Hut 8, told Bloomberg on Tuesday.

“With this listing we expect that retail investors will gain exposure [to cryptocurrency mining] and we are confident that the stock will perform based on sound fundamentals because at the end of the day what makes Hut 8 unique is its relationship with BitFury,” Clark said.

“We will have proprietary access to chips that are developed so we will always have the best chips. We have zero operating risks because BitFury has been operating data centers since 2011 and in addition to that we will gain capital in an efficient way through the capital market which will allow us to establish large electricity footprints to create large, industrial-size data centers that would mine all major protocols.”

The BitFury Group is the biggest miner outside of China with 172 megawatts of data centers globally and the main competitor to market leader Bitmain. The company has mined over a million tokens and estimates its most recent annual revenue was US$350 million, according to investor documents.

Clark said the company’s goal is to mine between 25 and 30% of the entire cryptocurrency ecosystem.

“It’s all about scale. Hut 8 is now a proxy for BitFury to access capital markets and capital so we can scale very quickly,” he said.

Ethereum Layer 2 Arbitrum Soars to $2B in Value Locked 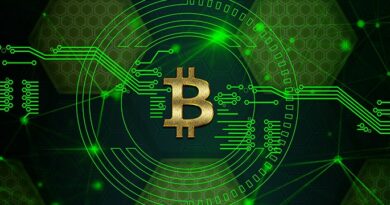 No, the protocol is not locked