With both Bitcoin and Ethereum noting some much-needed market momentum, altcoins seemed to be on the rise again over the weekend.

Synthetix and VeChain were few of them, with the alts on the brink of kicking off another rally, with strong bullishness visible on their charts. EOS, however, fell to the overbought zone and hit a crucial level of resistance. 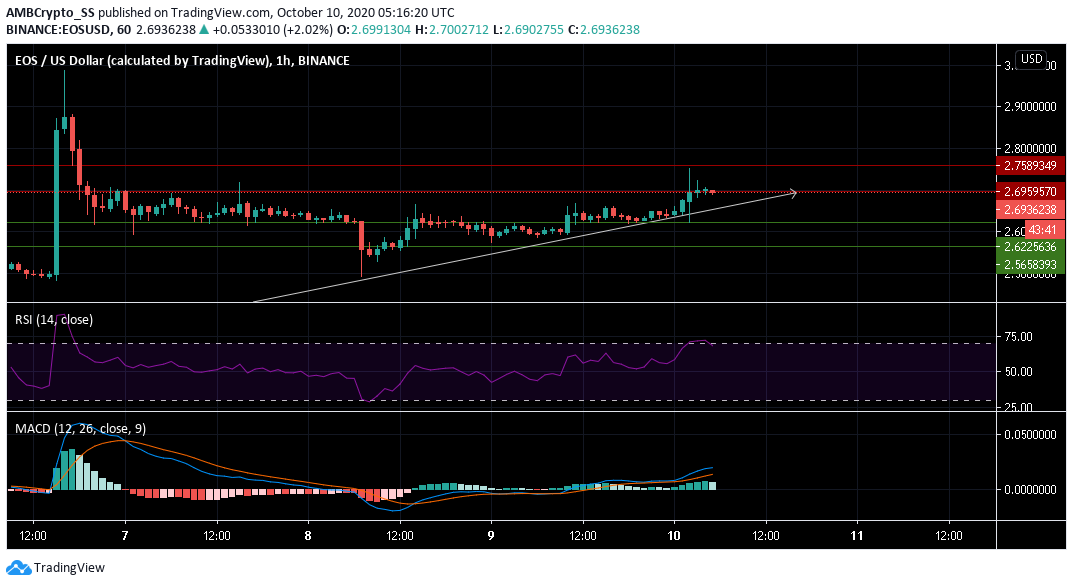 EOS entered the weekend after making a gain of almost 3.5%, with the cryptocurrency trading firmly along its immediate resistance level of $2.695. For EOS, a minor price correction may be around the corner.

The Relative Strength Index had already reached the overbought territory, following which, it was turning south. The MACD too, at the peak of its current bullishness, could register a reversal soon.

In case the market’s bulls fail to strongly take control of the $ 2.695-resistance level, a downtrend could follow. Although the situation still remained bullish, it wasn’t a buy on dips scenario for traders. The risk-reward ratio remained high due to an imminent threat of quick reversal.

In other news, Google has become the first Silicon Valley giant that would now be a major EOS block producer. Google Cloud, with its partnership with EOS, would help build applications on the EOS platform. 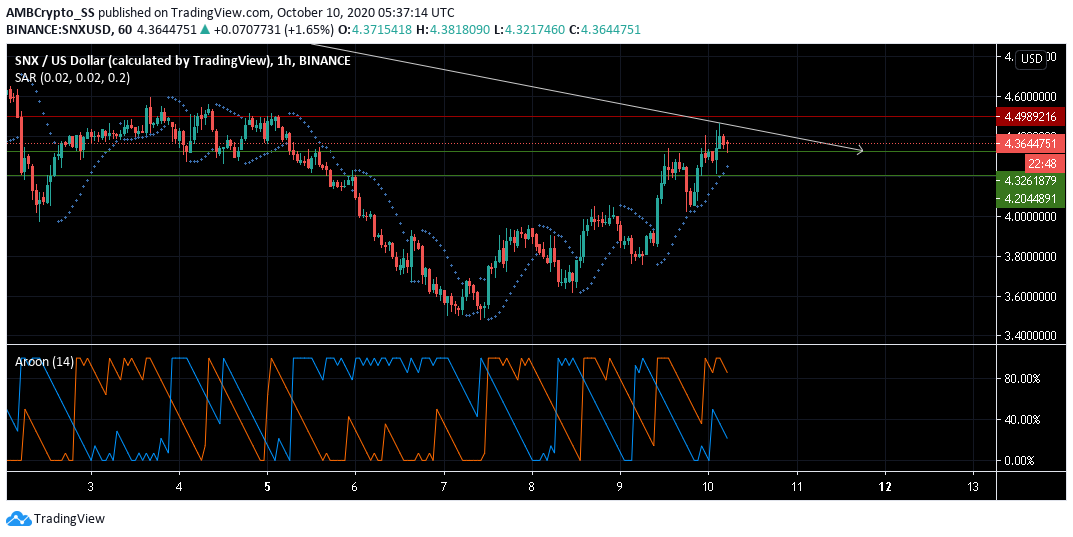 Synthetix was relatively bullish over the lower timeframe after recording an almost 12% gain in the last 24 hours. SNX, at press time, was trading at $4.36, just above its immediate support level.

The Aroon up (orange) was seen above the Aroon down (blue), indicating the presence of a short-term bullish trend. Thus, the price was likely to go back up in the next few trading sessions.

The dotted markers of the Parabolic SAR below the candles also confirmed the uptrend. A rising valley formation with 4 consistent troughs was visible.

This meant that the bulls were trying again to push the prices towards the $ 4.498-level of resistance. Such a scenario is likely to unfold over the next few trading sessions. 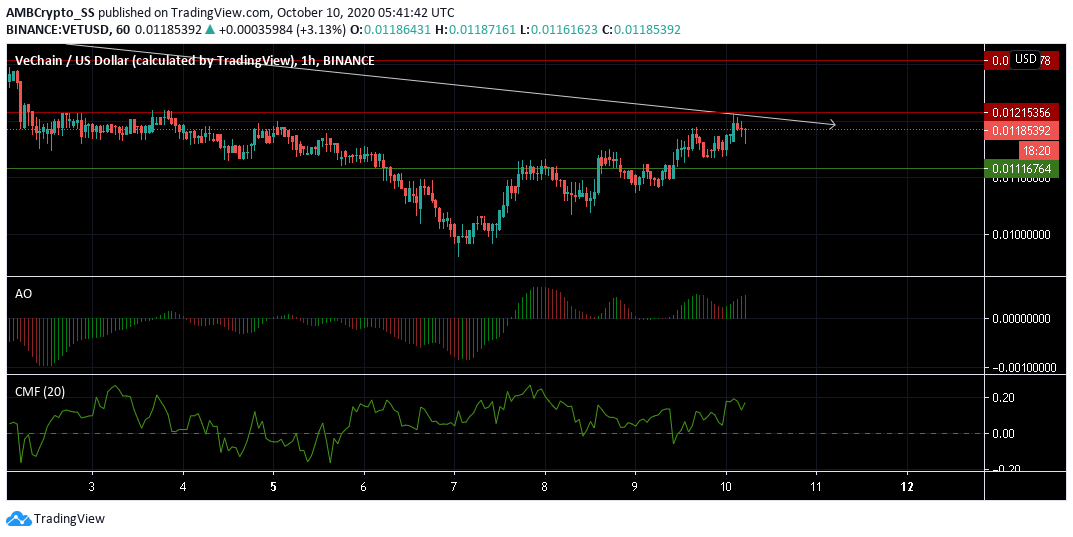 VeChain was edging towards another price hike, after registering a minor dip during the day’s trading session. The digital asset was up by 5.5% in the last 24-hours, with VET trading at $ 0.011, at press time.

The short-term view of VeChain prices remained bullish, as could be seen from its technical indicators.

The buy liquidities remained strong. The capital inflows were much higher than the capital outflows, as underlined by the Chaikin Money Flow.

The MACD also gave a strong buy signal, indicating the presence of good buying momentum. This meant that despite the minor price dip, VET bulls were still in charge. The price could shoot back up towards the $ 0.0121-resistance level.

XRP Technical Analysis: Bears to have a strong hold on the cryptocurrency

What Is Zombie Battleground?