The Crypto Fear and Green Index noted a reading of 53 on the day when Bitcoin, the world’s largest cryptocurrency, surged past $11k to trade at $11,376, at press time. Tron, whose recent movements have been bearish, was yet to signal a reversal on the charts. Further down the line, while Waves could be poised to make further gains after its price seemingly bottomed, FTX Token appeared to break out of a month-long downtrend. 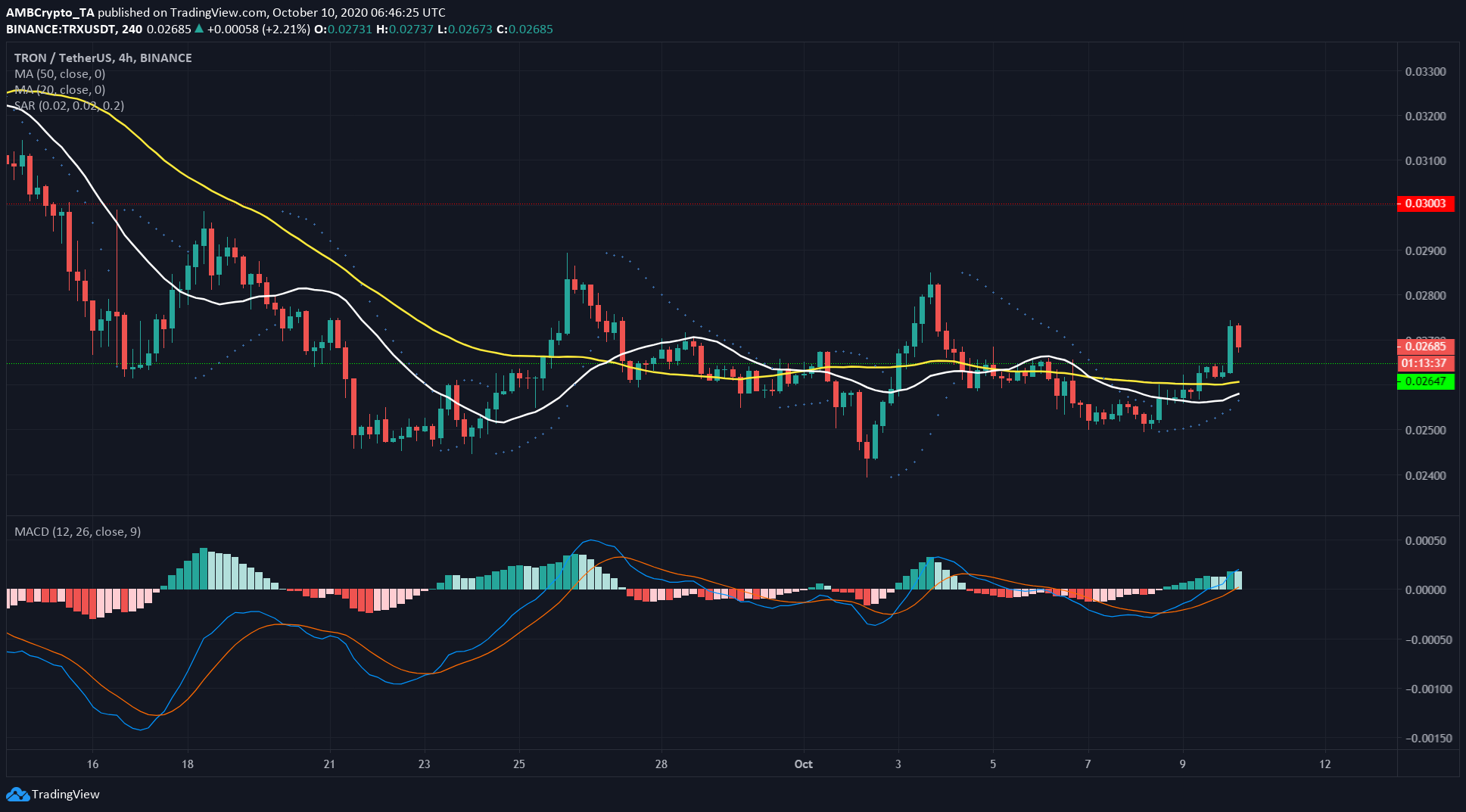 Tron has been setting a series of lower highs since mid-September. In the short-term also, the prevailing downtrend seemed to have persisted. However, Tron did not note a lower low recently, a probable sign of a shorter-term uptrend.

It can be expected that the longer-term trend would win, however, unless TRX sets a higher high. The MACD also formed a bullish crossover and moved upwards past zero, giving a strong buy signal.

The Parabolic SAR also generated a buy signal. The 20 SMA (white) was moving beneath the 50 SMA (yellow), but a bullish crossover was not unlikely in the next few trading sessions. 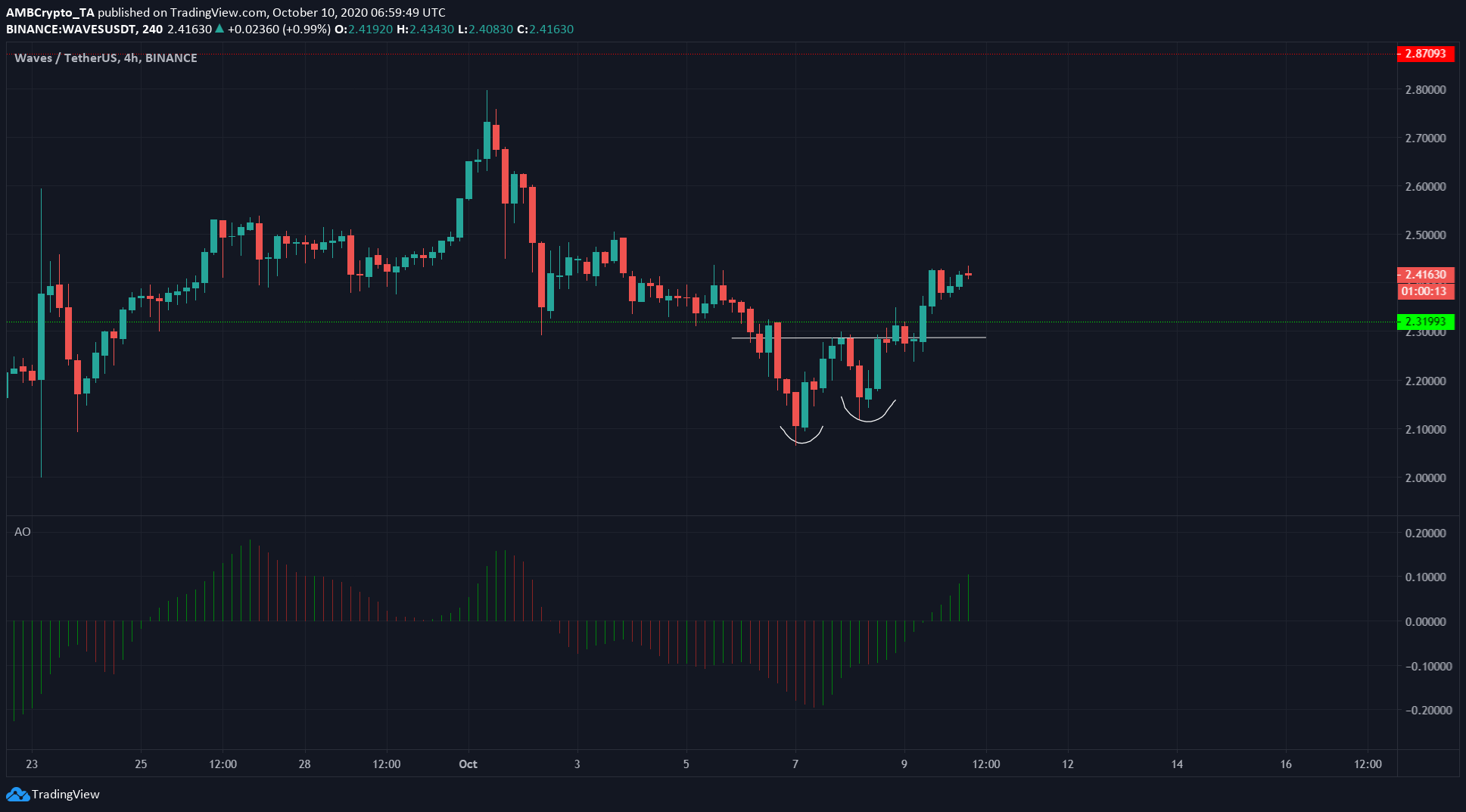 Shown in white, a double bottom pattern could be seen on the charts. While this pattern is generally more reliable over a higher time frame, the price action following the pattern seemed convincing.

The pattern’s peaks were within 3% of one another, with the crest between the two troughs 9% higher in value than the lowest point of the formation.

This suggested that WAVES would reach $2.5 in the next few trading sessions. Further, the Awesome Oscillator also registered a shift in momentum toward bullish. 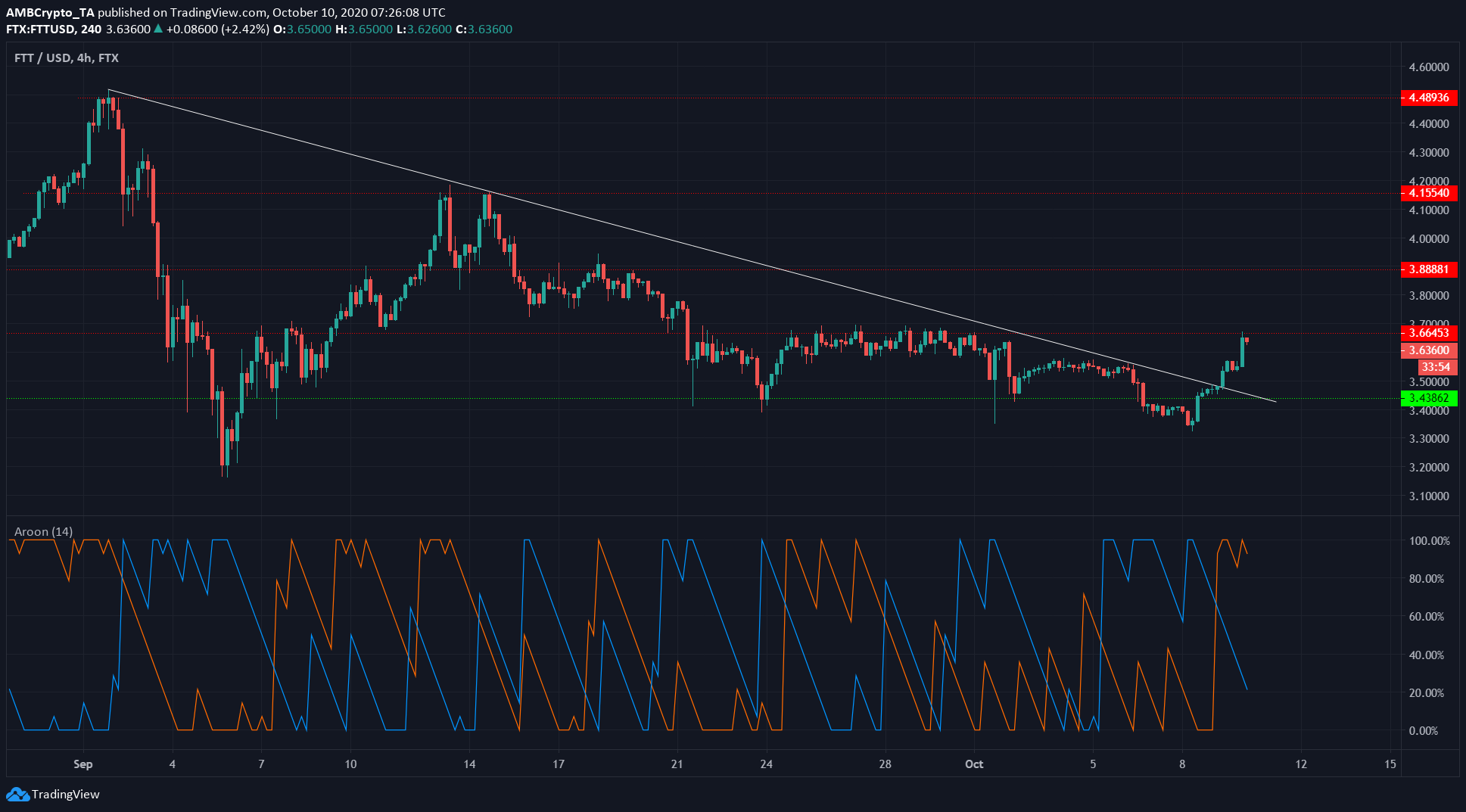 The white descending trendline captured the general downtrend of the past month. Very recently, FTT broke out to the upside of this trendline resistance.

It faced a level of resistance at $3.66, and $3.88 past that level. However, in the short-term, as shown by the Aroon Indicator, an uptrend was established and the price moved upside of the longer-term trendline resistance.

In conclusion, this was bullish for FTT whose further performances also hinged on the general market outlook.