For over a century the Olympia theatre has lured big names to Dublin including Charlie Chaplin, Laurel and Hardy, Noël Coward, David Bowie and Tom Waits.

But now the historic stage and music venue in Ireland’s capital is embroiled in a drama over its own name.

Last week it announced a sponsorship deal with Three, the mobile phone company, and a new name: 3Olympia.

Since then, the public response has not been kind, ranging from ire, bafflement and scorn. The family of the former theatre’s late owner, Gerry Sinnott, said the change was “cultural vandalism” and is organising a petition to reverse it.

It is not the first name change to trigger a backlash. Irish sports fans objected when Dublin’s Lansdowne Road stadium became Aviva, after the insurance company, and they refused to call Cork’s Musgrave Park stadium the Irish Independent Park, prompting an end to the newspaper sponsorship deal.

Some Arsenal fans still refer to the Emirates Stadium as Ashburton Grove. Chicago residents commonly call Willis Tower the Sears Tower, a decade after its renaming. The O2 entertainment district in London escaped serious blowback because few missed the site’s previous incarnation as the Millennium Dome.

The Olympia theatre was founded in 1879 and was initially known as Dan Lowrey’s Star of Erin music hall. It underwent several name changes unrelated to sponsorship – and became the Olympia in 1923.

After a rocky period in the 1970s, Sinnott took over and revived the theatre – known to some as the Old Lady of Dame Street – with famous performers, lavish musicals, comedy nights and cutting-edge theatre.

His daughter Fiona Sinnott, a former actor who performed on the stage, said the renaming tainted the theatre and sponsor.

“It should be possible to provide support and make the headline sponsorship perfectly visible without an act of cultural vandalism that damages both brands and erodes the trust of the people of Dublin,” she said.

Sinnott said the family, encouraged by support on social media, was organising a petition and may lobby for a law to protect cultural names. “History matters. Our culture is part of the beating heart of Ireland, and with the greatest respect to Three, a global telecoms entity based in Hong Kong doesn’t perhaps understand that.”

Signage at the venue reads 3Olympia, with the exception of the name over the porch canopy, which remains Olympia.

The owner, Caroline Downey, said the eight-year sponsorship deal with Three Ireland would help the theatre recover from the Covid-19 pandemic. “This new partnership is more important than ever in supporting the venue to reopen its doors once again.” She said Three, which sponsors festivals and another Dublin-based venue, 3Arena, was one of Ireland’s most important music supporters.

Three said in a statement it was acutely aware of the theatre’s rich history and said it will respect the building and its traditions during the sponsorship tenure. “While there have been some new additions such as new signage being installed, the natural and authentic aesthetic of the theatre, both inside and out, shall remain for customers to enjoy.”

The company promised major investment. “Three is a long-term supporter of live music and events and we hope that our investment in 3Olympia Theatre will be of significant support as it reopens, along with the rest of the industry, following the closures brought on by Covid-19, and will help it thrive for many years to come.”

Critics on Twitter complained the new name was confusing. “No one is going to call it the ‘3Olympia’. How do you even pronounce that?” said one. “It looks like ‘30 Lympia’,” said another. 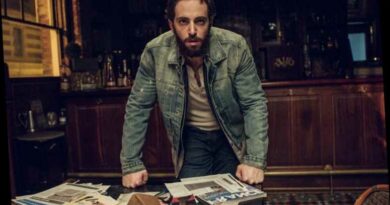