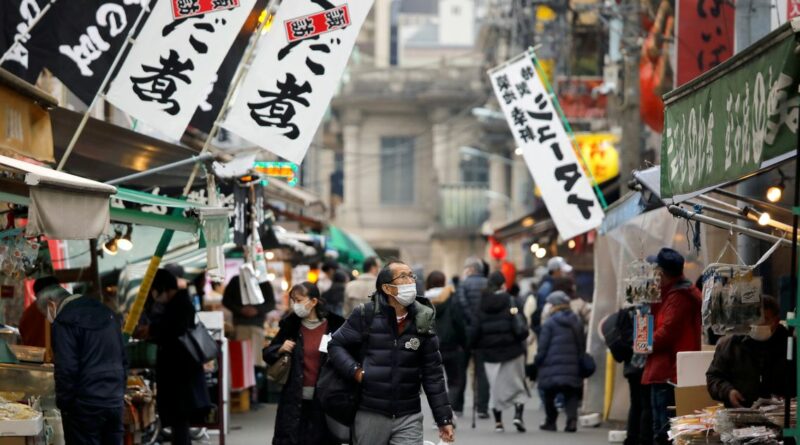 Japan has confirmed that a new mutated version of the coronavirus that causes Covid-19 has been found in four people who had recently arrived in the country from Brazil.

The Asian country's health ministry confirmed that both men and women were infected, with ages ranging from teenagers to people in their 40s.

While there are similarities to newly-discovered mutant strains first reported in the U.K. and South Africa, it is believed that this particular type has not been spotted before.

This brings to 34 the number of confirmed infections from a variant strain in Japan. Of these, three are cases in which the person did not arrive from overseas, including two cases of the U.K. strain found on Sunday.

The Japanese government confirmed it had informed the World Health Organisation of the new strain.

The infected passengers arrived at Tokyo's Haneda Airport on Jan. 2, it has been reported

After they tested positive at the airport, the National Institute of Infectious Diseases analysed their samples and confirmed the COVID-19 variant.

Three of the four infected had shown symptoms such as difficulty breathing, fever and sore throat.

There is also no evidence yet on the effect of current Covid-19 vaccines upon it.

Earlier this week, UK scientists revealed they had traced the exact spread of the UK's mutant strain, which has been blamed for a huge spike in infections across south east England and London in the weeks before Christmas.

The first sample was discovered in a person who lived near Canterbury, Kent, back in September, according to scientists.

It then spread through the London boroughs of Bexley, Greenwich and Havering before more widespread transmission.

Kenosha shooter’s mother tries to deflect blame from her son