Home » Politics » Trump has not lowered flags in honor of an officer who died from injuries sustained amid the riot. 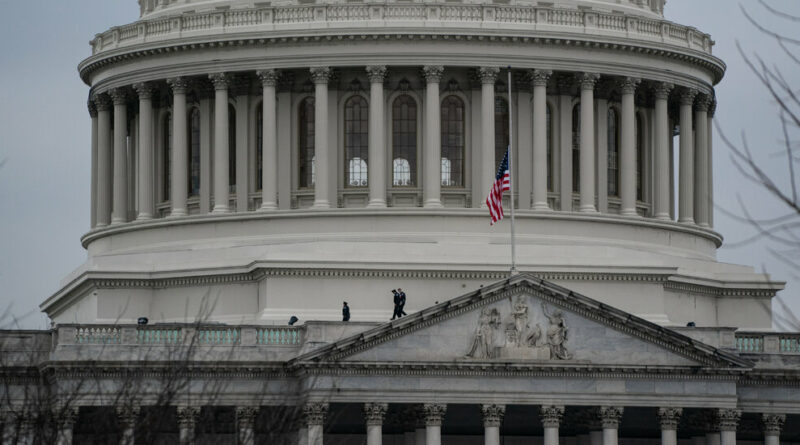 President Trump has not ordered the flags on federal buildings to fly at half-staff in honor of Brian D. Sicknick, a police officer who was killed after trying to fend off pro-Trump loyalists during the siege at the Capitol on Wednesday.

While the flags at the Capitol have been lowered, Mr. Trump has not issued a similar order for federal buildings under his control. A White House spokeswoman did not respond to a request for comment.

Mr. Sicknick, 42, an officer for the Capitol Police, died on Thursday from brain injuries he sustained after Trump loyalists who overtook the complex struck him in the head with a fire extinguisher, according to two law enforcement officials. Hours earlier, addressing supporters at a rally steps from the White House, Mr. Trump denounced the 2020 election as stolen from him and instructed them to march “peacefully” to the Capitol while also repeatedly noting that his side needed to “fight.”

Mr. Trump has not reached out to Mr. Sicknick’s family, although Vice President Mike Pence called to offer condolences, an aide to Mr. Pence said.

Some of the calls for violence during the riot on Wednesday were directed at Mr. Pence, who had made clear to the president that he did not believe he had the power to change the election result, and suggested that the vice president be hanged. Mr. Pence was whisked to a secure location at the Capitol as the rioters broke into the building, but rebuffed attempts by the Secret Service to evacuate him.

Asked whether Mr. Trump had a response to his supporters making such a demand, Judd Deere, a White House spokesman, said, “We strongly condemn all calls to violence, including those against any member of this administration.”

He did not name Mr. Pence. The president and the vice president have not spoken since Wednesday morning, before the riot unfolded, an administration official said.