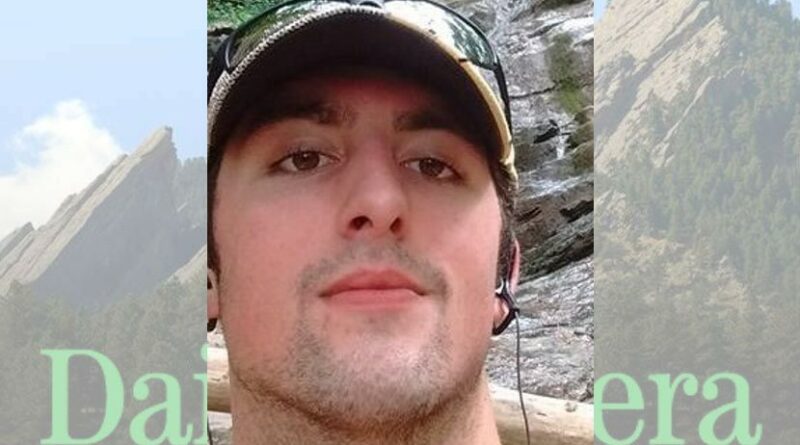 An Arvada hiker whose body was found in July, after he was reported missing in February, most likely died from elemental exposure or hypothermia, according to a Boulder County Coroner’s autopsy report.

The remains of Joshua Hall, 27, were found July 1 near the Diamond Lake Trail. A volunteer with the Front Range Rescue Dogs organization, who had preparing to do an organized search for Hall, located the remains.

According to the autopsy report, it had been noted that about the time Hall was in the area there was “extremely cold and snowy weather conditions.” Hall’s manner of death was classified as an accident.

Hall had first been reported missing Feb. 3, after he was overdue from a hiking trip. The Daily Camera reported Hall had departed with his dog Happy about 9:30 a.m. from the Hessie Trailhead near Nederland, where his vehicle was later found. A cellphone ping put his phone near the Continental Divide Trail about noon.

A passerby on Feb. 11 found Happy alive and wandering Peak to Peak Highway south of Ward.

The Boulder County Sheriff’s Office said volunteers and numerous organizations spent more than 700 hours searching for Hall. The sheriff’s office on July 3 released a statement from Hall’s family, after the remains were confirmed to belong to Hall.

“While we are devastated and forever heartbroken, we are grateful and relieved that Josh has been found,” the statement read. “We want to express our deepest appreciation to the Boulder County Sheriff’s Office, the numerous search and rescue teams and the angel hikers that never stopped looking for our son. These men and women spent hundreds, if not thousands, of hours searching for our son and never once gave up.”

The family recognized Hall as a person who lived life to the fullest, made others laugh and appreciated the beauty of his surroundings, while always striving to learn.

“His adventurous spirit inspired all of us to try new things, meet new people, and explore new trails,” the statement read. “While we grieve the loss of our son, we will strive to find comfort in the fact Josh died doing what he loved, and that he is and will always be part of Indian Peak Wilderness.”