Home » World News » As climate 'net-zero' plans grow, so do concerns from scientists 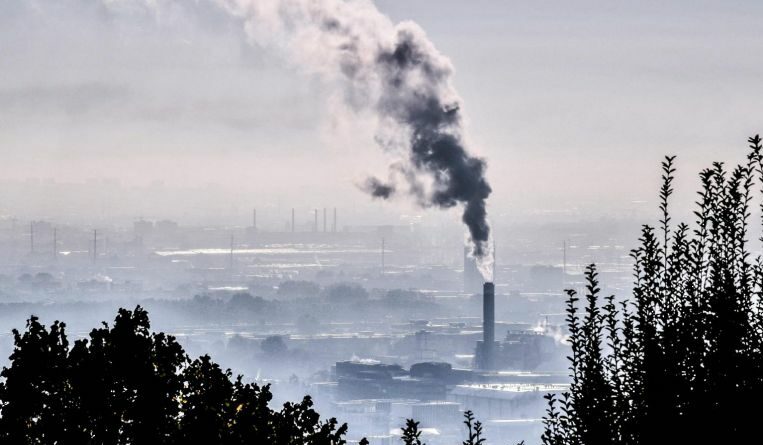 PARIS (AFP) – Faced with the prospect that climate change will drive ever deadlier heat waves, rising seas and crop failures that will menace the global food system, countries, corporations and cities appear to have come up with a plan: Net zero.

The concept is simple: starting now, to ensure that by a certain date – usually 2050 – they absorb as much carbon dioxide as they emit, thereby achieving carbon neutrality.

But scientists and monitoring groups are growing increasingly alarmed at the slew of vague net-zero pledges that appear to privilege offsets and future technological breakthroughs over short-term emissions cuts.

“They’re not fit for purpose, any of them,” Myles Allen, director of Oxford Net Zero at the University of Oxford said of today’s carbon neutrality plans.

“You can’t offset continued fossil fuel use by planting trees for very long. Nobody has even acknowledged that in their net-zero plans, even the really ambitious countries,” he told Agence France-Presse.

Last month’s COP26 climate summit in Glasgow saw major emitter India commit for the first time to work towards net-zero emissions, joining the likes of China, the United States and the European Union.

According to Net Zero Tracker (NZT), 90 per cent of global GDP is now covered by some sort of net-zero plan. But it said that the vast majority remain ill-defined.

Take offsets. These are when countries or companies deploy measures – such as tree planting or direct CO2 capture – to compensate for the emissions they produce. NZT found that 91 per cent of country targets, and 48 per cent of public company targets, failed to even specify whether offsets feature in their net-zero plans.

What’s more, it found that less than a third (32 per cent) of corporate net-zero targets cover what are known as “scope 3 emissions” – those from a company’s product, which normally account for the vast majority of carbon pollution from a given business.

“From a climate point of view it matters, the companies are driving emissions not only through their operations but also through what they buy and sell,” he told AFP.

“And that constitutes their business model. A company wouldn’t exist without their product and so their product needs considering from an emissions point of view.”

It found that they would see emissions increase 13.7 per cent by 2030, when they must fall by roughly half to keep the Paris Agreement warming limit of 1.5 deg C within reach.

Of the 74 countries that have published detailed net-zero plans, the UNFCCC found that their emissions would fall 70-79 per cent by 2050 – a significant drop, but still not net zero.

Stuart Parkinson, executive director of Scientists for Global Responsibility (SGR), said governments had started to use net-zero pledges as a way of delaying the immediate action the atmosphere needs.

“From our perspective, that’s thoroughly irresponsible,” he said.

“It is kicking the problem into the long grass and relying on speculative efforts in technology when we know that we can change behaviour right here and now and reduce emissions.”

Many countries and businesses plan to deploy mass reforestation as part of net-zero plans. Experts say this is problematic for two reasons.

The first is simple science: Earth’s plants and soil already absorb enormous amounts of manmade CO2 and there are signs that carbon sinks such as tropical forests are reaching saturation point.

“The concern is that the biosphere is turning from a sink to a source by warming itself,” said Allen.

“So relying on the biosphere to store fossil carbon is really daft when we may well need all the nature-based solutions we can find just to keep the carbon content of the biosphere stable.”

But the concept is also problematic from the perspective of human rights and fairness.

“When it comes to the competition for land to plant trees and bioenergy, that’s going to impact low-income communities, the ones that have done the least to cause the problem,” Anderson told AFP.

And because humans have already burned through most of the carbon budget – that is, how much total carbon pollution we can produce before 1.5 deg C is breached – there simply isn’t time to delay.

This year the UN’s Intergovernmental Panel on Climate Change found that since 1850, humans had emitted around 2,400 billion tonnes of CO2 equivalent. That leaves just 460 billion tonnes left before 1.5 deg C is breached – around 11 years at current emissions rates.

Pineda said that while hundreds of companies have made net-zero pledges, “very few” have concrete long-term plans to decarbonise.

“We need to be very sceptical of any target that doesn’t have clear milestones in terms of how the company is going to halve emissions by 2030,” he said.

“Any net-zero target without a 2030 milestone is just unbelievable, basically.”

Myanmar plane crash: Aircraft BREAKS IN HALF after crash landing at Yangon Airport