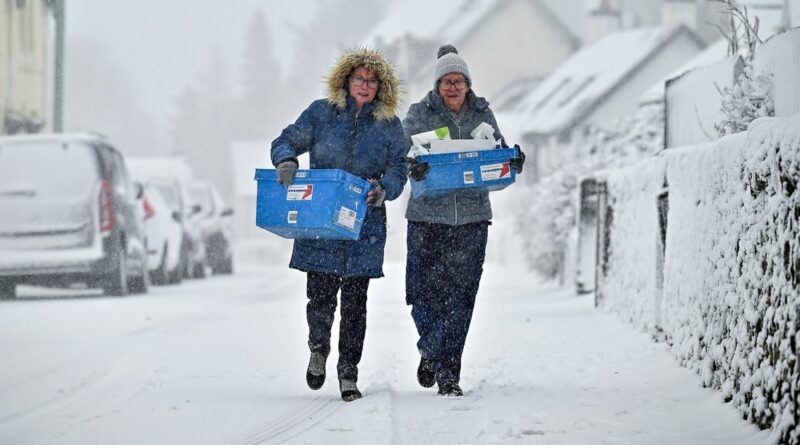 Britain could be finally be set for a fairytale 'white Christmas' as meteorologists currently predict a blanket of snow to land across the nation on the eve of December 25.

New maps from the independent weather forecaster WXCharts show snowfall arriving from the Atlantic beginning on the week leading up to the big day itself – with further flakes expected for millions of Brits on Christmas Eve and Day.

Up to 2cm an hour could land on some areas in the north and west of England as well as Scotland, with much of this expected to land overnight beforehand.

The maps show a cold weather front moving in from the north down to Scotland on December 23. Northern Ireland and towns in the very north of England may also be lucky to see the white stuff two days before Christmas.

On the morning of December 24, the current forecast details more snow coming in at the top of the UK as the weather front sweeps eastwards towards Europe. It appears coastal areas may be on the edge of the ice-cold flurries.

It would be the first widespread occurrence on Christmas Day since 2010, when the Met Office recorded ground covering at 83% of its weather stations.

Last year was technically also a white Christmas, as there was snow recorded falling on Christmas day — although the Met Office says this was only true for a mere 9% of the entire nation.

Bookmakers have now begun slashing odds on residents of major cities waking up to a snowy scene for their festive fun. Coral's Harry Aitkenhead said: "Punters love having a flutter on a White Christmas and this year is proving no different, with many of the UK clearly dreaming of a dash of the white stuff on the big day."

He revealed that Edinburgh is the most likely of all UK cities for snow on Christmas Day, according to the odds.

He added: "The capital being doused in snow seems the least likely according to the market, however, Newcastle and Birmingham could well see snow this Christmas"

Would you like to see a White Christmas in the UK this year? Let us know in the comments below! However, the Met Office currently does not have snow for their Christmas forecast.

Previously, the weather forecaster has said that they prefer to issue a prediction a few days before December 25, so it's unlikely Brits will hear from the Met Office anytime soon.

For the period of December 23 to January 6, their prediction reads: "Heading into the Christmas period, widespread settled conditions are likely.

"Temperatures perhaps close to or slightly above average for this time of year, however, some colder interludes may bring a risk of frost at times.

"The last week of December and into early January is looking to remain settled, with an increasing chance of frost and fog during clearer spells for Christmas and towards New Year."

In the meantime, conditions are expected to be more moderate this weekend after Storm Barra caused huge damage in parts of the UK. Porthcrawl Harbour in Wales suffered "significant damage" when it was battered by waves on Wednesday, while some passengers were stuck on ferries outside Holyhead Port for 14 hours due to hostile conditions.

The Met Office forecast for Thursday, December 9, sees showers "easing away northeastwards" with clear weather expected for most of the country.

Brits can expect more wind and rain over the coming days as the effects of the recent two storms begin to subside. 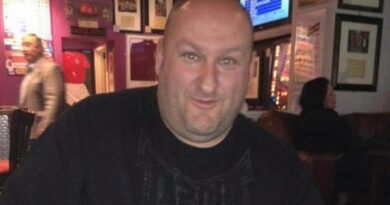 Victory for Liverpool's gyms as Government backs down over closures